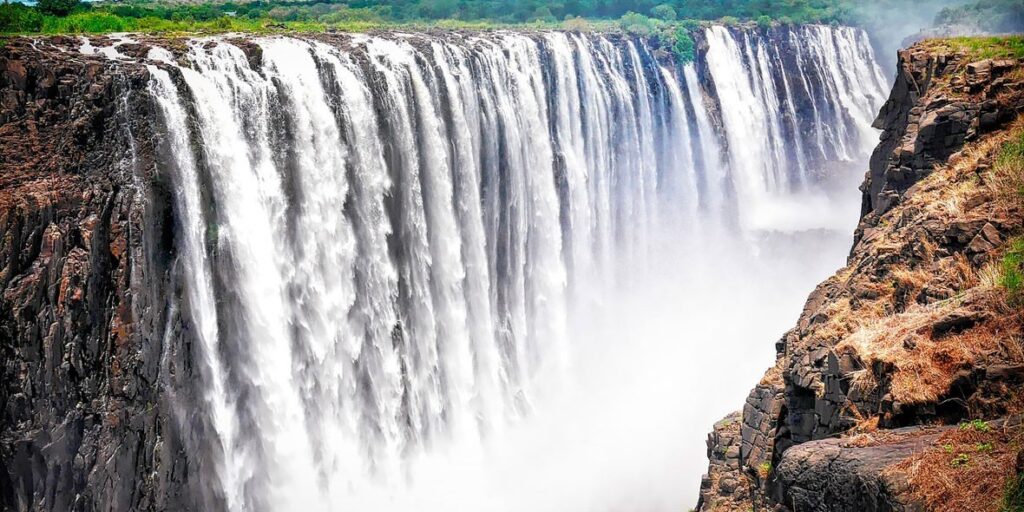 ZAMBIANS are divided over the warning by the United Nations Educational, Scientific and Cultural Organisation (UNESCO) Victoria Falls could lose its world heritage site status.

The agency attributed the likely loss of the status to development of a golf course, lodges and a hydroelectric dam near the natural wonder that is between Zambia and Zimbabwe.

It is believed such projects would tamper some animal corridors and natural sites.

Zambians are divided as to whether the country must grow the tourism industry and have the falls risk losing its world heritage status, or to retain the status at the expense of the growth of the lucrative sector.

“The benefits outweigh the status, which doesn’t even bring us any financial benefits as a country. Those construction projects will create jobs, increase power generation and will do us well as a country,” Chabu added.

“It is better we proceed with the project than maintaining a status that is just symbolic and will not bring us any benefits,” he added.

“Today, Europe is being affected by global warming because of the disruption in the natural environment. We cannot afford it,” said Mwansa.

In fact, Southern Africa, where Zambia is located is warming faster than rest of world.

Noah Banda also supported the stance by UNESCO on the Victoria Falls.

“UNESCO is right on this one,” he said.

“We need to preserve this area from artificial disturbances such as building all around this area,” Banda said.

Banda believes the said projects would eventually destroy the natural and nature balance in terms of fauna and flora.

“We must not overbuild. We need to adjust for the sake of sustainability, taking in mind future environmental balance,” he said expertly.

Other Zambians believe if the construction of the projects went ahead, and Victoria Falls lose its status, it would still be counterproductive as the status was draw card for tourists in the first place.

The hotel thus would be a white elephant.

“What’s the use of the hotel if the place is no longer a tourist attraction?” Muweme Muweme quipped.

Johnstone Chikwanda, the energy expert also supports foregoing the world heritage status in favour of the projects that UNESCO is against.

He argued the Batoka Gorge Dam project, for example, would generate 2 400MW of energy, at a time Africa has 640 million without power.

Victoria Falls, on the Zambezi River, has enjoyed world heritage status since 1989.

The region teems with wildlife moving between some national parks.

There are sizeable populations of elephant, Cape buffalo, giraffe, Grant’s zebra, and a variety of antelope as well as vervet monkeys and baboons.

The river above the falls contains vast populations of hippopotamus and crocodile.

Herons, fish eagles and numerous kinds of waterfowl are common.

The Zambazi is said to be home to over 120 species of fish in the area.

A notable aspect of the area’s vegetation is the rainforest nurtured by the spray from the falls.