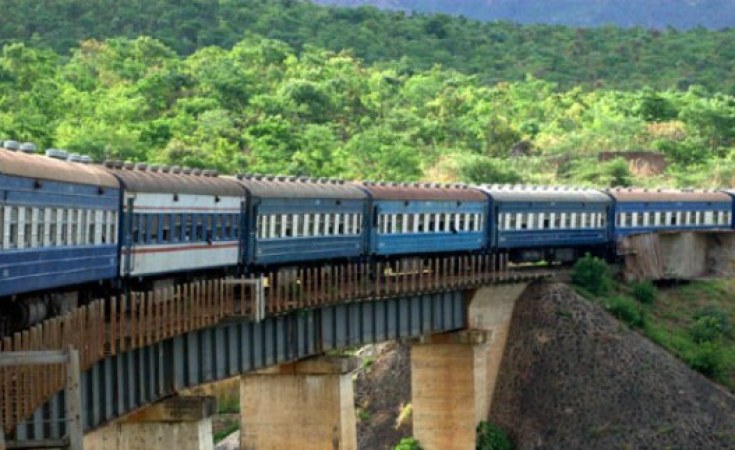 The government spent US$ 1.6M on contracting a Chinese company, Jiangsu Gold Civil Construction, to repair the TAZARA Railway line across the Chambeshi River in Muchinga province. The government wants the repair work to be concluded as soon as possible, according to Muchinga Province Assistant Secretary Chiwele Kondomone, who recently inspected the repair work.

Kondomone claimed that the suspension in train service had a significant impact on the flow of goods and services into and out of Tanzania’s port of Dar-Salaam. The assistant secretary, accompanied by Kanchibiya district commissioner Chrispin Chilekwa, requested that the contractor make sure that the task is completed by the scheduled deadline of August.

Mr. Kondomone stated that the government wants to see the project completed as quickly as possible. This will allow the return of both goods and passenger trains, which were suspended last year. The project has progressed significantly following the arrival on site of steel members fabricated in South Africa, as per the TAZARA Clerk of Works Sternly Shimishi.

Repair work on the TAZARA Railway line across the Chambeshi River is anticipated to be completed on August 30, 2022, according to project consultant Caron Kasumba. The contractor is determined to deliver a quality result by the end of this month, according to Kasumba.

Kasumba confirmed that the work is progressing well and that all engineering requirements are being taken seriously. Furthermore, he said that since the arrival of the steel members that have already been fabricated in South Africa, huge progress has been made.

After a cargo train hit the steel members in May of last year, the TAZARA bridge in Kanchibiya across the Chambeshi River was damaged. Train movements for both passenger and cargo trains were halted as a result of the development.

It was initially expected that the damaged TAZARA bridge would be repaired by July of last month, but that did not materialize.

The Tazara Railway is also known as the Uhuru Railway or Tanzam Railway. It is located in East Africa linking the port of Dar es Salaam in east Tanzania with the town of Kapiri Mposhi in Zambia’s Central Province. The single-track railway is 1,860 km long and is operated by the Tanzania-Zambia Railway Authority (TAZARA).

The railway was built from 1970 to 1975 with the support of China. At its completion, TAZARA was not only the longest railway in sub-Saharan Africa but also the largest single foreign-aid project undertaken by China at the time. It reportedly cost US $406 million.

In August 2022, the presidents of Zambia and Tanzania issued a joint statement to launch a new project to revitalize the railway. This took place during a state visit by Zambian president Hakainde Hichilema to Tanzania. The project in question will be carried out through a Public Private Partnership and it will convert the Tazara Railway to Standard gauge.

The Tanzania-Zambia Railway Authority (TAZARA) is in the process of acquiring new management to run the railway project into a profitable range.

The China Railway Construction Corporation (CRCC), the contractor and consultant of Tanzania Zambia Railway, is to select one out of three models presented by Tanzania on the best way of turning around the 1,860-kilometre rail line. The CRCC Executive Director, and the Vice-President, Mr. Zhenyi Hu, said that they will ensure that they speed up the selection so that TAZARA can be born again with the new administration. The exact time when the project will be complete is not yet known.

Recently, Tanzania Ambassador to China, Lt General Abdulrahaman Shimbo said the talks were at an advanced stage that would see current TAZARA management overhauled to make it operate smoothly.

TAZARA links the Southern African regional transport network to East Africa and the rest of the world through the East African seaport of Dar es Salaam. It runs from the port of Dar-es-Salaam in Tanzania to the Town of Kapiri Mposhi in Central Zambia where it links with the existing Zambia Railway system.

Despite running at a quarter of its capacity today, during its four-decade existence, TAZARA transported over 50 million passengers and more than 30 million tonnes of freight.

TAZARA was the first international construction project to be carried out by a Chinese company and was financed by China to the tune of US$ 500m in the 1970s.

Tanzania-Zambia Railway to be extended to four countries The Tanzania-Zambia Railway (Tazara) is yet to be extended to four other countries including Rwanda, Burundi, Malawi, and Eastern DR Congo as well as to Tanzania’s multibillion-dollar Bagamoyo port.

This is according to Government officials from Tanzania, China, and Zambia who met in Dar es Salaam to discuss the ailing infrastructure link that runs from Dar es Salaam to Kapiri- Mposhi in Zambia.

Rowland Msiska, secretary to the Zambia Cabinet said that the plan is part of the China-Africa co-operation plan which was discussed at the Forum on China-Africa Co-operation in Johannesburg, South Africa in December 2015. Mr. Msiska further said that the revamping and extension of the railway will be financed by China and he also said that the Southern DR Congo is already connected to Tazara through Zambia Railways.

The initiative of planning to connect Tazara with the mega Bagamoyo port will be a boost to the country as it will allow major companies in the region to connect to the port and ease the shipping of cargoes. The plans were decided upon after major infrastructural deteriorations were established by the Chinese firm- Third Railway Survey and Design Institute Group (TSDI), which conducted a survey between June and December 2012.

The Tanzanian government is also working with China on another major project that will involve the construction of the Bagamoyo port, its special economic zone (SEZ), and a 40km railway line to link the Bagamoyo SEZ with the Tazara railway line at Pugu.

Refurbishment of TAZARA railway line to receive US $1.2bn boost The government of china has announced plans to offer approximately US $1.2bn to the Tanzania Zambia Railway Authority (TAZARA) for the rehabilitation of the railway line shared by the two states (Tanzania and Zambia).

According to the Chinese ambassador to Tanzania, Wang Ke, her country is ready to explore ways and means of upgrading and overhauling the TAZARA line once a consensus is reached.

The ambassador noted that the embassy had initiated talks with the government over the fund stressing that her country was ready, willing, and able to support the refurbishment, and reminded that joint efforts by China, Tanzania, and Zambia in overcoming numerous difficulties and obstacles were highly needed to reach the target.

In addition to that, the TAZARA Deputy Managing Director, Dr. Bertram Kiswaga said that additional efforts would go a long way in ensuring the performance of the railway was improved. The meeting recommended major renovations to the rusty narrow gauge railway line and approve plans to link Tazara to Tanzania’s multibillion-dollar Bagamoyo port, as well as to Malawi, DR Congo, Rwanda, and Burundi.

The birth of TAZARA

TAZARA was constructed as a turnkey project between 1970 and 1975 through the interest-free loan of US $500m from the People`s Republic of China, with commercial operations starting in July 1976, covering 1,860 kilometers from Dar es Salaam to New Kapiri Mposhi North Eat of Zambia.

The Chinese government provided about US $1bn in financial support, 50,000 engineering and technical personnel, and one million tonnes of material and equipment despite facing financial difficulties at that time.

At its completion, the TAZARA railway was the longest railway line in sub-Saharan Africa. It was also the largest single foreign-aid project undertaken by China at the time. 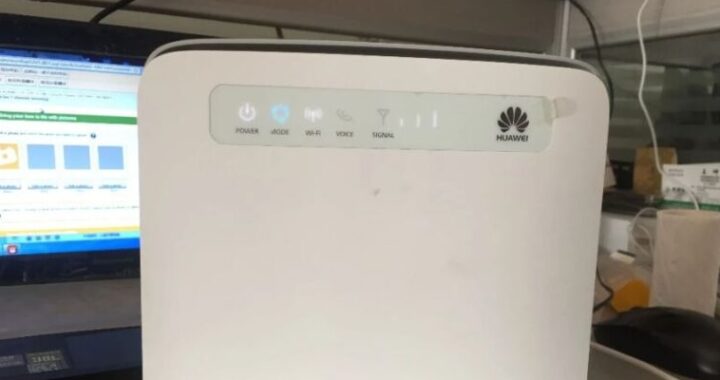 TENDER FOR THE PROVISION OF INTERNET ACCESS | UGANDA 1 min read 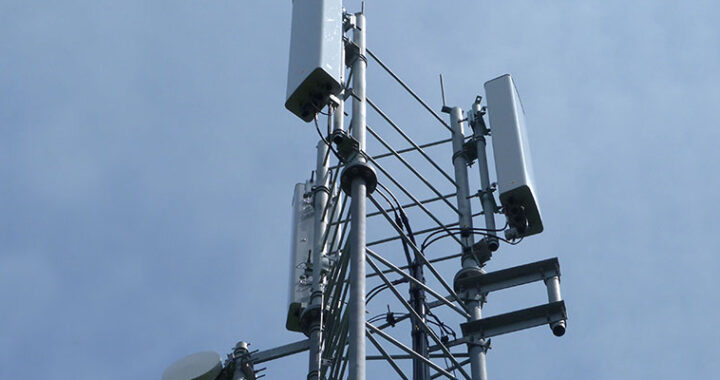 TENDER FOR THE SERVICING AND MAINTENANCE OF TELECOMMUNICATION LATTICE MASTS | KENYA 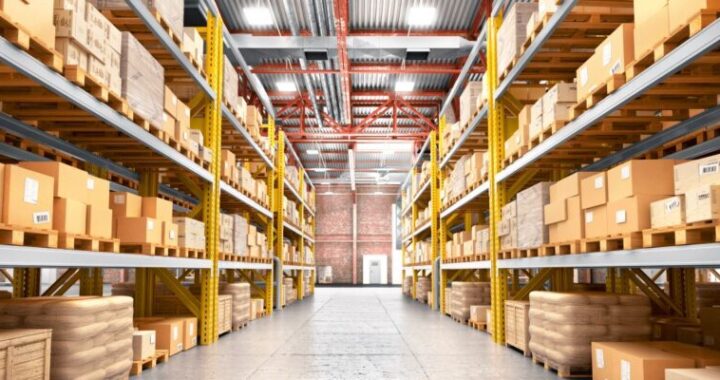 TENDER FOR THE PROVISION OF WAREHOUSING SERVICES FOR UNHCR OPERATION | ETHIOPIA