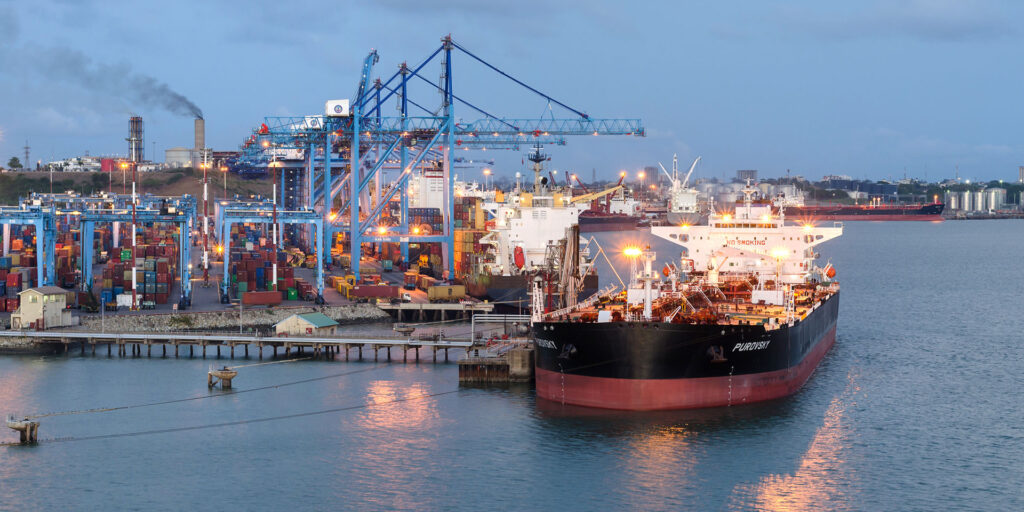 Recent mega infrastructure projects by the government, aims to transform the Port of Mombasa into the most efficient and modern port in the region.

Mombasa port is the gateway for landlocked countries such as Uganda, Rwanda, Burundi and South Sudan, and has lately witnessed major improvement through multi-billion infrastructural, technology and modern equipment investment.

The infrastructural improvement under the Mombasa Port Development Programme (MPDP) initiative, has seen the construction of a Sh500 million modern tug jetty at the marine dockyard, which is crucial for port operations.

The new port infrastructure developments are envisaged to firmly consolidate the new era of the port as a critical transport and logistics hub in the region.

The port expansion projects seek to transform the Mombasa port, the gateway to East and Central Africa, into the most efficient, competitive, modern and safe port in Africa.

The port expansion works are part of plans to transform Mombasa port into the region’s transport and trade hub besides improving its efficiency and giving it a competitive edge.

According to the government and maritime stakeholders, the improvement of the port infrastructure will catapult Kenya into the league of key global transshipment and commercial maritime hubs.

Stakeholders contend that the unparalleled port investments will in the long run improve cargo handling, operational efficiency and decongest the port.

“The overall objective is to make the port of Mombasa a classic facility, achieve high productivity and guarantee efficient cargo freight services to importers and exporters,” said Dr. Karanja Kibicho, Principal Secretary for Interior and Coordination of National Government.

Dr. Kibicho who is also the Chairman of the National Development Implementation Technical Committee (NDITC), which oversees implementation of government projects and programmes expressed satisfaction on the positive developments and measures to make the port more efficient and competitive.

Speaking during a recent inspection tour of port operations by the Committee, Dr. Kibicho called on all the players to strive to improve efficiency and reduce cost of doing business to make the port one of the best globally.

Last week, KPA was handed over the completed Phase Two of the Second Container Terminal, that has an additional capacity of 450,000 TEUs by the Japanese contractor, Toyo Construction Company.

The Acting KPA Managing Director, Amb. John Mwangemi, commended the contractor for completing the project on schedule, saying this will increase the port capacity to 2.1 million TEUs, which will make Mombasa among the top five ports in Africa.

“I wish to commit here that we shall put our best foot forward to ensure optimal utilization of this facility for the benefit of Kenya and the region,” said the KPA boss.

The project will have three berths with lengths of 230,320 and 350 meters where the largest berths will handle Panamax container ships of 20,000 deadweight tonnage and post Panamax vessels of 60,000.

Phase one of the second container terminals built at a cost of Sh26 billion which involved reclaiming a sea area of about 50 acres creating 550,000 Twenty-Foot Equivalent Unit (TEUs) capacities was commissioned in 2016.

The completion of the new Kipevu Oil Terminal, which is among national government legacy projects will enable Kenya to double its capacity to handle petroleum products.

The new terminal which can handle up to four vessels at a time compared with the old one which has a capacity of only one vessel is also expected to cut the cost of petroleum products by reducing the cost of demurrage.

The modern facility has a capacity to accommodate vessels of up to 200,000 Dead-Weight Tonnage (DWT) and have both subsea and land-based pipelines connecting it to the storage facilities in Kipevu.

Energy and Petroleum Cabinet Secretary Monica Juma described the project as a game changer for the country as Kenya moves to become the biggest petroleum products handler in the region.

“Kenya should be proud of this facility which is very important in our energy and petroleum sector,’’ said Ms. Juma during her recent tour of the port.

The CS noted that the new oil terminal will ensure Mombasa assumes its place as a commercial hub not just for Kenya but for the region and the West Indian Coast.

Mombasa Port remains among the top 120 world container ports and among the top six in Africa. It is connected to over 80 ports globally and served by over 40 shipping lines.