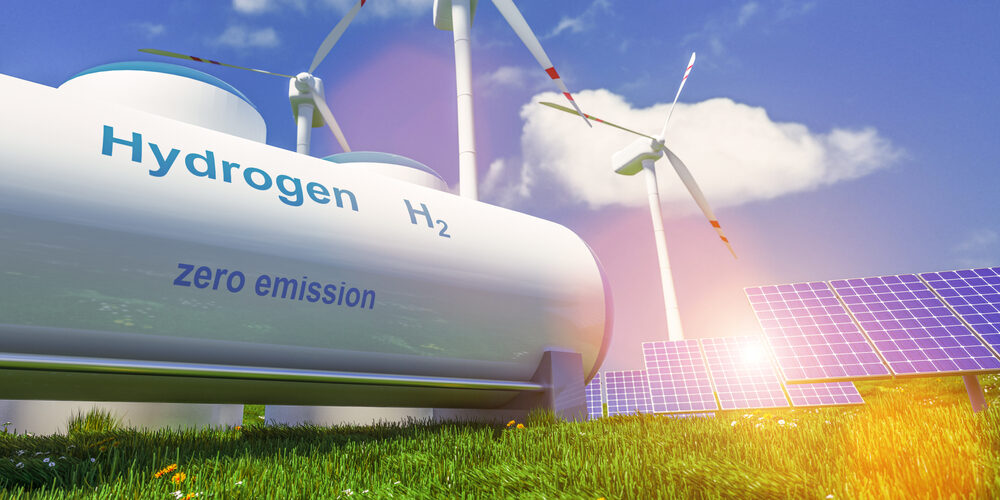 Green hydrogen will be one of the largest economic opportunities over the next 30 years. Driven by international actions to combat climate change, it has the potential to revolutionise numerous value chains in the energy industry and across both the mobility and manufacturing sectors. With rapidly improving technology and decreasing costs for fuel cells, green hydrogen is becoming a more appealing fuel alternative in Africa.

At the core of green hydrogen production is the availability of renewable energy that is not being utilised for its prime role as electricity supply. For Europe, the lack of spare renewable energy capacity will be a roadblock for the hydrogen economy and so the search is on for viable locations for production. Pilot projects have started in Chile and the Middle East, but the greatest opportunities lie in Africa with many European backed schemes at various stages in the planning process.

Backed by Africa’s extensive renewable energy resources – the International Renewable Energy Agency estimates that renewable energy capacity in Africa could reach 310GW by 2030. The hope is that development of green hydrogen projects will not only address continent-wide energy demand, increasing energy security and contribute to domestic energy independence, but will provide an environmentally sustainable fuel alternative for years to come. The big question, however, is whether that hydrogen production will benefit the African energy transition or be shipped back to Europe.

In South Africa, the government is attempting to match the synergies between platinum mining, renewable energy, and hydrogen production to form a hydrogen hub. Platinum is a key component in Polymer Electrolyte Membrane (PEM) electrolysis used to produce hydrogen at scale and in fuel cells themselves. The hydrogen valley will serve as an industrial cluster, bringing various hydrogen applications in the country together to form an integrated hydrogen ecosystem.

The initiative is part of the work being done to support the implementation of the National Hydrogen Society Roadmap, which was recently approved by Cabinet, as well as phase 3 of the country’s Economic Reconstruction and Recovery Plan.

Speaking at the launch, the director-general of the South Africa Department for Science and Innovations, Dr Phil Mjwara, said the establishment of a hydrogen valley was an important national initiative. “The implementation of phase 3 of the Economic Reconstruction and Recovery Plan is driven by the core elements of ‘reconstruct’ and ‘transform’, and this entails building a sustainable, resilient and inclusive economy,” he said. “The establishment of a South African hydrogen valley is therefore seen as an opportunity that has great potential to unlock growth, revitalise the industrial sector, and position South Africa to be an exporter of cost-effective green hydrogen to the world. Hydrogen therefore remains an integral part of our Economic Reconstruction and Recovery Plan.”

The hydrogen valley will serve as an industrial cluster, bringing various hydrogen applications in the country together to form an integrated hydrogen ecosystem

South Africa’s proposed hydrogen valley will start near Mokopane in Limpopo, where platinum group metals (PGMs) are mined, extending through the industrial and commercial corridor to Johannesburg and leading finally to Durban. The hydrogen valley will be used to establish, accelerate, and embed niche innovations through upscaling and replication. Hydrogen and fuel cell technologies offer an alternative source of clean electricity, while hydrogen allows for energy to be stored and delivered in usable form.

The feasibility study, conducted by Engie, identifies nine hydrogen-related projects across the mobility, industrial and construction sectors that could be used as a springboard for the establishment of the hydrogen valley. One project will focus on converting heavy-duty diesel-powered trucks to fuel cell-powered trucks, which will support increased consumption of hydrogen in the transport sector. The projects will also facilitate the commercialisation of publicly funded intellectual property, while contributing to the beneficiation of PGMs in targeted geographic areas. Hydrogen and fuel cell technologies offer an alternative source of clean electricity, while hydrogen allows for energy to be stored and delivered in usable form. Using hydrogen as an energy carrier could potentially reduce South Africa’s dependence on fossil fuels that cause global warming, while reducing the country’s reliance on imported oil.

In West Africa, an ambitious project to produce 300,000 tonnes of green hydrogen each year is taking shape. The Namibian Government has appointed Hyphen Hydrogen Energy to develop the country’s first large-scale, vertically integrated green hydrogen project in the Tsau //Khaeb national park. The project, worth an estimated $9.4 billion, will produce either pure green hydrogen or in derivative form such as green ammonia.

“The first phase, which is expected to enter production in 2026, will see the creation of 2 GW of renewable electricity generation capacity to produce green hydrogen for conversion into green ammonia, at an estimated capital cost of $4.4 billion,” Marco Raffinetti, Hyphen CEO, says. “Further expansion phases in the late 2020s will expand combined renewable generation capacity to 5 GW and 3 GW of electrolyser capacity, increasing the combined total investment to $9.4 billion.”

Once fully developed, the project will provide a major boost to Namibia in terms of foreign direct investment and job creation. The $9.4 billion investment amounts to the same order of magnitude of the country’s current GDP and will see 15,000 direct jobs created during the four-year construction of both phases, with a further 3,000 jobs created permanently during the operational phase. More than 90 per cent of all these jobs created are expected to be filled by Namibians. In addition to taxes, Hyphen will pay concession fees, royalties, a sovereign wealth fund contribution and an environmental levy to the government.

“The Tsau //Khaeb national park is among the top five locations in the world for low-cost hydrogen production, benefiting from a combination of co-located onshore wind and solar resources near the sea and land export routes to market,” Raffinetti adds. “Namibia’s world class natural resources, combined with a progressive, pro-investment and visionary government under the leadership of President Hage Geingob, has enabled the country to move with incredible speed to position itself as the leading edge of Africa’s ambitions to enter the green hydrogen production space.

“This collective deep technical expertise across the entire green hydrogen value chain, combined with our financial strength and experience in developing, fundraising, and implementing infrastructure projects in Africa, will be crucial in successfully delivering a project of this magnitude and complexity.”