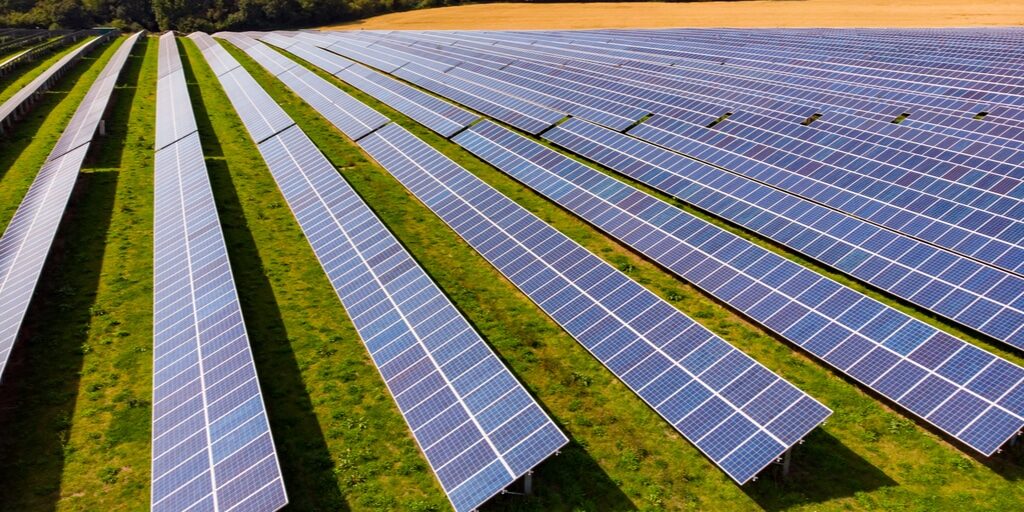 The Gwanda Solar Plant Project remains in limbo due to legal wrangles that has stalled its implementation. The dispute revolves around the inability of the contractor to deliver the project. The contractor has sighted countries sovereign debt woes which have negativiely affected efforts to raise project financing.

Upon completion, around 2,800 households in Gwanda South, Zimbabwe, are set to benefit from the solar power project which will power three irrigation schemes, a clinic as well as five business centres.

Gwanda solar farm which is part of a series of Zimbabwe’s national strategic power projects, has received a US $52m guarantee for the 100MW envisaged to close the country’s acute shortage of power.

Chinese electrical engineering group CHiNT Electric is willing and ready to provide a guarantee covering 30% of the engineering, procurement and construction (EPC) aspect of the contract.

In march this year, the solar project was not making progress due to the project developer facing fraudulent and corruption charges.

The Chinese firm, that upon receipt of the advance payment demand guarantee, ZPC contractually has to effect payment equivalent to 30% of the EPC project cost.

According to Dr Bosheng, this was provided for in clause 5b of the Contract Agreement for the project.

The implementation of the solar project will also receive a massive boost following President Mnangagwa’s State visit to China.

The company notes that arrears from the previous regime guaranteed projects have scuppered financial mobilization and delayed the project.

“In addition to the efforts by our counterpart to secure funding locally and the achievement of financial closure, we will assign CHiNT to obtain an advance payment demand guarantee provided for in terms of Clause 5b of the (Gwanda solar farm EPC) contract agreement.

A parliamentary committee in Zimbabwe is calling for the US $202m Gwanda solar project tender to be withdrawn and former ministers to be prosecuted if they flouted tender procedures in awarding the contract following claims over corruptions acts.

According to the committee,the boards of ZESA Holdings and the Zimbabwe Power Company (ZPC)  failed to follow good corporate governance practices in awarding the contract.

“The committee was informed that the ZPC managing director Noah Gwariro acted without consulting the board because of pressure from politicians that included former ministers of energy, Mavhaire, Mangoma, Undenge and Mutezo. However, Mutezo appeared before the committee and denied the allegations,” said committee chairperson Temba Mliswa.

“The money paid to Intratek should be recovered after investigations are completed and the award of the tender to Intratek needs to be rescinded in light of violations of the Company’s Act and the repealed Procurement Act,”he added

The tender for the 100MW Gwanda Solar Project was awarded to Intratrek Zimbabwe in 2015.After winning the bid, Intratrek is reported to have received US $5,6m in advance for preparatory work on the solar plant.Former energy minister Samuel Undenge is said to have communicated directly with the board to influence payments to the company’s managing director, Wicknell Chivayo.

“It was clear that Undenge used to have direct communication with ZPC management and was the one said to have instructed the ZPC board to make payments to Chivayo without having to provide a bank guarantee,” said Mliswa.

The Gwanda solar plant project in Zimbabwe has received US $14m from African Transmission Corporation (ATC) Holdings to finance part of phase two of the project.

According to the agreement, the funds will finance the first 10MW of the project under a phased construction model. According to the Herald, the financing from ATC presents alternative source of funding for the Gwanda project, which has been delayed by financial resource constraints and also further weighed down by the contractual dispute between the parties, which has spilled into the courts.

The Gwanda project developers, Intratrek Zimbabwe, said that progress on the Centragrid project attested to ATC’s capability to also progress Gwanda, which will be developed in phases.

“The 10MW, upon commissioning, would act as successful precedent upon which financing for the balance of 90MW would be mobilised,”  said Intratrek.

The project, jointly funded by the European Union, United Nations Development Programme, OPEC Fund for International Development, and Global Environmental Facility is being implemented by Practical Action, SNV, CARD and Dabane Trust, with the support of government ministries and departments.