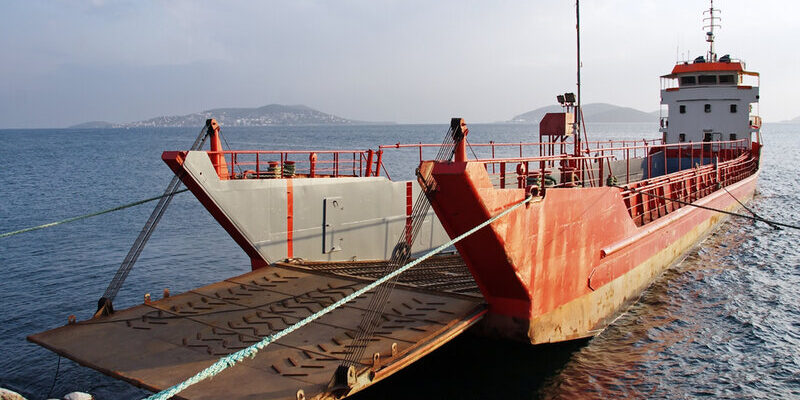 Bolloré Logistics Tanzania has made history by becoming the first logistics company to send a large land craft to Songo Songo island.

If you want to understand how energy and transport meet, then Bolloré Logistics Tanzania perfectly illustrates this nexus. Between June to November 2021, Bolloré Logistics Tanzania carried out the logistics for the Songo Songo gas development and power generation project by transporting 5,000 freight tons of parts and equipment to an island 15kms off the Tanzanian coast.

The $340.37 million Songo Songo project aims to develop Tanzania’s natural gas reserves to produce low-cost power generation for domestic and industrial use in an environmentally sustainable and efficient way.

the project wants to promote private sector ownership and management of generation in the gas and power sectors. In addition, it is meant to encourage increased electricity access to the poor by developing financially sustainable rural energy schemes to underserved areas along the pipeline corridor.

Relying on its expertise in industrial projects and energy logistics, the company was able to accomplish a historic achievement by being the first to send a large land craft on the Songo Songo island. A total of seven barge, long flat-bottomed vessels, were required to deliver the equipment to the island at different intervals. Several specialised pieces of equipment were used including a 130-ton and a 60-ton crane, an excavator, a modular hydraulic trailer and 2 semi trailers for shunting.

There were some challenges involved whilst working on this project such as lack of infrastructure. To this end, a jetty had to be rebuilt and converted into a landing area capable of accommodating the large vessel and cargo arriving onto the island. Meanwhile holes that were dug out had to be refilled to pave a way for vehicles being used for shunting on and off the vessel.

Elson Shan, Cluster Commercial Director at Bolloré Logistics said the main challenges were the coordination of the customs requirements and the client’s demands, along with a lack of the equipment, including barges and ships. “But with our expertise in logistics and industrial projects, we were able to deliver the required solutions with great success. All cargo was lashed and safely secured according to global QHSE standards.”

A team of experts was mobilised and flown to the island deploying specific logistics solutions to face the main challenges. The shifting tides notably affected the angle of the ramp used to offload the cargo, thus binding the experts to keep close watch on the inclination of the ramp.

Bolloré Logistics Tanzania was contracted in 2021 to handle all logistical requirements for the project to set up a gas compression plant on Songo Songo island, located in the South of Tanzania. It was awarded to Bolloré Logistics’ teams by one of the largest suppliers in China of petroleum and petrochemical products, equipment, and technology to the global market.