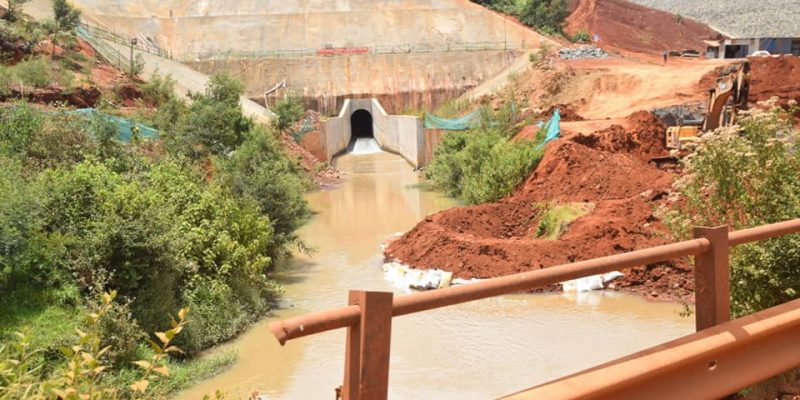 In Kenya, construction of the Karimenu II dam will be completed by May 2022. Funded by the Kenyan government, the drinking water project is being implemented by the Athi Water Works Development Agency (AWWDA).

The Kenyan Ministry of Water, Sanitation and Irrigation is providing an update on the Karimenu II drinking water project in Kiambu County. According to the Chief Administrative Secretary of the department, Andrew Tuimur, the Karimenu II dam will be implemented in May 2022. On the ground, work is 76 percent complete, nearly three years after the project was launched. “So far seven key milestones have been achieved, including tunnel breakthrough, completion of the secondary tunnel lining, detour of the Athi River, substantial completion of the dam’s foundation treatment work, and pipe laying,” explains Andrew Tuimur.

The Athi Water Works Development Agency (AWWDA) is implementing the project, which will benefit approximately one million people in the towns of Ruiru, Juja, Gatundu and Nairobi.

The Karimenu II dam will be 59 m high. The raw water retained by the building, 26.5 million m3, will be treated in a new plant. The plant will have a daily production capacity of 70,000 m3. AWWDA will also lay 67 km of pipelines at Karimenu II for the transport of raw water and drinking water. The project will also construct two concrete reservoirs. The future facilities will have capacities of 235,000 m3 and 50,000 m3 respectively.

Through the multiplication of drinking water supply projects, the Kenyan government is aiming for universal drinking water coverage by 2030. By 2021, the East African country will have a water a