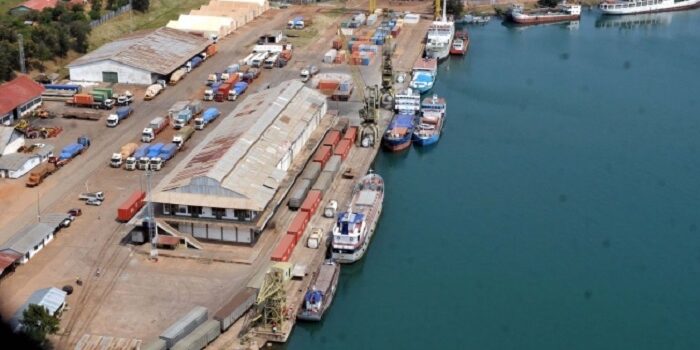 TANZANIA’S Third Five Year Development Plan (FYDP III), now under implementation, has lined up the blue economy as one of the priority areas, with the government determined to fully utilize the country’s strategic geographical position to spur economic growth.

The FYDP III, 2021-2026, envisages robust investment and trade promotion by tapping into regional and international marketing and business opportunities.

Similarly, the plan seeks to stimulate a competitive and participatory economy by, among other key interventions, developing infrastructure for water transport and ports.

Boasting an inland water surface area of 62,000 square kilometers, comprising the four main water basins of Lake Victoria, Nyasa, Tanganyika and Rukwa, Tanzania has enormous potential in the blue economy. And the government, cognizant of the sector’s economic prospects, has strengthened exploitation of the blue economy by putting in place institutional systems, policies, laws, procedures and guidelines. The country has made considerable investment in water infrastructure particularly port expansions and acquisition of ships in the great lakes and under the FYDP III, the government looks to further encourage and increase investment in the blue economy.

As part of this drive, the government, through the Tanzania Ports Authority (TPA) with the support of Japanese International Cooperation Agency (JICA) will from July, this year, commence the implementation of the Project for the Rehabilitation of Kigoma Port on Lake Tanganyika.

On 4 February2022, the Tanzanian government signed a grant agreement with JICA in Dar es Salaam to provide grant aid of up to 36,000 US dollars for the much-needed project. Kigoma Port is currently the largest terminal in eastern Tanzania, serving as a hub for the Central Corridor connecting Tanzania, Rwanda, Burundi, DRC and Zambia.

The port, which was constructed in 1922 and commissioned five years later, is the main gateway for traffic flow originating from Tanzania and/or the Port of Dar es Salaam. Cargo may be road-hauled or railed from Dar es Salaam to Kigoma, then transshipped onto lake vessels to the port of Mpulung (Zambia), various destinations in the Democratic Republic of Congo (Uvira, Kalemie, Baraka, Moba), and the Port of Bujumbura in Burundi.

Mr Manga Gassaya, the Port Manager for Lake Tanganyika ports in Tanzania, hails the impending rehabilitation of Kigoma Port as a significant move by the Tanzanian government, saying the project will unlock economic potentials of western regions and the country at large.

“Upon completion, the project will massively enhance our port’s capacity, and will provide reliable and stable people and commodities transportation along the coastal areas of Lake Tanganyika in Tanzania and neighbouring nations, the Democratic Republic of Congo, Burundi, and Zambia.

Gassaya says the improvement in transportation of people and distribution of cargoes in the coastal area of Lake Tanganyika and its hinterland, will further promote trade between Tanzania and its landlocked neighbours and boost other economic activities.

“Traffic performance of cargo will be enhanced by the construction of the pavement access road which will reduce operation cost of vehicles,” says Mr Gassaya, adding that the project is expected to reduce cargo handling duration to less than three days. “The project will improve the operability of cargo trucks and will mitigate congestion due to the expansion of a wharf area.

This will massively shorten cargo handling time,” he noted. The rehabilitation of Kigoma Port will significantly contribute to peace and stability in the Great Lakes region with the vitalization of trade and economic activities as well as the timely and stable distribution of humanitarian aid commodities around Lake Tanganyika.

The Kigoma Port project will go hand in hand with the upgrading of Bujumbura port in Burundi. Burundian Ambassador to Tanzania, Dr Tilly Maleko, speaking during a tour of Kigoma Region recently, said the two port projects will increase economic ties and boost the economies of the two East African nations.

Dr Maleko argued that transporting goods through the lake would be easier than using surface transport, insisting that the renovation of the Kigoma Port and Bujumbura Port will make freight charges affordable to ordinary citizens from the two countries. Kigoma Port is the only port in Tanzania that has a functioning railway connection which is a direct link to the seaport at Dar es Salaam.

The ongoing construction of the Standard Gauge Railways (SGR), will only guarantee a solid link between Dar es Salaam Port and Kigoma Port to the neighbouring nations bordering Lake Tanganyika. Last year, the sixth-phase government under President Samia Suluhu Hassan unveiled a plan to build a new larger ship capable of carrying 600 passengers comfortably in addition to 400 tons of Cargo to help improve freight and passenger transportation on Lake Tanganyika.

According to the Government Spokesperson, Gerson Msigwa, the government would invest 105 billion/- (USD 45 Million) for the project, and that another cargo vessel will be constructed at a cost of 100 billion/- at Kigoma with the capacity to ferry 2,700 tons of goods. The contracts to build the new vessels were inked back in June 2021.

The completion of ships construction projects and the impending rehabilitation of the Port of Kigoma will be key to unlocking huge economic potentials in Tanzania and neighbouring countries along Lake Tanganyika.