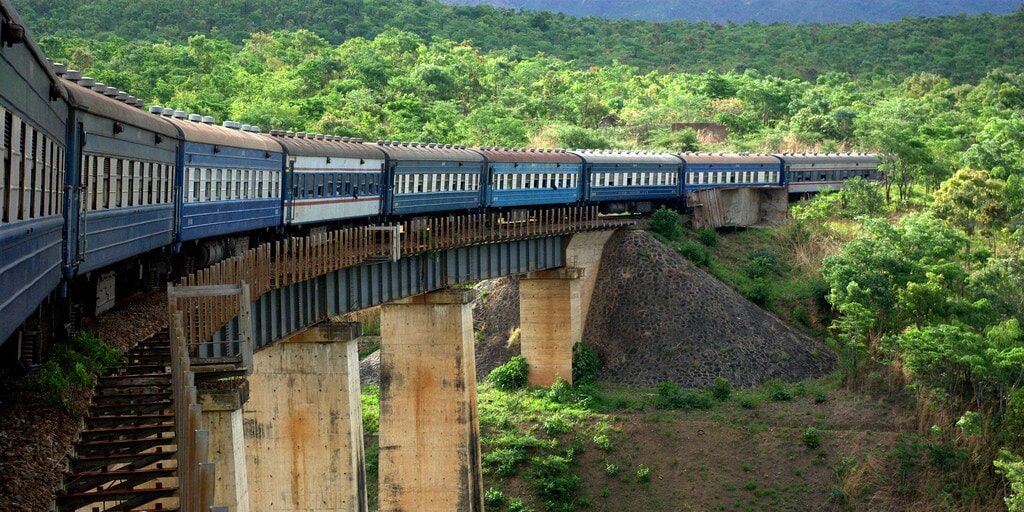 TANZANIA and Zambia have agreed to upgrade the Tazara railway that connects the two countries as part of measures to improve bilateral ties.

The 1160km cross-border railway linking Kapiri-Mposhi in Zambia with the port of Dar es Salaam in Tanzania will now be upgraded to standard  gauge through a partnership with the private sector and development partners.

Tanzania’s president, Ms Samia Suluhu Hassan, says the 1067mm gauge, single-track Tazara line does not deliver what is expected of it and an upgrade is needed to open up new business opportunities along the route.

“In today’s world, railway is standard gauge,” says Hassan. “So through a Public-Private Partnership (PPP) we have agreed to come up with a project to improve the Tazara railway to that level.”

Tanzania  is also constructing a 1219km standard-gauge line from Dar es Salaam to the city of Mwanza on the southern shores of Lake Victoria.

Known as the Tanzania Standard Gauge Railway, the system is being designed to link Tanzania with Rwanda and Uganda, and continuing to Burundi and the Democratic Republic of Congo. The work is included in the East African Railway Master Plan aimed at rejuvenating the region’s railways and increasing efficiency and speed while lowering transport of freight costs and furthering economic development. The railway will use electric power and transport of goods to Uganda from Mwanza will be by lake ferries.

As of April 2022, the 300km Phase 1 from Dar es Salaam to Morogoro had been completed while work on the 426km Phase 2 Morogoro – Makutopora, 294km Phase 3 Lot 1 Makutupora – Tabora, and 341km Phase 5 Isaka – Mwanza sections was in progress. Phase 5 is being built by China Civil Engineering Construction (CCEC) and China Railway Construction Company (CRCC).

In July 2022 Tanzania Railway Corporation (TRC) signed a $US 900.1m contract with Yapi Merkezi for the construction of the 130km Phase 3 Lot 2 Tabora – Isaka section, along with its 35km of branches, the same company having previously won a $US 1.9bn contract for Phase 3 Lot 1.

TRC has also signed a contract with Korean national operator Korail to provide training In rail construction and operations following the line’s opening.

The first locomotives being used for testing of the electrified Phase 1 of the Tanzania SGR are former class 1014 locomotives purchased from Austrian Federal Railways (ÖBB).