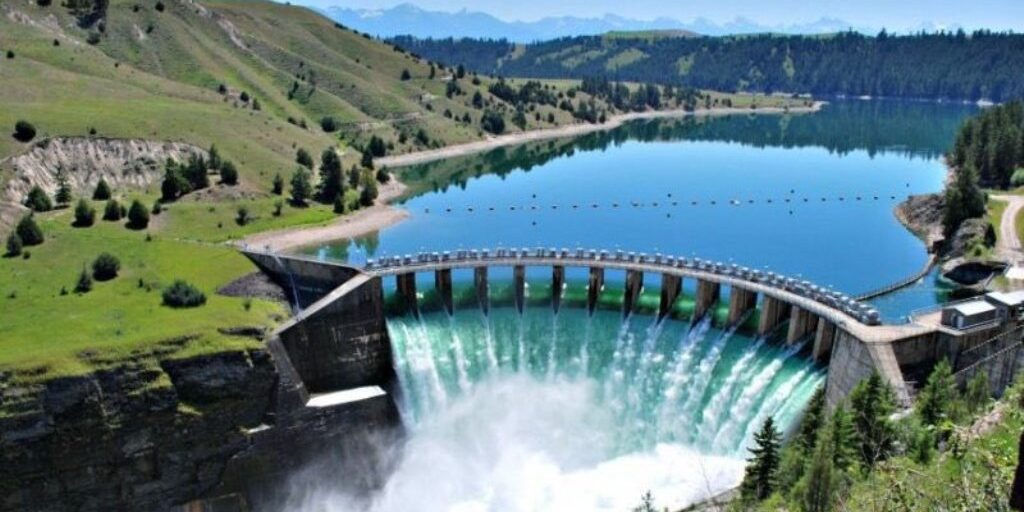 The construction of the Julius Nyerere Hydropower Project has now reached 67.18 percent as technicians step up efforts to make 2,115 MW of electricity available to the national grid.

Speaking during a media tour of the project site, Energy minister January Makamba said a lot has been achieved with regard to construction work in the Sh6.5 trillion project during the past one year.

Actual construction of the project started in December 2018 as part of the government’s wider energy mix goal which also partly seeks to bring down electricity costs.

Until last year, government figures put the cost of producing one unit of electricity from water at Sh36.

The government said it costs Sh65 to produce a unit of electricity using a nuclear source, while the same would cost Sh103 and Sh112 if produced by wind and geothermal sources, respectively.

The project – which has a strategic importance to Tanzania’s economic development endeavours – was initially meant to be completed in June 2022, but was delayed due to a number of challenges, including disruptions in delivery of some vital construction materials due to the global Covid-19 pandemic.

The project, which is fully-funded by the government, will also enable Tanzania to export electricity to neighbouring countries.

According to Mr Makamba, the construction has been expedited since the government decided to make management changes at the Tanzania Electric Supply Company Limited (Tanesco).

The government last September overhauled the management of the power utility in efforts to increase efficiency and unlock its potential.

Mr Makamba said the speed of the project’s implementation is now satisfactory.

“The work completed in just one year to July 2022 is equal to the work done in the first two and half years of the project,” he noted.

He said the project is now at 67.18 percent of its implementation compared to 37.4 percent that was done between December 2018 and June 2021.

This suggests that in just one year to July 2022, the rate of the implementation of the project – which has employed 12,000 people – with Tanzanians accounting for 90 percent, has more than doubled.

“We have not abandoned the project as claimed by people from various fronts. We are very aggressive,” said Mr Makamba, who revealed that unlike in the past where no activities were going on during the night, work was now being done around the clock.

“So far so good. What we ought to do is to up our speed so that this time next year we could be far from here.”

Going by the official data, the completion of the project will see the increase in power generation in the nation grid increase by 136 percent.

Currently the figure stands at 1695 MW.

Mr Makamba was, however, not in a position to say when exactly they will start filling the dam with water as a preparation for power production.

Initially, the same work was supposed to start in November last year, but did not happen due to delays in the arrival of some facilitative equipment amid Covid-19 pandemic.

Tanroads Engineering Consulting Unit (Tecu) resident engineer Lutengano Mwandambo said depending on the availability of rain, it could take one to two rain seasons to fill the dam.

He said the dam with 914 square metres of surface area can hold up to 33.2 billion cubic metres of water.

He said the project was expected to complete in June 2024, ready to start power production.

“After completing filling the dam with water, we will have to undergo some testing of electrical mechanical equipment, turbines and other machineries, before starting production,” said Mr Chande.

With the new Tanesco management and board of directors, he exuded his optimism that they will be able to maintain and even up the speed in the implementation of the project.

Mr Chande banked his hopes on the application of science in the execution of the project.

He was confident that Tanzania will enjoy investment on return.

With sufficient power production, he expounded, manufacturing and mining sectors will prosper.

“This in turn, will bolster job creation and tax to the government,” Mr Chande.