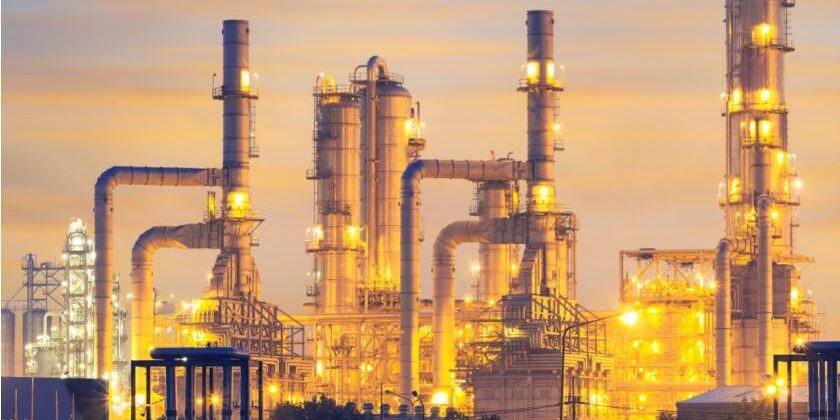 The execution of the planned US$ 3.5bn Soyo oil refinery project in Angola is expected to start in early 2023 according to officials from the US-led Quanten Consortium that includes Cisco Systems CSCO.O and KBR Inc.

Cisco Systems, commonly known as Cisco, is an American multinational technology conglomerate corporation headquartered in San Jose, California, while KBR, Inc. is a U.S.-based company operating in the fields of science, technology and engineering. KBR works in various markets including aerospace, defence, industrial and intelligence.

Developed in an effort to lessen dependency on imported fuels, the Soyo refinery, with a capacity of 100,000 barrels per day (BPD), is one of three new refineries planned for Africa’s second-largest crude oil producer that imports 80% of its processed products.

For the Soyo oil refinery project in Angola to begin the site has to be entirely demined according to the Quanten Consortium, representatives of which explained that the projected cost covers all associated facilities such as roads, a 60-100 megawatt power plant, and a maritime terminal.

Quanten Consortium Angola LLC managing partner N. Segun Thomas explained that they are currently working to ensure that the area is landmine free, for which they will receive a certificate. The refinery, which will be one of the few on the continent capable of producing Euro-5 grade cleaner fuels, is slated to start producing in the fourth quarter of 2025, according to Thomas.

Apart from Soyo, Angola is planning a new 200,000 bpd facility in Lobito, and factory acceptance tests of equipment for the first phase of the new Cabinda refinery have been completed, with installation expected in the coming months, according to government officials.

The country is also renovating its lone 65,000 bpd refinery in Luanda, the country’s capital. The work at the Luanda refinery, which seeks to treble the quantity of fuel produced, is anticipated to be completed in June, according to Oil Minister Diamantino Azevedo.

Angola to construct an oil refinery in Zaire province Plans are underway in Angola to construct an oil refinery, in Zaire Province near Angola’s northern border with the Democratic Republic of Congo. The government of Angola has begun holding roadshows and wide-scale presentations for construction companies and investors ahead of the launch of an international tender for the Soyo oil refinery.

Launching of the construction tender

The first presentation was held in Luanda, and a second will be staged in Dubai on 22 October, two days before the official launch of the competition to build the plant. The government is looking for a consortium to finance, build and operate the refinery which is expected to process 100,000 barrels of crude a day. The project is expected to commence immediately after the tender is awarded and be ready by 2023.

The move is part of a plan to enable Angola to capture more value from its offshore oil reserves and cut its petrol import bill. Currently, Angola imports 80% of its petrol at a cost of about US $177m a month; a drain on the country’s foreign currency reserves. This has had a negative impact on the country which is currently grappling with a high unemployment rate.

The aim is to build three refineries, at Soyo, Cabinda and Lobito, and to refurbish the Luanda facility, which was constructed in the 1960s. The government announced in 2015 that it was teaming up with a consortium led by China Tianchen Engineering to build the Soyo plant. This project, which was billed as a US $14bn, 400,000 bpd scheme, was later put on hold.

The refinery is expected to spur economic developments not only in Angola but also in the neighbouring countries that stand to benefit from reduced costs on the importation of petroleum products. The Angolan government has postponed the announcement of the winner of the public tender to construct an oil refinery in Soyo, Zaire province due to the COVID-19 (Coronavirus) pandemic. According to the Ministry of Mineral Resources and Oil, the announcement will be done as soon as the COVID-19 outbreak is under control.

According to the statement, the postponement of the date of disclosure of the winner will follow the restriction measures imposed as a result of a state of emergency being declared across the country. The state of emergency has been in place in Angola since Friday, 27 March.

9 companies made the final cut

According to the Secretary of State for Oil, José Barroso, 31 proposals were received for the tender which was tender launched by the Ministry on 24 October 2019; of which nine were selected. The nine companies include SDRC, Jiangsu Sinochem Construction, Quantem Consortium, CMEC, AIDA and VSF, Tobaka Investment Group, Atis Nebest – Angola, Satarem, Gemcorp Capital and CPP.

Construction of the Soyo refinery is part of a programme that also provides for the building of similar plants in Cabinda, with a processing capacity of 60,000 barrels per day, and Lobito (200,000 barrels per day), in addition to the restoration and modernisation of the Luanda refinery, to quadruple its production capacity.