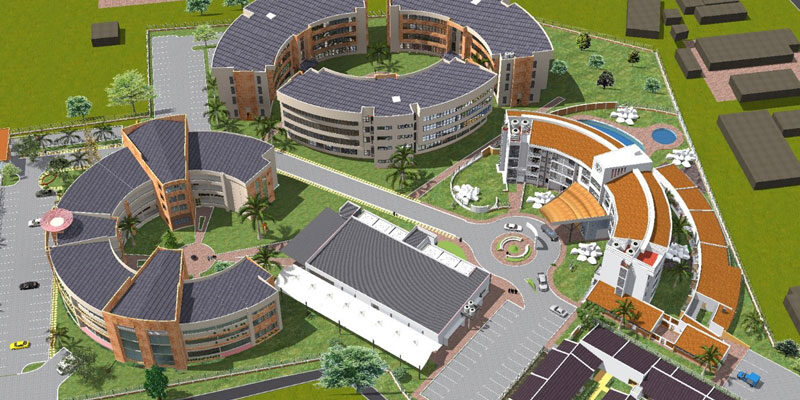 The under construction Kabaale International Airport, which  is located approximately 200 km from Entebbe International Airport by air and 33 km by road from Hoima City in Uganda, is scheduled to be completed in nine months time according to SBC Uganda, the company undertaking the project.

SBC began working on the facility which is set to the East African country’s second international airport back in 2018. Set to be completed in April 2022, the project was however slowed down by the onset of the COVID-19. According to SBC, issues such as terrain were also factors that slowed down the project since they had not been anticipated when the contract was being awarded.

The spokesperson for SBC Uganda, Amos Muriisa, stated that by February 2023 the project will be ready. The Ugandan government, through the Petroleum Authority of Uganda (PAU), set the new deadline.

Expectations for the Kabaale International Airport

The Kabaale International Airport project’s first phase is expected to lay the foundation for oil and gas companies that are in the early stages of establishing their own projects to import heavy equipment, materials, and machinery.

Field flow pipelines, feeder pipelines, central processing facilities in the fields and at the Kabaale industrial park, the East African Crude Oil Pipeline and later the refinery, as well as equipment for related industries predicted to emerge from the oil sector, are included.

Later in the second phase, an expanded passenger terminal will be established, which is intended to promote tourism and other activities, resulting in an increased number of passengers.

According to SBC, the apron can house four of the industry’s largest cargo planes at the same time. Muriisa claimed that construction of housing for airport operators as well as the control tower would begin and be completed within the next nine months. Reports indicate that construction work is scheduled to start in January 2018. Additional financing will be provided by Standard Chartered which acted as the lead arranger for the deal.

The project will be undertaken by Colas UK. Director of strategic projects at Colas UK, Carl Fergusson said that the Kabaale International airport presents an opportunity for the company to establish its footprint across East Africa.

“With huge untapped natural resources, rapid urbanization and attractive demographics, the requirement for investment in infrastructure to support continued regional development is clear, and this aligns well with the outward looking international element of the Colas Ltd strategy which seeks to expand our activities in East Africa,” said Fergusson.

It is part of the infrastructure to be built as Uganda prepares to develop its nascent petroleum industry. When completed, it would be Uganda’s second international airport, besides Entebbe International Airport.

The new airport is expected to facilitate mobilization of equipment for construction of the Uganda Oil Refinery and assist in the development of agriculture and tourism in Uganda’s Western Region.

Uganda has started construction of a major oil pipeline running from its oil fields in Hoima to Tanzania’s Tanga port to boost movement of crude oil. Uganda’s Members of parliament have approved the government’s request to borrow US $364m from two separate financial institutions in the United Kingdom for the construction of Hoima Airport in the oil area of Kabaale.

The government is looking to borrow US $318.96m from the United Kingdom Export Finance (UKEF) and another US $43.7m from Standard Chartered bank of London for the construction of the airport.

However, the MPs have also demanded that the percentage of the project’s cost channeled towards local content be raised to 30%, from 20%.

The committee, through a report noted that the local content costs during construction will amount to US $72m (20%) in form of job opportunities and the use of local inputs, despite the negotiations between the government and the contractor capping it at 30%. In addition, the committee was also not sure of the number of Ugandan businesses and individuals that will directly benefit from the implementation of the project.

As a condition, the legislators insisted that the local content percentage be pushed up to 30%. They also want the government to undertake a due diligence study on SBC Uganda Limited to see if it has the capacity to execute the task. SBC Uganda Limited is a joint venture firm between SBI International Holdings AG of Switzerland and Colas Limited from UK.

According to a broad breakdown of the budget, civil works will take the largest share of the funds, just slightly above 85%. At least US $239.5m of the project cost is expected to be spent on goods and services for the construction of the airport. The contractor will spend US $72.1m on local goods and services.

Uganda to construct US $309m airport near Hoima and Lake Albert Uganda has plans to construct a US $309m airport in the oil-drilling region near Hoima and Lake Albert in north-western Uganda. Shikun & Binui’s international construction arm SBI will build the airport, which is expected to support the region’s oil industry.

“The selection of Shikun & Binui to carry out this project confirms, once again, the superb reputation that SBI enjoys in Africa. A reputation based on its proven operational capabilities, its deep understanding of the local work environment, and its commitment to comply with the most stringent international standards,” said Shikun & Binui chairman Moshe Lahmani.

The project includes the construction of 3.5km of runways, a cargo terminal, and an air traffic control tower, along with other residential and service structures.

Associated earthwork and drainage activities, the building of electro-mechanical, communications and navigation systems are included in the contract.

According to Shikun & Binui CEO Yuval Dagim, Uganda’s selection of SBI demonstrates once again the high level of trust that they have earned from their clients in Africa, their confidence in their ability to build complete complex engineering infrastructure projects with a high degree of success and efficiency.

The project will be financed by the UK Export Finance (UKEF) and a commercial bank. It is expected to be complete in three years.

Construction of Kabaale International Airport in Hoima, Uganda is now 21% complete. This is according to SBC Uganda, contractor in charge who pointed out that work done so far includes earthworks for a runway which involved digging up and compaction of soil up to 27 meters from the ground to ensure an absolutely firm foundation.

SBC Uganda Limited – a joint venture company between United Kingdom’s Colas Limited and a subsidiary of Israel’s Shikun and Binui namely SBI International Holdings of Uganda – were in April 2018 given the mandate to undertake the construction woks of the project.

The work includes paving a 3.5 kilometers (11,000 ft.) of runways, carrying out of earthwork and drainage activities, pouring of cement and asphalt, building of electro-mechanical systems, building communications and navigation systems, construction of an air traffic control tower, a cargo terminal, additional residencies and service structures.

Speaking after a tour at the site, Civil Aviation Authority’s manager for public affairs Vianney Luggya said that the first phase of construction which includes the runway and cargo-handling facilities, is expected to be ready by next year. This phase is above all made to support the construction of the oil refinery due to the runway’s capability to handle big and heavy aircrafts.

“In 2022, the second phase of construction shall be delivered. This phase emphasizes on the facilitation of passengers. It shall therefore boost tourism and business especially in the agricultural sector,” said Luggya.

Upon completion, the US $294m project partly funded by the United Kingdom Export Finance (UKEF) and Standard Chartered, will also have an Aircraft Parking Apron on a 81,500 square meters space with the capacity to park four large body aircrafts and a possibility of further expansion in future. Generally, Kabaale will be the second international airport in Uganda after Entebbe.