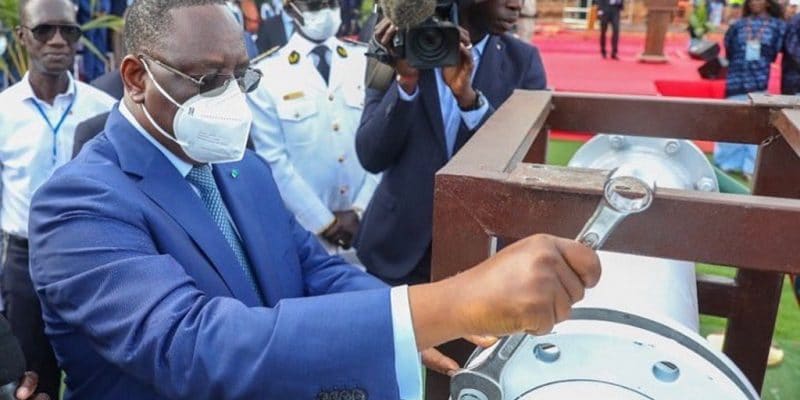 The Senegalese government is launching the construction of the Mamelles desalination plant near the capital Dakar. The project has been heavily criticised for its cost and its predictable impact on the coastal environment.

The president of the republic of Senegal, Macky Sall, recently launched the construction of the Mamelles seawater desalination plant near Dakar. The project, which is necessary for the supply of drinking water to the Senegalese capital, is being carried out by the Société nationale des eaux du Sénégal (SONES) in partnership with the Japanese group Nippon Koei.

The Mamelles area, which is now living at the rhythm of the work, extends over two conical volcanic hills located on the Cape Verde peninsula, in Ouakam, one of the 19 Divisional councils of Dakar. Overall, the SONES project involves the construction of a desalination plant on the southern side of the two hills. The plant, which will treat sea water using the reverse osmosis process, will be capable of supplying 50,000 m3 of drinking water per day, expandable to 100,000 m3.

Among the facilities planned for this drinking water supply project are a sea water intake, as well as a pipeline for the discharge of waste (brine) from the water desalination process. SONES also plans to build a pumping station for the treated water and to lay a 13.5 km pipeline to connect the station to the Dakar drinking water network.

In the Senegalese capital, SONES will rehabilitate the distribution network and delimit the zones of influence of the distribution and storage reservoirs in order to improve the network’s efficiency. The work will therefore involve the renewal of at least 243 km of pipes. But this plant, the first of its kind to be built in Senegal, is strongly criticised, firstly because of its cost, 137 billion CFA francs (nearly 209 million euros).

The feared impact on the environment

The Mamelles desalination project is financed to the tune of 27.4 billion yen (nearly 200 million euros) via a loan from the Japan International Cooperation Agency (JICA) granted since 2016. The project is also contested for its impact on the coastal environment. The protest is led by fishermen and civil society organisations (CSOs) such as the citizen movement “Y en a marre”.

“This factory will contaminate the aquatic fauna. It is built on one of the few remaining beaches in Dakar whose coastline is privatised. The sellers of sweets, fish and art objects and the businesses on this beach will stop their activities,” laments Cyril Touré, a member of this well-known movement in Dakar. The fishermen are especially worried about the impact of the brine on the fish. For the record, brine is water with a high salt concentration, often discharged at very high temperatures. If not properly controlled, these discharges can affect the marine biodiversity of coastal areas.