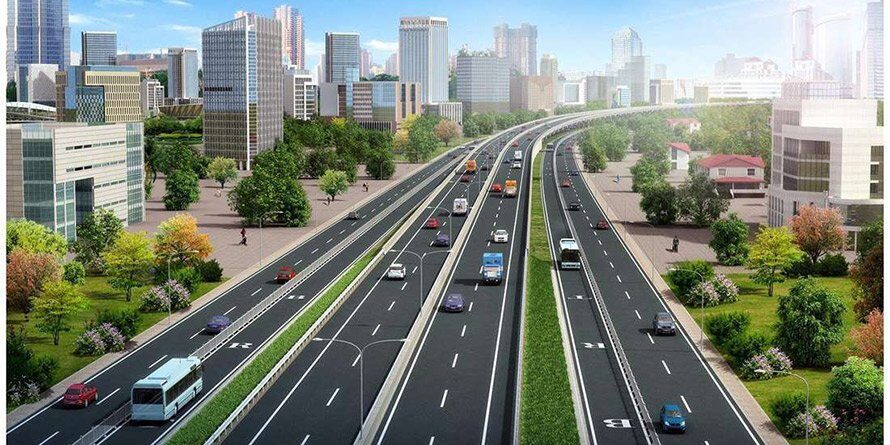 The Nairobi-Nakuru-Mau Summit Highway development project is set to receive a US $150M shot in the arm. This is after the Board of Directors of the African Development Bank Group approved the funds to Kenya to support the project. The funds were approved under the East African country government’s First Mover Public-Private Partnership (PPP) program.

The funds will come from the Bank Group’s non-sovereign operation lending window. They form part of a DFI tranche to Rift Valley Highways Limited. The latter is a Special Purpose Vehicle incorporated in Kenya to oversee the implementation of the Nairobi-Nakuru-Mau Summit Highway development project. It is wholly owned by the VINCI group and Meridiam Infrastructure Africa Fund.

The project seeks to develop the road connecting the capital city of Nairobi with the towns of Naivasha, Nakuru, and Mau Summit. As part of the project, the existing 175km A8 road from Rironi to Mau Summit will be transformed into a four-lane carriageway. The 57.8 km two-lane A8 South, from Rironi to Naivasha, on the other hand, will be strengthened and maintained over a period of 30 years.

The Nairobi-Nakuru-Mau Summit Highway is part of the Northern Corridor. The latter is used in the transportation of goods and passengers from the port city of Mombasa and the capital city of Nairobi. Kenya’s western counties and the land-locked countries of Uganda, South Sudan, Rwanda, Burundi, and the eastern parts of the Democratic Republic of the Congo are the main beneficiaries of this road corridor.

Rift Valley Highway Limited, a French consortium made up of Vinci Highways SAS, Meridian Infrastructure Africa Fund, and Vinci Concessions SAS, was awarded the project contract by the Kenya National Highways Authority (KeNHA). The road project will be carried out on a Public Private Partnership (PPP) basis. This will see the private sector raise finances for the project, as well as design, construct, maintain and operate the road on pre-agreed standards and specifications.

Kenya to announce contractor for the US $2bn Mau highway The Government of Kenya through the Kenya National Highways Authority (KeNHA) is set to announce the winning bidder for the construction of the US $2bn Mau highway, nearly 2 years after it invited bids for the project. KeNHA Director General Peter Mundinia disclosed the reports and said they are finalizing evaluations and will make an announcement soon.

“We shortlisted four firms but received bids from only two of them. They comprised Egyptian, South Africa, French and Portuguese firms. We will be picking one preferred bidder and the other as a reserve just in case the other pull out,” said Peter Mundinia.

The winning bidder will construct, design, finance, maintain and operate the Nairobi-Nakuru-Mau Summit road, whose cost was set initially at US $1.5bn but skyrocketed to US $2bn. The government will also compensate more than 44 landowners in Kiambu County who will be displaced along the Limuru-Kamirithu stretch to pave way for the upgrade according to the National Land Commission gazette notice dated 22 February 2019.

The project will see the expansion of the 180km road to a four-lane dual carriage from Limuru to Mau summit, Nakuru. In addition, the contractor will rehabilitate the Mai Mahiu – Naivasha road and establish toll stations under a Public Private Partnership.

“The contractor tasked to construct, manage, maintain and operate the highway will recover their money from motorists’ user fees in toll stations that will be established,” said Mr. Mundinia.

Furthermore, the contractor will maintain and operate the Nairobi Southern Bypass as well as maintain the Gitaru-Rironi segment which is currently being upgraded via James Gichuru-Rironi Road Project. The long-awaited construction of the Nairobi-Nakuru-Mau Summit Road in Kenya is set to begin in two months’ time according to the Transport, Infrastructure Housing and Urban Development Cabinet Secretary (CS), James Macharia.

Speaking in Nakuru Town East Constituency during celebrations to mark World Habitat Day, the CS said that the close to US $1.55bn tender for the construction of the 187km road has already been awarded to a French firm.

The planned commencement of the Nairobi-Mau Summit dual carriageway comes months after four firms contested a decision by the Kenya National Highways Authority to award the tender to the Rift Valley Connect consortium.

The petition was however thrown out after the four firms failed to prove their allegations that KeNHA had engaged in a non-transparent bidding process that interfered with fair competition. The shifting of fiber optic cable has begun in preparation of construction the Nairobi-Mau Summit road project in Kenya.

State Department of ICT and Innovation which is undertaking the relocation of fiber infrastructure said the move aims to avoid internet outages when the road project begins. Among the key ICT infrastructure running along the road is the National Optic Fibre Backbone Infrastructure (Nofbi) project which began in 2005, as the State moved to connect all major towns with high-speed broadband internet.

Nofbi fiber optic ring currently, passes through 58 towns in 35 counties across Kenya. The shifting process on the optic cable will be in four lots: Rironi-Naivasha via Mai Mahiu, Rironi-Naivasha, Naivasha-Nakuru, and Nakuru-Mau Summit. The new design will be integrated into Nofbi and connected to all government offices and agencies along the road as well as to the existing licensed internet service providers and telcos.