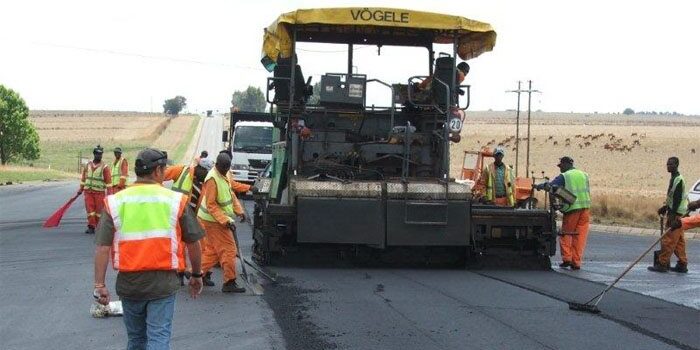 Moloto Road Rehabilitation Project is an ongoing upgrade of the R573, a regional route in South Africa that connects Pretoria with Marble Hall via KwaMhlanga and Siyabuswa. The road was dubbed “the Moloto Road” because it passes through Moloto (at the Gauteng-Mpumalanga border).

The project which mainly includes changing certain intersections into roundabouts as well as upgrading the carriageway from Siyabuswa to Marble Hall started in 2016 and is expected to be completed in 2025.

South African National Roads Agency SOC Ltd or SANRAL, the South African parastatal responsible for the management, maintenance, and development of South Africa’s proclaimed National Road network which includes many National and some Provincial and Regional route segments is spearheading the project.

There are also considerations to adding a railway line following the R573 Moloto route.

South Africa to rehabilitate Moloto Road in Sanral at the cost of US$0.1bn

Construction work on the dangerous  R573m Moloto Road Rehabilitation which links Pretoria to Mpumalanga and Limpopo province is set to begin after Sanral received US$0.1bn for its upgrade. Department of Transport spokesman Tiyani Rikhotso said that the project did not mean shelving of rapid rail system on the Moloto development corridor saying road safety was prioritized in Phase I.

There will also be a transfer of the heavily potholed road from the Department of Transport to the Sanral authority as a non-toll road. The government has promised to work on this road has not been bearing fruits thus resulting in the occurrence of fatal accidents on the road.

According to the spokesman for the Department of Transport Tiyani Rikhotso, details of the rapid rail project were being worked on by an interdepartmental team.

According to national expenditure estimates released last week together with the budget, the government will get funds for rehabilitation of the road from the provincial roads maintenance grant while other funds will be sourced from the taxi recapitalization program.

According to Raquel Ferreira, the Treasury budget office Director, the government will cut the expenditure ceiling to US $2.02bn (R25bn – R10bn in 2015-16 and R15bn for next financial year) by pursuing some priorities so fewer resources will be available for others.

South Africa sets aside US $236.1m for the R573 Moloto road upgrade South Africa has set aside US $236.1m for the upgrade of the Limpopo and Mpumalanga sections of the R573 Moloto road. This is according to Transport Minister Dr. Blade Nzimande.

The government will on the hand take the final decision regarding the planned rail component of the corridor. However, over the medium term, the road project is entitled to receive US $338.4m. The project is also expected to create about 12,500 jobs over the five-year duration of the project.

“As part of reviewing the Gauteng Freeway Improvement Project (GFIP), we will heighten our consultation with all involved government spheres and non-governmental stakeholders,” said Dr. Blade Nzimande. “These consultations will form a critical path toward the discussion of the South African National Roads Agency Limited (Sanral) operating model, which includes a new toll roads policy,” Dr. Nzimande said.

Dr. Blade Nzimande also noted that Sanral needs to start facing this issue head-on and listen to the people of Gauteng. The entire e-tolls scheme needs to either be scrapped or be funded differently so that the financial burden is not left with the already overstretched taxpayer. Now more than ever, the Minister must develop a new toll roads policy.

Moloto road in South Africa to receive a US $217m upgrade The government of South Africa has set aside US $217m for the Moloto Road Rehabilitation which links three provinces; Limpopo, Gauteng, and Mpumalanga. The parts to be upgraded on this notorious killer road which ships over 50 000 road users daily will be done in Limpopo and Mpumalanga.

According to the transport minister Blade Nzimande a number of construction projects across the country are aimed at improving road infrastructure while igniting growth and creating employment opportunities. “The entire roads upgrade project is set to yield approximately 12 500 jobs over its five-year period,” he said.

“The first phase of the project, which includes the construction of temporary bypasses and upgrading the main carriageway between Siyabuswa and Marble Hall in Limpopo, is nearly complete,” he added.

In the Thembisile Hani Municipality in Mpumalanga, the Moloto road make-up will include the construction of Tweefontein and Kwaggafontein access roads which are both budgeted for more than US $16m. The two roads are expected to create over 600 job opportunities for the locals.

Moreover, the minister said that there was also upgrading of four priority intersections in Mpumalanga of which three were converted to traffic circles and one to a butterfly intersection. In the current financial year, three more construction work packages for Limpopo and five more for Mpumalanga will be rolled out.

Moloto Road is famously known for its fatal road accidents. Ndzimande said that the long-term solution along this roads corridor might be the development of other modes of transport for example a rail network.

“It is crystal clear that we need a Moloto rail along this road. The problem is that the government will have to find funds for that. We don’t have enough funds to extend a rail but we will have to work on that considering rail as the backbone of public transport,” Nzimande said.