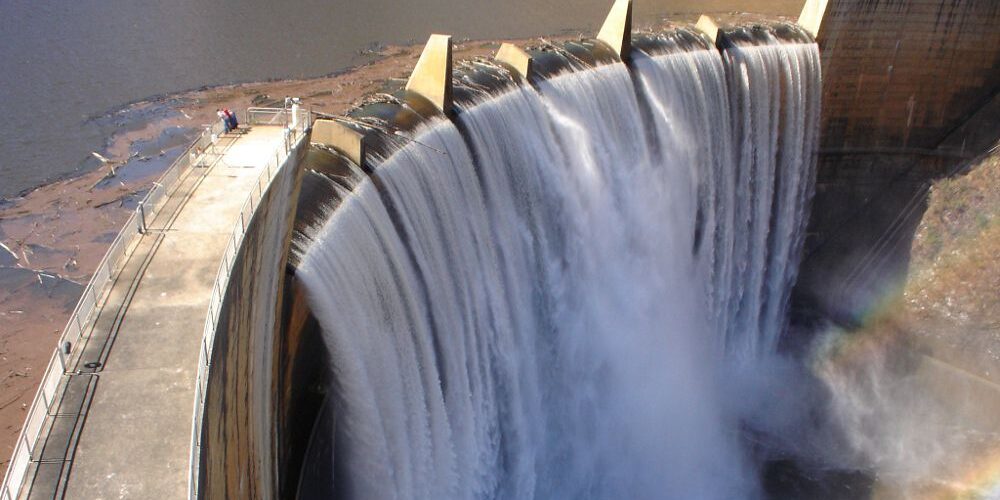 The Mzimvubu Water Project which has been under development since 1962 is finally getting underway with the construction of phase one that will be carried out in Ntabelanga in Tsolo, Eastern Cape.

The entire project involves the construction of Ntabelanga, Laleni, and Mbokazi dams, which will provide water to thousands of people in the districts of OR Tambo, Joe Gqabi, and Alfred Nzo. The Laleni Dam, which will be erected along the Titsa River, will in addition to providing domestic water, help with hydroelectric power generation, and irrigation programs.

The resumption of the implementation of the project is a tremendous relief for rural populations that still rely on rivers for water. Unsafe water sources are used by around 24% of the province’s households. Some locals, such as Nomzi Ngxiti, must walk significant distances to obtain water from the river.

Farmers reportedly want all the three dams erected at the same time while traditional leaders who are equally delighted with the resumption of the project, want the Ntabelanga and Laleni Dams built simultaneously.

However, Bandile Gqwetha, the Chairperson of the African Farmers’ Association of South Africa, explains that this may impede the construction progress. The government on the other hand asked the citizens to be patient. The Eastern Cape is South Africa’s second-largest province inland area with a population of just below a 6.5million people. The two former homeland areas, Ciskei and Transkei, contribute to its characterization as one of the country’s poorest provinces. Poverty, unemployment, and underdevelopment are key characteristics, further evidenced by the absence of key infrastructure needed to deliver basic services such as electricity, water, sanitation, primary healthcare, and education.

The population is largely supported by state social grants and over time, little investment has been realized in terms of commercial agri-business, manufacturing, and other job-creating sectors with the potential to up-skill citizens in the region. Agricultural activity in the area is that of small-scale subsistence farmers whose limited access to water and much-needed irrigation infrastructure prevents growth towards commercial, large-scale agriculture.

In his State of the Nation Address in 2012, President Jacob Zuma announced the intention of the government to launch a massive infrastructure rollout program aimed at boosting the economy, creating job opportunities, and improving the social conditions of our people. Particular focus was to be given to rural development and the need to develop infrastructure in rural areas and particularly, developing spatial economic zones based on related infrastructure investment.

Projects identified included the Mzimvubu Dam project located in the former Transkei, on the eastern side of the Eastern Cape. Records show the first feasibility studies undertaken on the possibility of a dam to capture water from the Mzimvubu River and its key tributaries such as the Tsitsa, Tina, and Mzintlava Rivers were done as early as 1962.

Over the years the apartheid and homeland governments considered developing this critical national asset, but due to mainly political reasons aimed at limiting the economic growth of the homelands, the project was never implemented despite all indicators pointing to its socio-economic viability and necessity.

The Mzimvubu River flows from the north-eastern end of the Eastern Cape, from Matatiele bordering Lesotho, through to the Indian Ocean at Port St Johns. Flowing over 250 kilometers and with a catchment of nearly 20000 square kilometers, the river is one of the largest rivers currently without a dam in the country.

The development of the Mzivumbu Dam is important for three critical and distinct reasons: First, the constitution directs the state to provide and extend access to clean and safe drinking water to the people. This includes investing in the related infrastructure to serve communities in rural parts of the country where such services are yet to be realized.

Second, the economic status of the region requires state-driven infrastructure investment with the potential to create a conducive environment for private sector off-take agreements that have the potential to grow existing and develop new industries. Last, the recent droughts have shown the need to invest in infrastructure for the purposes of storing water, not merely for distribution and supply, but for periods when the water security of the country is threatened by events such as the drought.

Thus, as the department of water and sanitation, we have, in line with the President’s pronouncement and the government’s program of action, intensified our efforts to bring into reality the Mzimvubu Water project that entails developing two dams – the Ntabelanga and Lalini.

The proposed Ntabelanga Dam will store an estimated 490 million cubic meters of water, with the slightly smaller Lalini Dam holding 232 million cubic meters. In addition, a hydroelectric power plant capable of generating 47.5 megawatts of power and producing 200 million kilowatt-hours of energy per annum on average has been identified as an added opportunity available to the scheme.

The social component of the project will assist in providing access and guaranteeing water security for over 60 villages in the immediate areas around the Mzimvubu catchment area until 2050. Communities in towns such as Tsolo, Ugie, Maclear, Qumbu, Mt Frere, Mt Ayliff, Ntabankulu, Libode, and Mthatha will thus benefit from a reliable water supply scheme that not only comprises dams but includes additional infrastructure to treat and reticulate the available water.

A total of 726000 people will be the immediate beneficiaries of the scheme, which covers estimated population growth in the area over the next 30 years. Economically, with the R15.3-billion estimated spend on the construction of the two dams and related infrastructure, we anticipate a significant economic boost for the region.

A total of 7070 job opportunities, direct and indirect, will be realized during the construction phase of the project. The Eastern Cape currently has an unemployment rate of 32.2% with 64% of the population in the province earning less than R9600 per annum.

The Mzimvubu Dam project is therefore targeted equally for water provision as much as it is a massive job creation project to improve the economic status and skills of citizens within the region.

Post-construction economic activities are expected to generate R778-million per annum for the Regional Growth Domestic Product. Employment opportunities during this phase of the project range from between 2971 to 5440 direct, indirect, and induced jobs, depending on the level of labor intensity in the irrigated agriculture schemes and other new industries. This translates into a wage bill ranging from between R240-million to R325-million per annum.

Through Mzimvubu, the government anticipates an economic boost in the region through tourism, agro-processing (including produce packaging plants, etc), and the development of new human settlements, all reliant and built on the back of this significant infrastructural investment.

Providing water security for both domestic and industrial use in the area is fundamental to promoting future investment in industries reliant on reliable water and energy supply. For us as a government, Mzimvubu is a priority precisely because it provides us with an opportunity to invest in our people, their communities, and the future of their children.

It allows us an opportunity to break the cycle of poverty, under-development, and dependency on state grants for survival. For the first time, an opportunity is presenting itself for the democratic government to end the migrant labor cycle that relegates this part of our country to be a labor-sending region, feeding young men and women to the mines as unskilled labor.

Recently, some of our consistent critics of transformation and the development of black socio-economic interests have sought to question the viability of the Mzimvubu Dam project and more so, the potential involvement of the Chinese government. Through false allegations and scare tactics, these critics have sought to create an impression that an attempt was being made to favor Chinese companies and labor at the expense of our own transformation targets in the implementation of this project.

Whilst it is correct that the South African and Chinese governments are engaged in negotiations on funding models available for the project and others, through our bilateral and the Forum for China-Africa Cooperation (Focac) agreements, these will be finalized with strict adherence to the constitution and laws of South Africa.

We shall not compromise our people’s interests and ideals of Radical Economic Transformation. Should we find agreement with the Chinese government, the principles of Broad-Based Black Economic Empowerment will be enforced alongside those of a competitive bidding process, localization, fairness, and transparency within the ambits of the law and agreements reached.

The Mzimvubu Dam project will soon be a reality, following more than 50 years of conceptualization and pondering. This administration, led by President Jacob Zuma, is on the verge of changing the future development trajectory of the Eastern Cape to empower the people and future generations of the region.

Nomvula Mokonyane is the Minister of Water and Sanitation South Africa is set to embark solely on phase 1 of the Mzimvubu water project by South African companies despite the Chinese government giving a go-ahead to invest. According to the Minister of Water and Sanitation, Gugile Nkwinti, the government has already set aside a budget in the 2019/2020 financial year for the construction of the dam.

Work is expected to start in January 2019.

“Work on the project is expected to start in January 2019 with the department having already set aside a budget for the construction of the dam in 2019/2020 financial,” said Gugile Nkwinti.

The project is estimated to cost US $1.1bn. Although the construction is dependent on the availability of funds, it is estimated that the project will not take less than seven years. According to Trevor Balzer, Deputy Director-General: Strategic and Emergency projects in the department, it’s estimated that 6700 jobs will be created during the construction and an additional 600 jobs during the catchment rehabilitation. He further added that the use of local suppliers and local employment is central to the success of the Mzimvubu project.

A new dam at Ntabelanga on the Tsitsa River will also be built as a result of the project. The dam will have a storage capacity of 490 million cubic meters. It will also include a hydropower plant that generates 7MW of power.