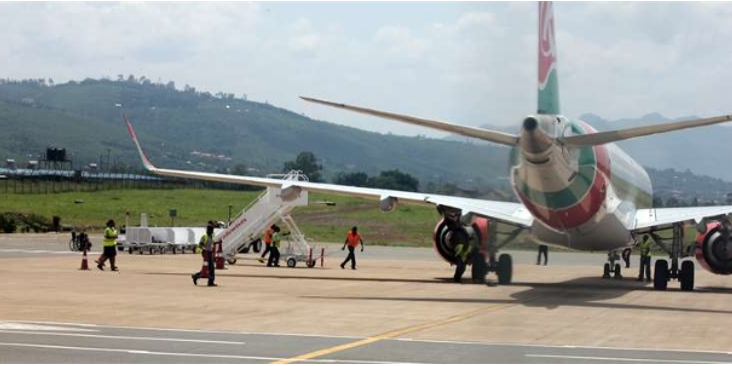 Kitale Airport in Kenya has reopened after an approximately two years closure to allow for the construction and upgrade of a 1.45-kilometre runway as well as the construction of Runway Safety Area (RSA) as part of a a Sh 221M project. The airport, which can now handle code 2B aircraft thanks to the project, was opened in a ceremony presided over by Mr. Samson Ojwang, Trans Nzoia County Commissioner (CC), and Mr. Alex Avedi, Safarilink Chief Executive Officer (CEO).

According to Mr. Martin Juma, Kitale Airstrip Manager for Kenya Airports Authority (KAA), the facility will also have the capacity to handle at least four planes with a capacity of 40 passengers each at any given time.

Juma explained that the facility’s restoration was done in two phases. Phase One was the upgrade of the 1.45-kilometre runway, and Phase Two was the construction of an Administration Block with a VIP lounge. Due to rehabilitation work, domestic flight visitors visiting the western area had to use the Eldoret and Kisumu airports.

The Kitale Airport, which according to Mr. Ojwang is one of President Uhuru Kenyatta‘s hallmark projects in the region, will help to relieve congestion at Eldoret International Airport, it will also help to improve aircraft connectivity inside the County and beyond the region.

The facility will further boost access and connection between Kenya, Southern Sudan, the Democratic Republic of the Congo (DRC), and Uganda and develop transport, communication, and commerce links between the four nations and beyond.

Mr. Avedi, applauded the government’s plan to extend the Kitale airfield, saying it would significantly enhance the County’s and the country’s expanding need for local travel.