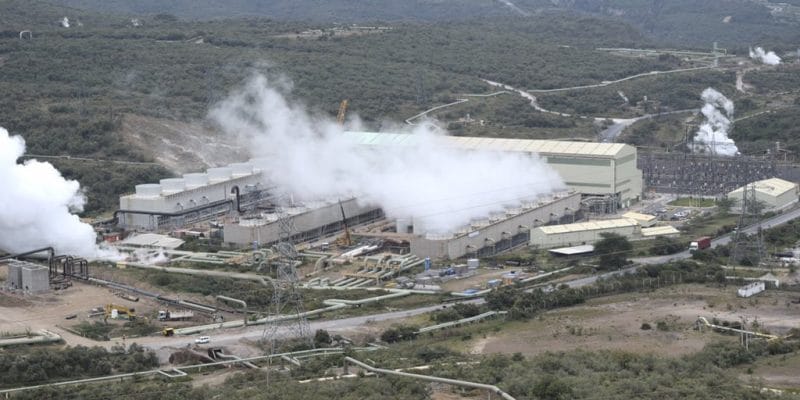 Kenya is still ahead of the game in exploiting its geothermal potential. The East African country’s geothermal power generation capacity is increasing by 83.3 MWe. This is thanks to Unit 6 of the Olkaria I geothermal power plant, which is about to come on stream. Kenya Electricity Generating Company (KenGen) launched its construction only a few months ago. And according to the 70% Kenyan state-owned company, work is now complete at the project site in western Kenya.

“The construction of Olkaria I Unit 6 is in line with the company’s long-term strategy and the Kenya Least Cost Power Development Plan (LCPDP), which focuses on the sustainable supply of renewable energy,” says Rebecca Miano, KenGen’s managing director.

However, it will take a few more months before electricity production in Olkaria I unit 6 actually starts. The turbine is currently undergoing reliability tests to confirm its production. This is the final process that signals the completion of the construction period, according to KenGen. The Kenyan energy company had entrusted the construction of Olkaria I unit 6 to Marubeni Corporation. The Tokyo, Japan-based company has teamed up with its compatriot Fuji Electric Global for the supply and installation of the turbine in the steam plant.

The output of Unit 6 (83.3 MWe) of the Olkaria I plant will be fed into Kenya’s national power grid. “Today, geothermal power accounts for up to 39% of KenGen’s total installed generation capacity. With the additional 83 MWe, geothermal is expected to increase from the current 713 MWe to 796 MWe, bringing KenGen’s share of installed geothermal capacity to about 42%,” says the company, which claims more than 2,500 employees.

Unit 6 is scheduled to go into commercial operation in June 2022. This new unit will further diversify Kenya’s electricity mix. Currently, the East African country has an installed capacity of 2,819 MW, according to Power Africa. Of its electricity mix, 828 MWe comes from geothermal plants in the west of the country. Geothermal energy is thus taking over from fossil fuels, which now supply only 749 MW to Kenya Power’s electricity network. This is ahead of hydroelectricity (826 MW) and other clean energy sources used in the country.