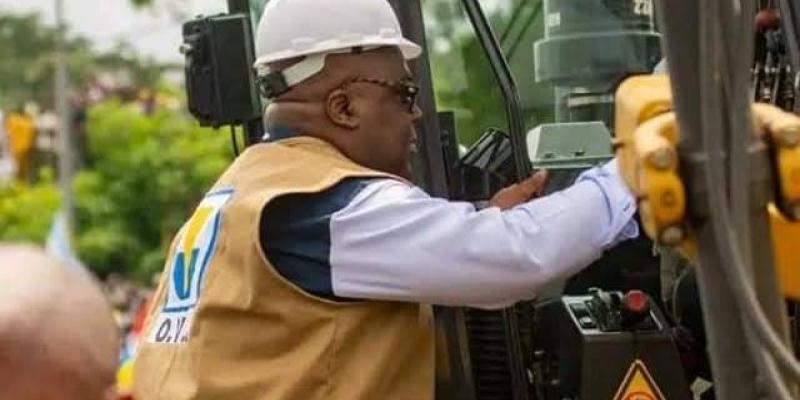 Arrived at the end of the morning in Kananga, President Tshisekedi immediately went to the town of Bena Mande at the southern exit of Kananga to start the work. It was in person that Félix Tshisekedi boarded a tractor and kicked it off.

To return to the road of Kalambambuji, this one, according to the Minister Alexis Gisaro of infrastructures, is long of 240 Kms and will be initially rehabilitated. A new 150 m bridge will be thrown over the Lulua river, 11 km from Kananga on the RN1 and two ferries over the Lueta and Kasaï rivers. For Minister Alexis Gisaro, during this first phase of rehabilitation, there will be earthworks, hydraulic works and the construction of two modern toll booths. The asphalting phase will take place after 24 months. For this second phase, feasibility studies have been launched by the African Development Bank, AfDB.

It is a company under Congolese TOA law, which benefits from the technical assistance of Israeli experts who contracted with BCECO for the rehabilitation of the Kalambambuji road.

After the start of the works, Félix Tshisekedi is on his way to the commune of Nganza where he will also kick off 50 km of the Kananga road works, works which will be carried out by the company Afrimex.