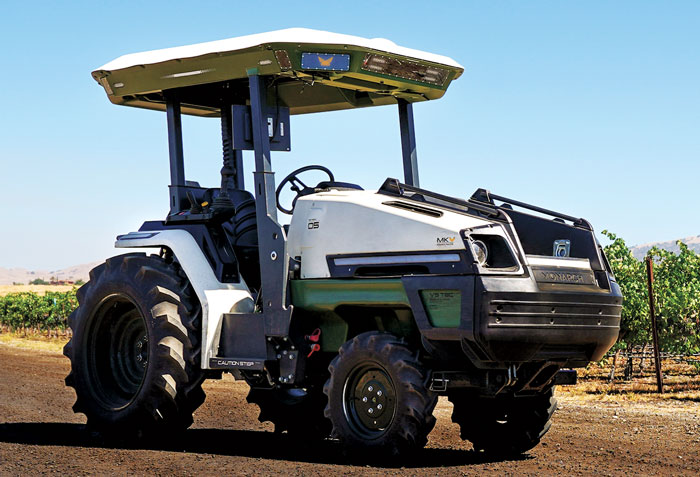 Bolloré Ports, the subsidiary of the French group Bolloré, has taken delivery of 14 electric tractors in order to improve the productivity of the container terminal of the autonomous port of Abidjan. This acquisition will allow the decarbonisation of Bolloré’s port activities through the reduction of CO2 emissions from its machines and noise pollution.

After the acquisition in April 2022 of 36 electric tractors at a total cost of 6.5 billion CFA francs (9.9 million euros), the Ivorian subsidiary of Bolloré Ports has just taken delivery of 14 new electric tractors for moving containers at the autonomous port of Abidjan.

These APM75T HE units equipped with LMP (lithium-ion polymer) batteries were built by Gaussin, a French engineering company based in Héricourt, France.  These batteries provide a higher specific energy than other types of lithium batteries and are used for mobile devices, radio-controlled aircraft (drone) and some electric vehicles. The APM75T HE tractors are co-developed by Bolloré Ports and powered by its subsidiary Blue Solutions based in Brittany, France.

The acquisition of these 14 tractors will contribute to the decarbonisation of the French group’s port activities through energy savings. This is in line with the Green Terminal labelling initiative launched by Bolloré Ports in June 2021, with the participation of Bureau Veritas, an inspection and certification specialist.

“This electrical equipment, combined with our actions to preserve biodiversity, will enable us to ensure optimal operation of the new container terminal and to control our carbon footprint as much as possible. Environmental protection is a priority for all those involved in this project and we are proud to be able to take part in it alongside the port of Abidjan,” says Koen De Backker, Managing Director of Ivory Coast Terminal, the local subsidiary of Bolloré Ports.