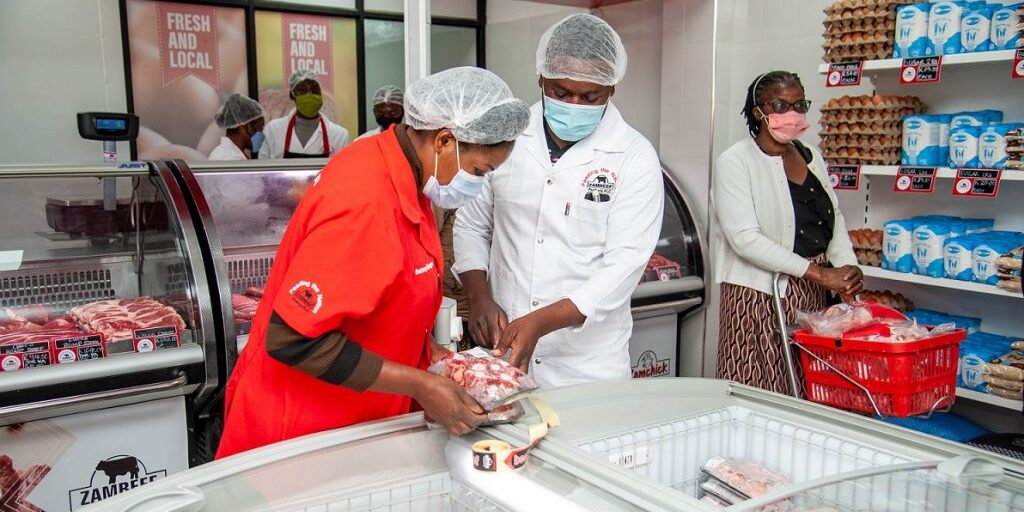 Countries with relatively small economic bases can generally point to their anchor institutions—including the manufacturing and extractive industries, or large private sector employers—as major contributors to their growth.

In Zambia, mining operations anchor the economy, but another significant home-grown entity has grown to become a renowned brand that is creating its own economic impact across the country.

Zambeef’s awe-inspiring story of braving the odds to become Zambia’s largest agri-business and food processor is one that every citizen – young and old – has come to learn and appreciate, as the company has been touching lives throughout its 27-year history.

A household name that has several times raised the country’s flag high up on the list of Africa’s food producers, the impact the company has on the economy is significant: from job creation to value addition, and from infrastructure development to income generation for the government.
Since registering its presence on the Zambian market over a quarter of a century ago, Zambeef is still playing one of the most significant roles in the country, targeting the food and agricultural sectors of the economy as part of its integrated model of operations.

“We take a triple bottom line approach in our operations because we believe that economic sustainability is not simply our traditional corporate capital but is measured by the impact our business has on its economic environment. We believe our business’ sustainability is rooted in the success of the local economy,” explained Zambeef Chief Executive Officer Faith Mukutu.

True to Ms Mukutu’s words, Zambeef has made good its long-established mission of bringing development to all corners of Zambia and its just-announced US$100m expansion plan serves as evidence of the company’s long-term commitment to realising this goal.

The recently announced investment has gained momentum in the country as stakeholders wait expectantly to see how their lives will be impacted through the growth strategy, which seeks to deliver improved production efficiency and capacity through the downstream food chain.
Therefore, it is timely to delve into what a project of this magnitude could mean for the economy.

The first order of business for the agro giant is doubling its Mpongwe farms’ capacity, which entails an increase in production of crops such as wheat and soybeans to 150,000 tonnes per year.

It is worth noting that Zambeef is one of the largest wheat producers in the country, and arable manager Brave Simpuki revealed that during the 2021 farming season, its Mpongwe farm produced 29,000 tonnes of the crop out of the 400,000 the entire country produced.

“This production followed a world-class yield and clearly shows that increasing our production could mean us producing much more of the wheat needed in the country,” Mr Simpuki said.

Further, this could mean one more thing for Zambia: an increase in downstream value chain product exports that would help the country achieve its macroeconomic objectives.

“This will help bring foreign exchange to the country, which is very important to increasing the Gross Domestic Product (GDP). Also, Zambeef is a significant contributor to government revenues and 22% of the company’s shareholding is owned by local institutional investors and pension funds, including the National Pension Scheme Authority which means every working Zambian has a stake in the company,” Ms Mukutu commented.

“Therefore, when we grow as a company, the economy does too.”

However, this is not all that the expansion entails. Another significant part of Zambeef’s objective is strengthening its sustainability agenda.

“As the country still faces high levels of poverty, the investment will mitigate this by providing employment to local people and empowering them in many other ways. Our cropping division provides significant employment to rural communities. Job creation is important to us because we believe it promotes self-sustainability among low-income communities,” said Ms Mukutu.

Further, part of Zambeef’s inclusive business model is sourcing the bulk of its raw materials from rural communities in Zambia with 100% of the beef processed supplied from small-scale and emerging farmers. The company currently secures the produce of 1,700 small-scale farmers and following the expansion, the number is expected to grow to 6,760.

Research from Leveraging Economic Opportunity (LEO), a USAID-funded programme, found that linkages and spill-over multiplier mechanisms will remain important in the face of a growing population and rising food demand in the region.

It can therefore be argued that Zambeef’s strong linkage to rural-based suppliers helps fight poverty in these otherwise ‘economically excluded’ communities, meeting the aspirations of UN Sustainable Development Goal (SDG) 1, of ‘ending poverty in all its forms everywhere’.

Being the largest vertically integrated company in Zambia, Zambeef aims to touch almost every aspect of the food and agriculture industry in the country.

Its latest initiative, which takes the retail brand further in producing high quality products and services, sees Zambeef remodeling its retail outlets to provide the best shopping experience for its customers. It has also moved to promote locally manufactured products by adding them to the newly refurbished outlets, a development that has been commended by government and other stakeholders.

Included in the company’s ‘ecosystem’ are sector clusters that have continued to produce new ideas, new products, new companies, and a tremendous amount of economic value for Zambia and the region.

The impact that Zambeef is having on Zambia in the form of such investment projects shows the company’s dedication to promoting the economy, and as Zambia continues to grow, so will Zambeef as it continues on its trajectory of being one of the leading food manufacturing, processing and distributing companies in Africa. 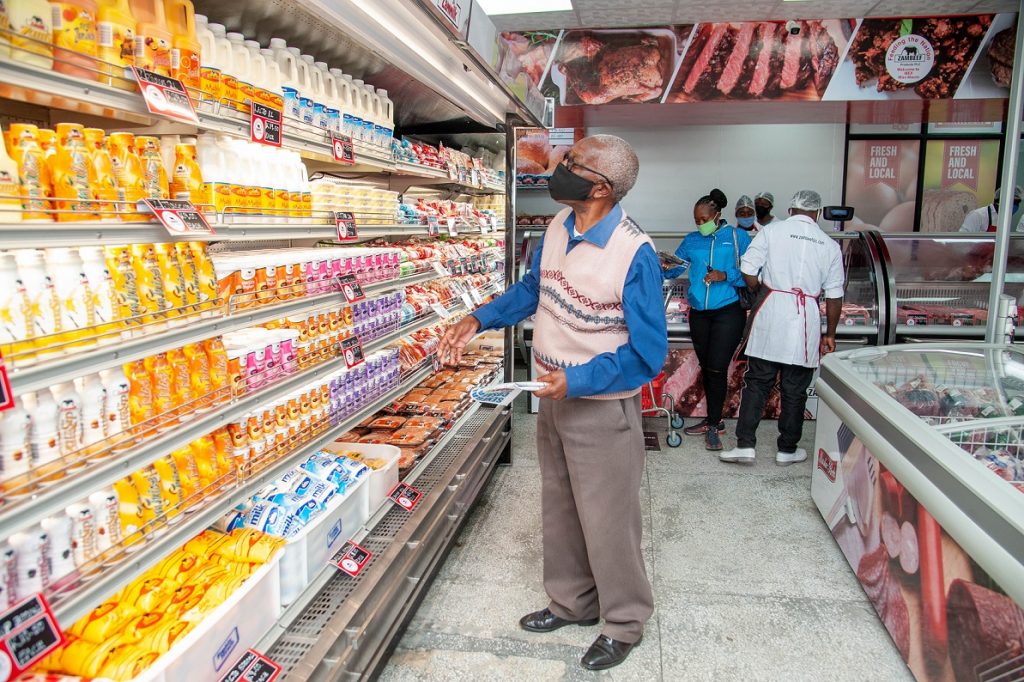