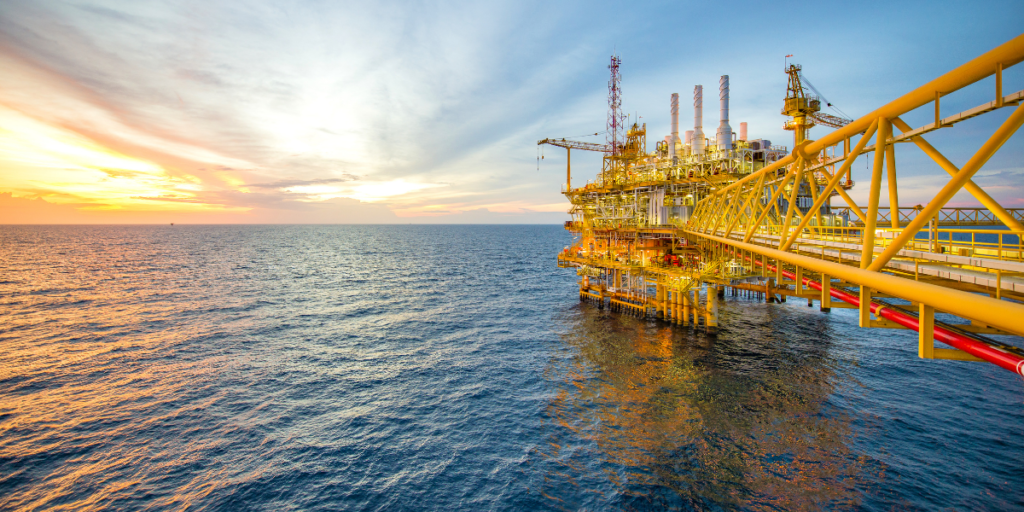 Eco (Atlantic) Oil & Gas, the oil and gas exploration company focused on the offshore Atlantic Margins, announced it has signed a Memorandum of Understanding (“MoU”) to acquire 100% of Azinam Group Limited (“Azinam”) (the “Acquisition”), including Azinam’s entire offshore asset portfolio, in return for a 16.65% equity stake in the enlarged Group on completion of the Acquisition.

Azinam is a wholly owned subsidiary of Azinam Holdings Limited (the “Vendor”), which is majority owned by Seacrest Capital Group (“Seacrest”). Azinam has successfully built a material offshore petroleum assets base in Namibia and South Africa. Pursuant to the MoU and subject, inter alia, to the signing of a binding share purchase agreement and completion of the Acquisition, Eco Atlantic will issue to the Vendor such number of new common shares in Eco as provides the Vendor with 16.65% of Eco’s share capital as enlarged by such issue (“Enlarged Share Capital”), providing for a cashless acquisition to become the sole owner of Azinam’s entire African portfolio.

Offshore South Africa, Orange Basin, Eco Atlantic will acquire 50% Working Interest (“WI”) and Operatorship in Block 2B, where Africa Energy Corp. and Panoro Energy ASA maintain Working Interests. Eco will also acquire a material Working Interest of 20% in the deepwater 3B/4B Block and the shallow water and Nearshore 3B/4B Blocks where the Company will strengthen its ongoing strategic partnership with Africa Oil Corp. as the Operator and 20% Working Interest partner.

Offshore Namibia, Eco will acquire additional Working Interests in its current oil blocks where Azinam is a partner, being Petroleum Exploration Licenses (“PELs”) #97, #98 and #99. Eco’s resultant net Working Interest in these PELs will be 85% on completion. Working Interest on these Blocks are the same as its existing interest in PEL #100, and Eco is the Operator on all four PELs.

Gil Holzman Co-founder and CEO, Eco Atlantic: ”We are delighted to update the market on this exciting transaction and welcome the stronger alignment with Africa Oil Corp. and the broader Lundin Group through direct partnership in Blocks 3B/4B and 2B. The acquisition strengthens our long-term and strategic position in Namibia, giving us 85% and Operatorship in four highly prospective blocks, and gives us added versatility as we look to partner with a major player to help accelerate further exploration activities in the country’s burgeoning energy industry. As we have always stated in our corporate strategy, our goal is to build a portfolio that will offer shareholders near-term exposure to high impact drilling catalysts. The Azinam acquisition requires no cash funding to close, and positive discussions have been ongoing with Eco’s key existing stakeholders in relation to underwriting the funds required to participate directly in 2022 South Africa drilling activity. We anticipate that our drilling in South Africa this year will be closely followed by an exploration well in Guyana. These activities come at a time when global discovered resources volumes and access to energy in southern Africa is at an all-time low and hydrocarbons are desperately required as the world navigates the path of successfully achieving the energy transition. We firmly believe that companies such as ours that explore for oil in and around emerging economies will play a vital role in reducing energy poverty. We are looking forward to commencing with our drilling campaigns planned in the prospective Block 2B in South Africa and in Guyana this year and beyond, and we will continue to further build our corporation to offer additional exploration catalysts as and when we believe these opportunities will be value accretive to our stakeholders.”

Completion of the Acquisition (“Completion”) is subject, inter alia, to the signing of a Share Purchase Agreement and satisfactory completion of due diligence by Eco (which is nearing completion) by 31 January 2022 (or such later date as may be agreed) and any requisite approvals from the Government of South Africa, the Government of Namibia and the TSX Venture Exchange.

Keith Hill, Non-Executive Director, Eco Atlantic and CEO, Africa Oil: ”The recent string of industry exploration successes, led by Guyana/Suriname but also in Ivory Coast, Ghana and offshore Brazil, has refocused attention on frontier basins in the southern Atlantic. With the addition of the Azinam acreage, we now hold some of the highest potential acreage in many of these proven and developing areas. The Orange Basin has two high profile wells currently drilling, namely the TotalEnergies Venus-1 and Shell Graff-1 wells, and success in either or both of these wells could make it one of the hottest exploration destinations in the world. The Gazania-1 well is planned to be drilled this year on Block 2B in South Africa in a rift basin that shows remarkably similar characteristics to the Lokichar Basin in Kenya. It’s location in shallow water would facilitate a fast-track development with favourable economics. Africa Oil is very supportive of this acquisition and will actively assist Eco in its near-term exploration and any corporate initiatives.”

In addition, the Vendor will enter into a lock-in agreement to restrict the sale of the consideration shares until the earlier of: the spudding of a well on Block 2B; or, 6 months following Completion in respect of a third of the consideration shares, with two equal further tranches being released from the lock-in 12 and 18 months following Completion