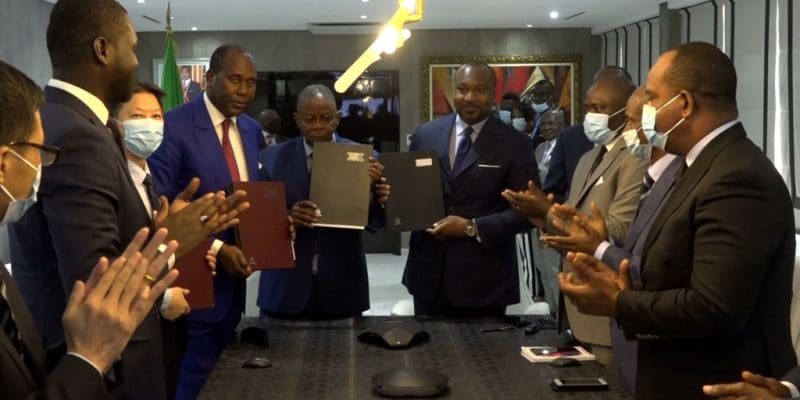 China Grezhouba Group Corporation (CGGC) will build two new power plants in Congo alongside Congolese company Energaz. The facilities, which will have a combined capacity of 331 MW, will be built under a public-private partnership (PPP).

The partnership agreement for the construction of the two hydroelectric dams was signed recently in the Congolese capital Brazzaville by Denis Christel Sassou Nguesso, the Congolese Minister for International Cooperation and the Promotion of Public-Private Partnerships, his counterpart Honoré Sayi, in charge of Energy and Hydraulics, and the managers of the Energaz-China Grezhouba Group Corporation (CGGC) consortium. The public-private partnership (PPP) signed by the two companies concerns the construction of two hydroelectric power stations.

The larger one, with an expected capacity of 230 MW, will be built in the Morala locality. The other hydroelectric power station, with a capacity of 101 MW, will be built in Nyanga, in the Niari department in western Congo. “Thanks to this PPP, we will be able to increase our capacity to produce the electricity that our country so desperately needs for its development. In the long term, the Congo will benefit from a significant energy potential to carry out major industrial projects,” says Minister Denis Christel Sassou Nguesso.

The PPP signed with the Chinese company CGGC and the Congolese company Energaz also covers the rehabilitation of the Liouesso hydroelectric plant. Inaugurated in 2017, the 19.2 MW plant is located in the Sangha department, more than 700 km north of Brazzaville. These new facilities will diversify Congo’s electricity mix.

This Central African country has an installed capacity of 500 MW against an estimated demand of 600 MW. Sixty percent of this electricity is produced by the Centrale électrique du Congo (CEC), a joint venture between the Italian energy company ENI (80%) and the Congolese state (20%). CEC has increased its installed capacity by 50% in 2020, from 300 to 450 MW.