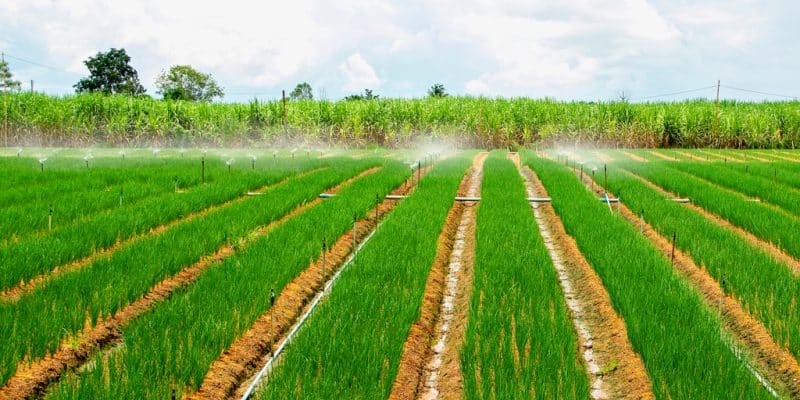 As part of the project to develop the Benue River, a watercourse located in the northern part of Cameroon, the government is launching a call for expressions of interest. The international bid concerns the rehabilitation and development of 7,131 hectares of land through irrigation. Applications are open until 5 October 2022.

In Cameroon, the government is exploiting the resource of the Benue River in the northern part of the country to irrigate land in this area. This irrigation project is once again the subject of an international call for tenders launched by the Cameroonian Ministry of the Economy, Planning and Land Management (MINEPAT).

The call for expressions of interest is open until 5 October 2022. The winning company will sign a contract for the rehabilitation and development of 7,131 hectares of hydro-agricultural perimeter in the Benue Valley. This will improve agricultural yields. “Foreign bidders presenting a bid guarantee issued by a foreign bank or insurance company will have to attach proof that the issuing bank or insurance company has a representative approved by the Cameroonian Ministry of Finance who agrees to act as guarantor in the event of a referral,” says MINEPAT in the tender document.

The project will be carried out in two phases. The first phase will allow for the rehabilitation and development of 1,122 hectares and 3,065 hectares of hydro-agricultural perimeter respectively, under irrigation on the right bank of the Benue River. A dyke (15.7 km) will also be built to channel the river and thus obstruct the flow of water to protect the areas located in the potentially floodable zone.

In its second phase, the project plans to develop 2,944 hectares of hydro-agricultural perimeter under irrigation on the left bank of the Benue River as well as the construction of an 18.1 km long dam. According to the Cameroonian authorities, it will cost 1.2 billion CFA francs (nearly 1.83 million euros) to carry out all the work, including “750 million CFA francs (more than 1.14 million euros) for the first part of the irrigation project and 480 million CFA francs (about 732,000 euros) for the second part,” says Minepat. The Cameroonian state is co-financing the work with the World Bank.