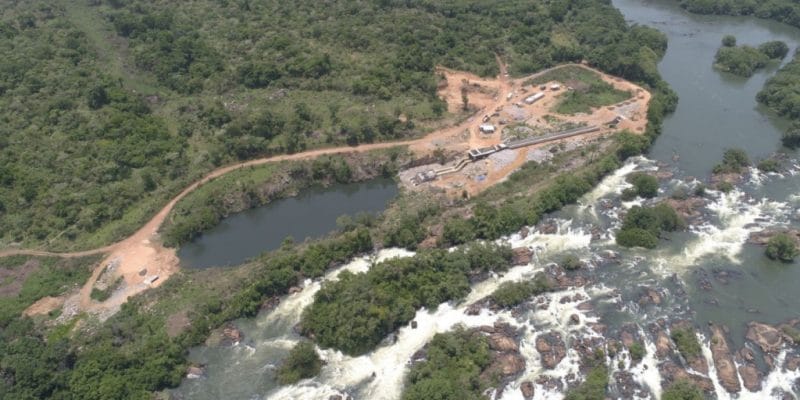 In Cameroon, the Mbakaou mini hydroelectric power station has gone into service after more than two years of work. This project was carried out within the framework of a public-private partnership (PPP) between the Cameroonian authorities in charge of energy and IED Invest, in partnership with the French group IED.

A mini hydroelectric power plant is coming on stream in the Adamaoua region of Cameroon. The installation was recently inaugurated by the IED group based in Francheville, France. The plant is located in Mbakaou, a village in the Djérem division. The facility is built on the Djérem River, the upper reaches of the Sanaga River.

The Mbakaou power plant is equipped with two Kaplan turbines of 750 kW each, for a capacity of 1.48 MW. The electricity is generated through two penstocks connected to the Mbakaou control dam located upstream of the intake. The electricity produced by the new plant is evacuated via a 30 kV medium voltage line that connects the project site to the town of Tibati over a distance of 39.7 km.

An investment of 5.4 million euros

The Mbakaou project was implemented through a public-private partnership (PPP), involving the independent power producer (IPP) IED Invest and its partner, the IED Group, as well as the Cameroonian Ministry of Water and Energy, the Rural Electrification Agency (AER), the Electricity Sector Regulation Agency (ARSEL) and the public utility Eneo.

The new Mbakaou hydropower plant is covered by a power purchase agreement (PPA) signed in 2016 between project developer IED Invest and Eneo. The plant is capable of producing 11.2 GWh of electricity per year. Enough to strengthen Eneo’s distribution network in the Adamaoua region. According to the project developer, the Mbakaou plant will benefit 40,000 people, mainly in the localities of Tibati, Mbakaou, Naskoul, Makendao, Boninting, Liboum, Gantang and Combo.

The project in its operational phase required an investment of 3.5 billion CFA francs, more than 5.4 million euros. IED Invest has received financial support from several financial partners, including the European Union (EU) through the second ACP-EU Energy Facility, under the European Initiative for Poverty Eradication and Sustainable Development (EUEI). The project has also received funding from the French Global Environment Facility (FGEF), as well as from BGFIBank, a banking group based in Libreville, Gabon.