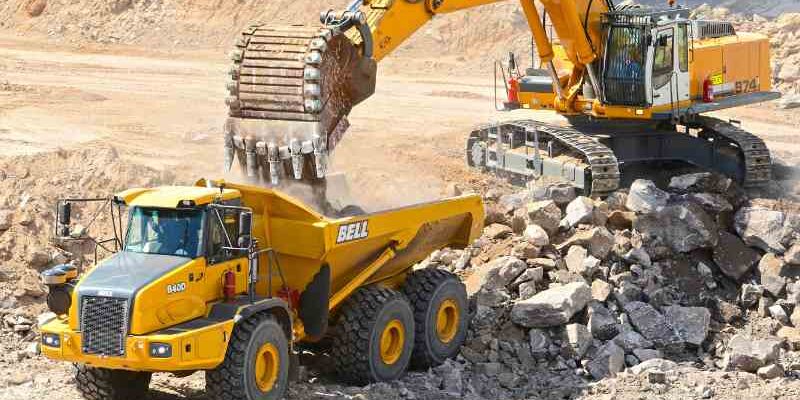 Bell Equipment, founded in 1954 in KwaZulu-Natal, plans to relocate more of its manufacturing away from South Africa. The company produces the world’s largest range of articulated dump trucks (ADTs) at its main factory in Richards Bay, as well as at assembly locations in Germany.

“To safeguard the long-term sustainability of the group, a growth plan is in place to ensure that Bell ADTs, as our higher volume products sold predominantly into northern hemisphere markets, are less exposed to the risks presented by the volatility of the South African landscape going forward,” the company said in a statement accompanying its annual results on Monday.

“Consequently, over time, more aspects of ADT manufacturing will shift to the northern hemisphere,” it added.

“The group remains committed to South Africa as a local manufacturer and is confident of the opportunities available to us, but it is vital to our business that our customers around the world trust in our ability to support them regardless of local, regional or global events.”

“Bell recognises the challenges being faced in South Africa and is well positioned to ensure the future sustainability of the group through our strategy as a global manufacturer and our ongoing investment in people and IT to remain relevant and resilient,” the company said in a statement.

For the year to end-December, its revenue increased by 20% to R8 billion, while operating profit surged from R35.6 million to R403.7 million.

The company reported headline earnings of 294c per share from a loss of 31c in the previous year. Bell declared a final dividend of 50c per share.

The company said North America, traditionally the world’s largest ADT market, came back strongly in 2021, most noticeably in the residential construction and rental sectors. This trend looks set to continue into 2022.

The European market showed strong signs of recovery driven by infrastructure development. Thanks to the delivery of trucks for the start of the High Speed Railway (HS2) project in the UK – which will create high-speed rail links between London and major cities in the Midlands and North of England – Bell’s business in the UK saw a record year, reporting revenue of more than R1 billion.

Bell said the Russian market represents 3% of its global business, and machines destined for that country in 2022 can readily be absorbed by other markets. “We are monitoring developments carefully and wish for a quick resolution of the situation, which has the potential to be devastating on the global economy.”