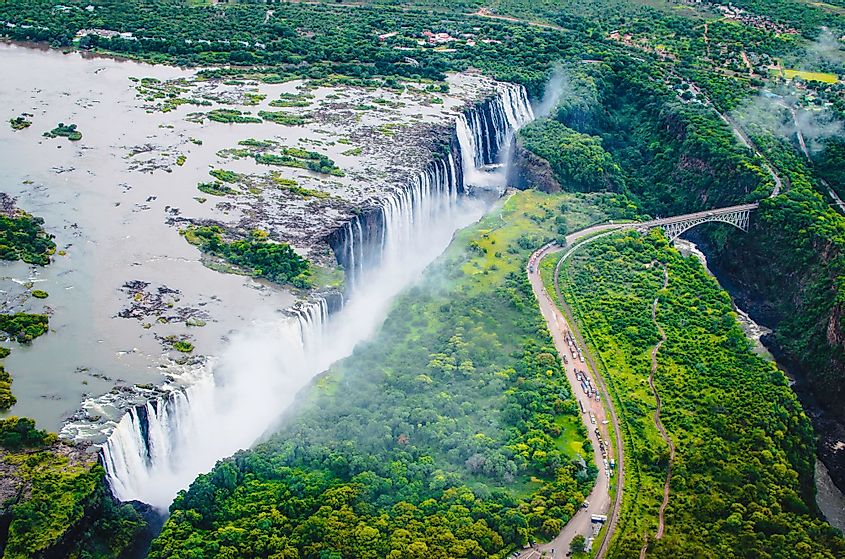 There are fears the Victoria Falls could be delisted as a World Heritage Site following massive construction activities either side of the Zambezi River might have tampered some animal corridors and natural sites.

These have been carried out on either side of the Zambezi River, between Zambia and Zimbabwe since the United Nations Educational, Scientific and Cultural Organisation (UNESCO) added Victoria Falls to that list in 1989.

This was based on its unique geomorphologic formation and remarkable natural beauty.

UNESCO is assessing if the destination still qualifies as a World Heritage Site.

As the custodian of these sites, UNESCO recently sent a monitoring team to assess the current state of Victoria Falls and its environs.

The UN body has the mandate to carry periodic assessments.

He mentioned possible outcomes, which include downgrading/red-listing or removed from the list.

“We were assessing as mandated to check the effects of developments on the World Heritage site. This also includes the planned Batoka project as we wanted to engage stakeholders to find out how it will affect tourism upstream,” said Ndakala.

He was speaking during a recent meeting with tourism stakeholders in Victoria Falls after similar meetings on the Zambian side.

Ndakala said the committee will compile a report with its findings.

“This process will result in a report that will be presented to superiors at the upcoming UNESCO World Heritage Convention in June,” the official said.

“The report will determine whether Victoria Falls continues as a listed World Heritage Site or it gets downgraded which is also called red-listing, or is totally removed from the list.”

“This is only assessment for potential impact of the threats since there are certain parameters to be followed in terms of the need to preserve tourism and value of the product,” Ndakala said.

Tanyaradzwa Mundoga, Zimbabwe Environment, Climate, Tourism and Hospitality Industry Ministry deputy director responsible for Natural Resources, said there is need to safeguard the natural habitat so as to keep Victoria Falls in its pristine state.

Tourism executive, Clement Mukwasi, who is Shearwater Adventures spokesperson, said the industry will be guided by the UNESCO findings.

Victoria Falls’ falling water blanket is about 1,7km wide and falls 108 metres down the gorge and is classified as the largest waterfall in the world.

The waterfall is within Victoria Falls National Park, which together with the Victoria Falls bridge, attract a significant number of tourists annually.

It is one of the five World Heritage Sites in Zimbabwe, others being Khami and Great Zimbabwe ruins both declared in 1986, Matobo Hills (2003) as well as Mana Pools (1984).