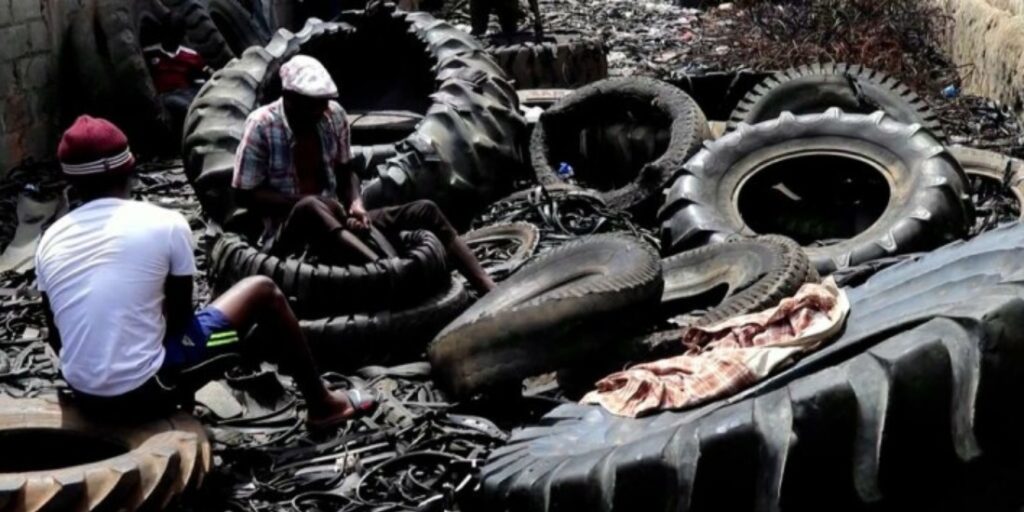 Zambia’s Central African Renewable Energy Corp. Chief Executive Mulenga Mulenga has revealed that his company is cleaning up the environment by taking out all waste and converting it into energy.

The used tyres and plastic containers that litter the back streets of cities and towns in Zambia might be an eyesore, but Central Africa Renewable Energy they are also an opportunity to make fuel that could slash the nation’s energy import bill while cleaning up its trash.

The project by Zambia’s Central African Renewable Energy Corp. currently processes 1.5 tonnes of waste to make 600-700 litres of diesel and gasoline per day on a pilot basis.

That’s hardly enough to dent the country’s mountains of rubbish or its $1.4 billion annual fuel import bill for the 140 million litres of petrol a day it consumes. But for Chief Executive Mulenga Mulenga, it’s the start of something bigger.

“At the peak of it, we hope that we will be able to contribute even 20-30% of the current fuel used in the country,” he told Reuters at his factory, where workers loaded stacks of used tyres into a furnace.

The company is seeking $60 million in investment to raise daily fuel output to 400 tonnes of diesel, 125 tonnes of petrol, and 30 tonnes of liquefied petroleum gas (LPG), he said, all at roughly half the cost of imported fuel.

Plastic and rubber are made of long chains of hydrocarbons that can be heated and broken down into something resembling crude oil — which, in the case of plastic and synthetic rubber, is what they were, to begin with.

Several companies globally are investing in this process, which involves burning waste rubber and plastic in a reactor and then mixing it with a catalyst to produce diesel, gasoline and LPG.

Just how “green” such projects are is a subject of debate. From a climate change perspective, it takes a lot of energy to convert the waste into fuel, and its products still release CO2 into the air when burned.

Waste management is a serious challenge for Zambia, and if people are still using fuel, proponents argue, it should come from recycled waste.

“We are cleaning up the environment by taking out all this waste and we are converting it into energy,” Mulenga said.