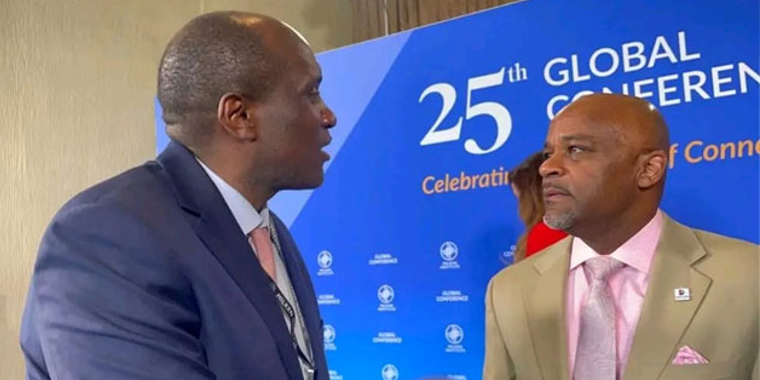 A solar battery manufacturing plant is set to be constructed in the Democratic Republic of Congo (DRC), to manufacture electric storage batteries to power smart cities in Africa and rest of the world.

The battery plant to be constructed by the US Engineering and infrastructure firm KE International, has enlisted a Kenyan investor Julius Mwale as one of its key partners in the project.

“We are investing in building a 16 Gigawatt (16 terawatt) battery manufacturing plant in the DRC, to help power our smart cities in Kenya and the rest of Africa,” said Julius Mwale the principal investor in the Sh200 billion Medical and Technology City (MMTC) in Kenya.

Mwale has constructed MMTC, a smart city in Western Kenya, which is anchored by Hamptons hospital, a solar power plant, commercial shopping district, golf district, residential homes , innovation hub and an airport district. The City has thousands of solar streetlights with battery storage.

The locals were integrated into the City without being displaced, and have access to the hospital’s universal health care program which guarantees treatment to all County residents .

“Our solar power plants are producing excess power that can be harnessed by battery storage, and utilized for peak usage”, said the tycoon while attending the 25th global conference at Milken Institute at Los Angeles , in the US in early May.

Mwale joined world leaders and leading global companies’ executives at the Global Conference where he managed to complete deals worth Sh684 billion (USD6 billion) with different financiers and partners towards the battery plant in DRC and for medical tourism at MMTC in Kenya.

“The new partnerships will enable us to expand MMTC model across Africa, where we have secured 18 locations for smart cities expansion,” said Mwale. Mwale said KE International which oversaw the construction of MMTC in Kenya will be in charge of completing the battery power plant in DRC.

The plant is being built next to Cobalt and Nickel mines belonging to the tycoon in DRC. “This is expected to solve the supply chain issues, in battery supplies in the world. The batteries will also be used to power electric vehicles, bicycles, and for residential and commercial purposes”. said Mwale.

The electric battery market is estimated to be worth US $45 trillion between now and 2050.Electric batteries were the 38th most traded product in 2020 at US $ 67 billion according to OEC, an MIT’s data analysis firm.

Mwale’s smart cities make him a key player in battery storage market due to ownership of power plants like one at MMTC. Expanding that to Electric vehicle batteries, residential and commercial storage will guarantee sustainability of smart cities worldwide.