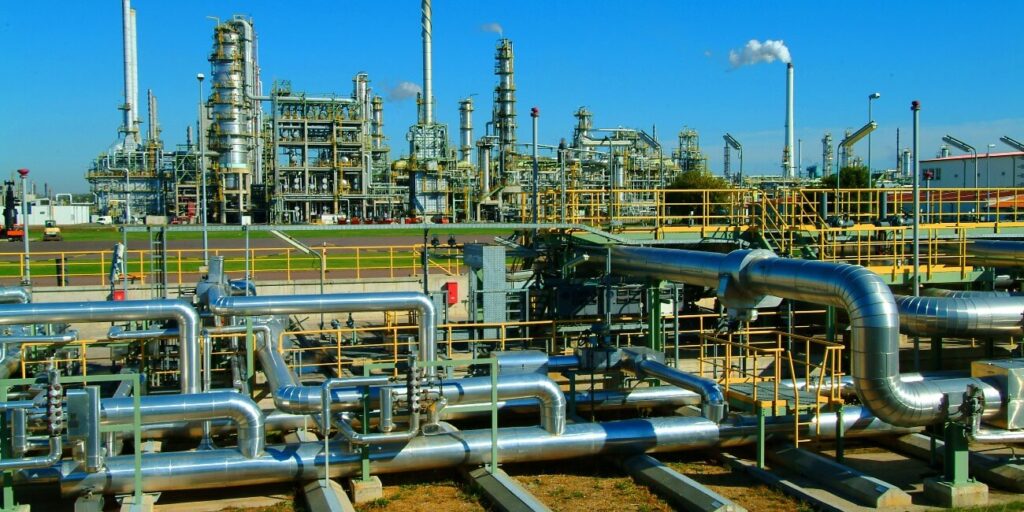 The 60,000 barrels of oil per day Uganda crude oil refinery that is set for development in Kabaale, Buseruka sub-county in Hoima District is expected to start operations in 2027 according to the Energy Minister, Ruth Nankabirwa.

Uganda to commence construction of oil refinery next year Land of 29 square kilometers in Kabaale Parish in Hoima District has been secured for the construction of the US$2.5bn infrastructure, alongside an aerodrome, staff quarters, chemical treating plants, and amenities like hospitals.

The refinery will be developed in two phases, starting with 30,000 barrels-per day to allow oil production start in 2017 but another subsequent phase will be added by 2020

The permanent secretary in the Ministry of Energy and Mineral Development, Kalisa Kabagambe, indicated that the project will mark the start of Uganda’s energy independence and enhance the energy security by unleashing opportunity of the country’s rich oil resources. Uganda is sitting on an estimated 3.5 billion barrels of crude oil. The government is in the process of evaluating bids from qualified investors to undertake the project.

He also revealed that similar works on the pipeline from Hoima to Kampala will soon start to take the product to the market through to Kenya.

Meanwhile Oil firms Tullow Plc, Total E&P and CNOOC have agreed on the cooperation framework to guide production, refining and export of oil products from Uganda to other parts of the world. The firms however are keen on the pipeline which will enable them to export the product via the Kenyan coast because the projected oil volumes will exceed national and regional demand.

Kenya agrees on a 2.5 per cent stake in the planned Uganda oil refinery Kenya has agreed to acquire 2.5 per cent of the upcoming Uganda oil refinery, in a deal estimated to cost the exchequer US$ 61m. Uganda, which has 6.5 billion barrels in reserves, hopes to complete the first phase of construction in 2018.

Energy and Petroleum PS Joseph Njoroge confirmed the news on Monday last week, pointing out that they had decided to consider the offer to enhance and support the growth and relationship of East Africa as a bloc.

“In line with the spirit of regional incorporation we committed to support each other in key infrastructure projects and we will support the Ugandan one. We shall take up a minimal 2.5 per cent stake in the refinery project,” Mr Njoroge explained.

The production of Uganda oil refinery is anticipated to reach 60,000 barrels of oil per day and much of the projected crude output is expected to be exported via a pipeline through Kenya, which is yet to be built.

The oil refinery will be located in Kabaale Township, near Uganda’s largest oil fields in the Kaiso-Tonya. The lead investor for the project will be selected by next month as two consortia – one led by South Korea’s SK Energy Co and another led by Russia’s RT-Global Resources and which are participating in the bid for construction – were to submit final bids last week.

Ugandan oil refinery to be constructed by a Russian firm RT Global Resources, a Russian firm has been selected to lead construction of an East African oil refinery to be located in Uganda.

The first phase of the refinery is expected to be ready by 2018 and the firm will also be tasked with operating the facility that will be located in Kabaale Township, near Uganda’s largest oil fields in the Kaiso-Tonya

Uganda’s Energy and Mineral Development minister, Irene Muloni confirmed the news and stated that Kenya and Rwanda are expected to purchase stakes from this development. She also said that discussions in regards to the project contract are scheduled for next month and end on May to allow possible execution of the oil refinery project.

“The process of selecting a lead investor for Uganda’s refinery project has been highly competitive. We are pleased that the two bidders responded to the request for final offers, from which RT Global Resources emerged as the selected preferred bidder,” she said.

A capacity of 60,000 barrels a day is anticipated to be the output once the project is complete and production will start off at 30,000 barrels per day.

In an agreement, Kenya is set to acquire a 2.5 per cent stake, an equivalent of US$ 61m, in the planned Uganda oil refinery project. Rwanda will also join Kenya in a similar endeavor, and this will be part of the commitment among East African Community member states to close ranks on projects that benefit the region.

RT Global beat a group led by South Korea’s SK Engineering and Construction Co. after both made final offers in January this year. RT Global Resources will not oversee construction of the $4 billion greenfield oil refinery deal in  Uganda. The Russian firm has pulled out of the deal under unclear circumstances.

Sources from Ministry of Energy confirmed that the Russian group which had been selected to spearhead the negotiations on the major agreements had “failed to negotiate in good faith” and had “failed to execute” a shareholders’ agreement.

It added that the ministry had paid in a US$2 million bid bond which RT Global Resources consortium had executed with a local commercial bank.

Apparently RT Global Resources consortium was a surprising choice when the announcement was made in February 2015.

Others partners in the consortium included GS and Telconet Capital Partnership based in South Korea.

The Permanent Secretary in the Ministry of Energy Kabagambe Kaliisa confirmed the new development.

Adding that the government had completed all negotiations with the consortium. He said the consortium had to obtain the required clearance from their respective countries.

A performance bond is a surety bond that is issued by an insurance firm or a bank to guarantee satisfactory completion of a project by a contractor.

Dr Kaliisa however played down allegations that RT Global Resources had paied in their performance bond.

But a year later the negotiations dragged-on over haggling on several agreements. These are: Shareholders’ Agreement , Project Framework Agreement, the Escrow Agreement and Implementation Agreement Construction of oil refinery in Uganda has taken a new turn following a failed deal with RT Global Resources.

However, the development is significantly likely to affect the general oil production timeline of 2022.

Meanwhile, Uganda is negotiating with South Korea’s SK Engineering, which is the alternative bidder.

After the signing of final agreements the project committee will be formed.

SK Engineering had lost the initial bid. However  it was a strong competitor.  “They came short of key government requirements including contribution to the private share and operating plan.”  This is according to Kaliisa Kabagambe, Permanent Secretary in the Energy and Mineral Development Ministry.

The Ugandan government initiated talks with RT Global in March 2015.The final agreement was scheduled to be signed last month in June.

However, RT Global made additional demands on the government. It sought to reopen and renegotiate issues that had already been agreed on by both parties.

While, construction of the oil refinery was planned to be completed by 2018,  fresh negotiations are likely to delay the project.

RT Global Resources withdrawal comes amid economic sanctions imposed on Russia by the European Union. The sanctions have adversely affected the country’s ability to raise finances. The government of Uganda has announced plans to construct its oil refinery in the western territory part of the county.

Ugandan President Yoweri Museveni revealed the plans during a meeting with the delegation of Albertine Graben Refinery Consortium (AGRC) and said that a joint venture of the Uganda National Oil Company , four Italian and Mauritian companies, and the government is working on the start of oil production, and will use the oil revenue to build national capacity.

“The upstream is heading in the right direction and also the final investment call. We have a tendency to square measure operating to confirm that the refining industry starts production. Land can not be a haul. The building of a works could be a minimum. The target is to interact the oil corporations for the pipeline,” said the President.

The government is additionally engaging with oil companies over the planned construction of the East African Crude Oil Pipeline between the oil wells in Albertine Graben, western Uganda, and the Tanzania seaport of Tanga, Museveni said.

Uganda expects to start commercial production of oil by 2022. The country has over 6.5 billion barrels of oil reserves, showed the figures of Ministry of Energy and Mineral Development. Three international companies, namely China National Offshore Oil Corporation, Total, and Tullow have an equal stake in Uganda’s so far discovered oil wells in Albertine Graben.

The Albertine Graben Refinery Consortium CEO, Ms. Rajakumari Jandhyala, who briefed the President on the progress recorded in the oil project so far, said her delegation was keen to operationalize the oil industry in the country.

The Africa Finance Corporation (AFC) has advanced US $20m for the construction of Uganda crude oil refinery, paving the way for the start of the US $4.27bn project. AFC signed the financing deal on the sidelines of the Africa Oil Week in South Africa.

Other financiers including the African Development Bank (AfDB), Prosper Africa, a US government Initiative that unlocks opportunities to do business in Africa and another US-based firm, Trace and Development Agency are also expected to put money into the multi-billion-dollar project.

Stakes in the refinery

Construction of the refinery has suffered several setbacks in the past. In 2016, a Russian consortium, RT Global Resources, which was the government’s preferred bidder, pulled out of the deal at the last minute. The government then went for the alternate bidder, South Korea’s SK Engineering.

In 2017, the company also pulled off on grounds that it could not afford to take a risk of up to 60%, being the shares given to a lead contractor. After those hiccups, the government opted for a private-public partnership to develop the refinery. AGRC agreed to these terms.

AGRC is also required to build product storage facilities and construct a 205km product pipeline from Hoima to Kampala to serve Burundi, Rwanda, eastern DR Congo, northern Tanzania and western Kenya. There is also a plan to have a product pipeline going northwards to link with South Sudan.

Ms Muloni also confirmed that a 29 square kilometer land for Kampala refinery infrastructure has already been secured. The refinery is expected to produce diesel, petrol, kerosene, jet fuel, liquefied petroleum gas and heavy fuel oil. This is expected to save the country US $1bn, the amount it spends on importing petroleum products annually.