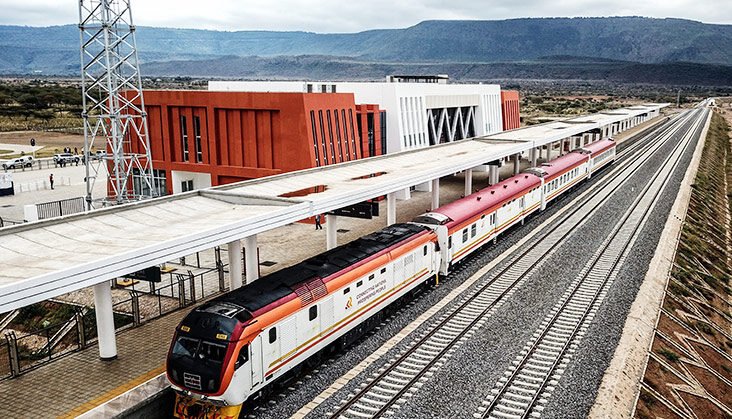 Turkish construction giant Yapi Merkezi signed a $1.9 billion contract with Tanzania on Tuesday to build the 368 km third phase of a planned railway that will eventually link Dar es Salaam, the commercial hub on the Indian Ocean, to the port city of Mwanza on the shores of Lake Victoria — which shares a border with Kenya and Uganda.

The gauge width is the same spec as the standard-gauge railway that China built in neighboring Kenya, offering the potential to extend the railway across the eastern shores of the African continent.

Yapi Merkezi said in a press release that the railway will be the fastest in East Africa, with seven stations between Makutupora and Tabora. All construction, including signalization, telecommunication and electrification work, is slated for completion in 46 months.

The company is already nearly done building the first- and second-phase parts of the railway. These span 705 km and cost $3.1 billion. Five phases in total are planned.

Phase three will link Makutupora with Tabora, both in central Tanzania. Yapi Merkezi is also in talks with the authorities for phase four, which will run 167 km. But it lost out to a Chinese consortium for phase five.

Speaking by phone to Nikkei Asia on Tuesday, Yapi Merkezi Chairman Basar Arioglu said: “The Tanzanian railway authorities were satisfied with our quality, speed and meticulous work on phase one and two. We also hope to sign phase four soon as a result of ongoing negotiations.” The planned railway will eventually connect Dar Es Salaam, the commercial hub on the Indian Ocean, to the port city of Mwanza on the shores of Lake Victoria — which shares a border with Kenya and Uganda.

But Arioglu noted that “competing with China is very tough.” He recalled the bidding process for phase five, when a consortium of China Civil Engineering Construction and China Railway Construction beat Yapi Merkezi with $1.3 billion bid that significantly undercut the Turkish proposal.

However, Arioglu said, there have been cases where Yapi Merkezi has underbid Chinese rivals, such as phase one of the Tanzanian railway, as well as a previous railway project in Ethiopia.

Arioglu said that to complement the Turk Eximbank’s financial capacity, Yapi Merkezi seeks funds from development financial institutions like the African Development Bank or from such export credit agencies as Japan’s Nippon Export and Investment Insurance, which was one of the financers of phase two.

“Sometimes the Chinese can give unexpectedly low prices that cannot be explained by economic feasibility,” Arioglu said.

But under normal tenders, “even if our financing is more expensive, we can compete with cheaper engineering, procurement and construction pricing,” he said. Better procurement can compensate for the costlier financing, and such factors as better cost calculation, better quality and quicker completion can win bids, the chairman explained. The Nkrumah Bridge in the first-phase section of the Tanzanian railway.

Arioglu acknowledged that a recent trend of African countries expecting contractors to bring financing with them is creating a challenge for Turkey. “But Turkish engineers are very knowledgeable in European standards and use materials in line with European standards, so it gives us a chance to find European financing,” he said.

African countries now have a tendency to realize projects under the public-private partnership schemes that Turkish companies are accustomed to, Arioglu said. That the format is not preferred by China is also creating advantages for Turkish companies. “We are not afraid to be an investor in those schemes,” he said.

He noted that when Yapi Merkezi took on an undersea tunnel for vehicles in the Bosporus strait of Istanbul, its South Korean partner obtained 45% of the financing from South Korean financial institutions.

By March, Yapi Merkezi also plans to open the world’s longest suspension bridge — in Canakkale, to span the Dardannelles — with Turkish and South Korean partners. This and the Bosporus tunnel are build-operate-transfer public-private partnership schemes.

Yapi Merkezi has expertise in railway projects, having completed 62 railway projects on three continents to span 3,800 km and carry 3.5 million people a day. In Africa, it has completed or has projects ongoing in Tanzania, Ethiopia, Senegal, Algeria, Morocco and Sudan.

Lauren Johnston, a visiting senior lecturer at the University of Adelaide, said that the signing underscores the urgent need for infrastructure on the continent, where populations are growing but not all families own cars.

Johnston said that while China and Turkey are competing for bids, the Turkish-built portions will complement China’s early rail investments in countries like Kenya and Ethiopia.

But Johnston added that the fact that much of the infrastructure will be financed by debt — whether attached to China or otherwise — will become a heavy burden on African countries.

“The region’s economies need to ensure they grow fast-enough as a result of these investments in order to sustain the new debts,” she said.