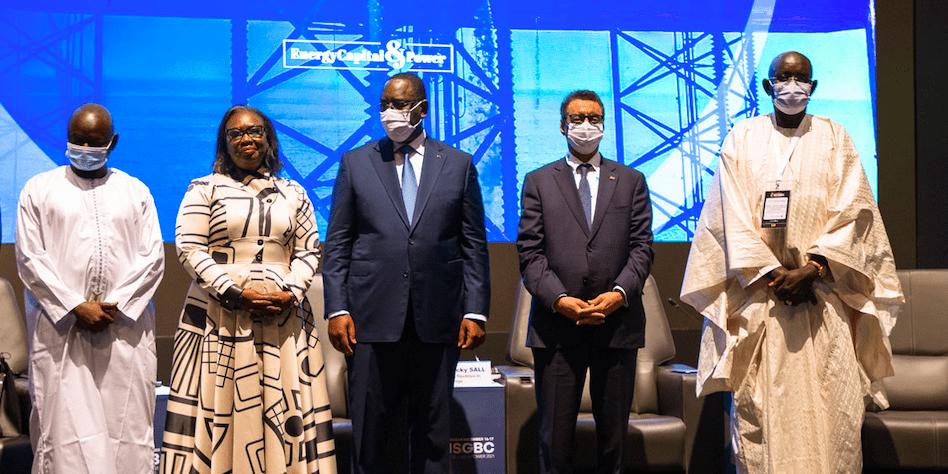 — Energy Capital & Power (ECP)  is proud to announce that Foday Mansaray, Director General of the Petroleum Directorate of Sierra Leone (PDSL) under the Office of the President, will present at the upcoming MSGBC Oil, Gas & Power Conference & Exhibition in Senegal from 1 to 2 September this year. Joining the highly-anticipated ministerial and national oil company (NOC) ( panels immediately following H.E. Macky Sall, Senegalese President and African Union Chairperson’s address on the opening morning, Mansaray will be joined by respective ministers from Senegal, Mauritania, The Gambia, Guinea-Bissau and Guinea-Conakry, along with executives from Petrosen, Societe Mauritanienne des Hydrocarbures, the Gambia National Oil Company, PetroGuin, Société Nationale de Petroles and the Organization of Petroleum Exporting Countries.

This announcement follows Sierra Leone’s launch of a major 56-block offshore licensing round at the end of last month, with the round expected to close on September 30, 2022. Although no commercial hydrocarbon discoveries have yet been made in the nation, exploration works are underway from international oil companies. Exploration in Sierra Leon dates back to 1984, with an initial pair of wildcat wells drilled by Mobil and Amoco.

More recently, the PDSL has granted 8 offshore licenses to Nigeria’s Innoson Oil and Gas and rounding out its successful fourth licensing round. With recent discoveries along the Equatorial Atlantic Margin and non-commercial oil shows found at Venus B-1, Mercury-1, Jupiter-1 and Savannah-1X between 2009 and 2013 by Anadarko and Russia’s Lukoil, international interest in Sierra Leone and the wider west African region has piqued. Under Mansaray’s leadership since October 2020, the PDSL has been a hive of activity, granting Wildcat Petroleum non-exclusive rights to 20 offshore blocks for geological surveying early last month and celebrating Innoson’s announcement a week later of an 8.2 trillion cubic feet (tcf) of estimated gas reserves discovered in the nation.

With the theme of MSGBC Oil, Gas & Power 2022 being, “The Future of Gas: Growth Using Strategic Investment and Policymaking,” the prospective megafind adds a special significance to Mansaray’s address, his nation following on the heels of regional leader Senegal with its 15 tcf transnational Greater Tortue Ahmeyim megadevelopment coming online next year and 20 tcf at Yakaar-Teranga awaiting final investment decision and Mauritania with 13 tcf at BirAllah and a further one tcf at Banda launching gas to-power. Under the Medium-Term National Development Plan, Sierra Leone’s latest licensing round will offer 63,643km2 of total offshore acreage split equally across 56 equal blocks, and with investment delegations expected from across Africa, Europe, Asia, America, Australia and the Middle East and $2.5 billion in deals being signed at ECP’s events last year, MSGBC Oil, Gas & Power 2022, through Mansaray’s presence, offers Sierra Leone an ideal platform through which to push these prospects.

Mansaray himself holds unique and privileged insight into the field as a process engineer himself, working across projects from offshore South America to the coastline of west Africa to the deserts in the north of the continent. Working for the likes of Schlumberger and TotalEnergies, Expro and TechnipFMC on multi-billion-dollar ventures, his specialism is in the integrated development of greenfield projects, ensuring these are environmentally sound and economically viable.

ECP’s International Conference Director, Sandra Jeque, notes that, “Mr. Mansaray is a forward-facing energy leader for the nation of Sierra Leone, whose stand out works in public private partnerships, foreign investment promotion and gas valorization have led his country into a new era of promising exploration at the head of the MSGBC gas rush. His presence and insights at the ministerial and NOC panels of MSGBC Oil, Gas & Power 2022 will be a blessing for all delegates expected and a compass by which the west African basin’s countries may orientate their investment strategy and policies.”