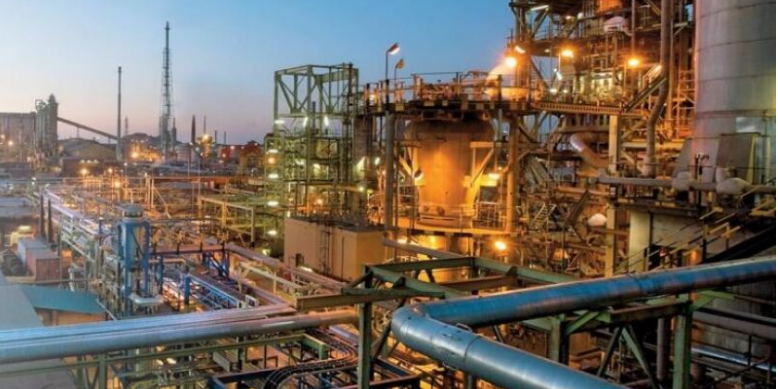 Investing in the ARP would tie Sasol to the asset “for 30 or 40 years because that’s the nature of the investment,” Sasol’s CEO Fleetwood Grobler told Bloomberg in an interview at Sasol’s Johannesburg headquarters.

“Gas in the long term is also a fossil fuel and we said we want to get to net zero,” Grobler said. “It’s a no-regret move because you know that will deplete and then when you don’t need the gas you don’t develop more gas. You need to bridge 10 to 15 years and then you need to go out.”

In 2020, South Africa still relied on coal to satisfy 74% of its energy needs, more than twice the average of 31% among the G20 group of industrialized and developing nations, according to Climate Transparency, an organization that tracks the energy transition in the G20.

In September 2021, Sasol announced a plan to reduce its GHG emissions 30% by 2030, but it has so far been able to confirm access to only 10% of the natural gas it will require to displace enough coal to reach that target, Climate Transparency reported.

Sasol’s nixing of the proposed ARP leaves it with two options for sourcing additional gas: LNG imports and the development of South Africa’s own gas reserves. Sasol, though, is also going green, having set up a new business unit, ecoFT, to develop its proprietary Fischer-Tropsch gas-to-liquids technology to better utilize the 2.3 million tons of gray hydrogen the company produces yearly.

Sasol says it plans to replace the gray hydrogen produced during its manufacturing processes with green hydrogen made from renewable energy using the power-to-liquids process.

In its interview with Grobler, Bloomberg reported that the company is considering LNG imports from a permanently moored floating storage regasification unit (FSRU) planned for the Port of Matola in Mozambique’s capital of Maputo.

Sasol currently imports gas from its declining Pande and Temane gas fields in southern Mozambique via the 865-km Rompco pipeline which connects into the MGC transmission network. It expects to compensate for it declining gas volumes once the Matola FSRU becomes operational, something the South African publication Engineering News predicts could occur in 2024.

Meanwhile, TotalEnergies CEO Patrick Pouyanne visited Maputo on 31 January where he told reporters that the French major plans to restart its $20 billion LNG project in northern Mozambique, which it halted after declaring force majeure when insurgents tied to Islamic State attacked the area a year ago.

“My objective is that we will restart in 2022,” Reuters quoted Pouyanne as saying. “A lot of progress has been done and frankly in a very short period of time.” The only hold up now is to restore public services to abandoned towns near the construction site, he explained.

TotalEnergies acquired a 26.5% operating stake in Mozambique LNG managed by its local subsidiary, after it took over the project in September 2019 as part of its deal with Occidental to buy assets the US company acquired with its purchase of Anadarko.

ExxonMobil and Eni similarly put on hold their own $30 billion plan to develop Mozambique’s northern offshore gas resources, delaying a final investment decision on their Rovuma LNG project in which ExxonMobil is to lead construction and operation of onshore facilities and related liquefaction trains while Eni leads upstream developments and operations.

The proposed 2600-km ARP in which Sasol was said to be considering only a small interest, would link upstream production in the Rovuma basin to points south with the Mozambican segment originally scheduled for completion in 2025 and the South African leg to follow in 2026.

Meanwhile, South Africa is exploring its own offshore for possible world-class gas resources.

In October 2020, TotalEnergies announced it had made “a significant gas condensate discovery” 175 km off South Africa’s south coast on the Luiperd gas field adjacent to the Brulpadda discovery.

After having reached a depth of 3499 m, drillers on Block 11B/12B in the Outeniqua basin discovered “73 m of net gas condensate pay in well-developed good-quality Lower Cretaceous reservoirs,” TotalEnergies reported.

Total is the operator with a 45% working interest, together with Qatar Petroleum, 25%; CNR International (Canadian Natural Resources), 20%; and the South African consortium Main Street, 10%.

In April 2021, however, Total’s environmental consultancy, SLR, notified South African officials that “Total E&P South Africa BV has decided to postpone their application for additional drilling and activities” on Blocks 11B/12B,” according to a letter obtained by Reuters.

“Thus, the application for Environmental Authorization of the additional drilling and associated activities in Block 11B/12B has been withdrawn,” according to SLR’s letter.