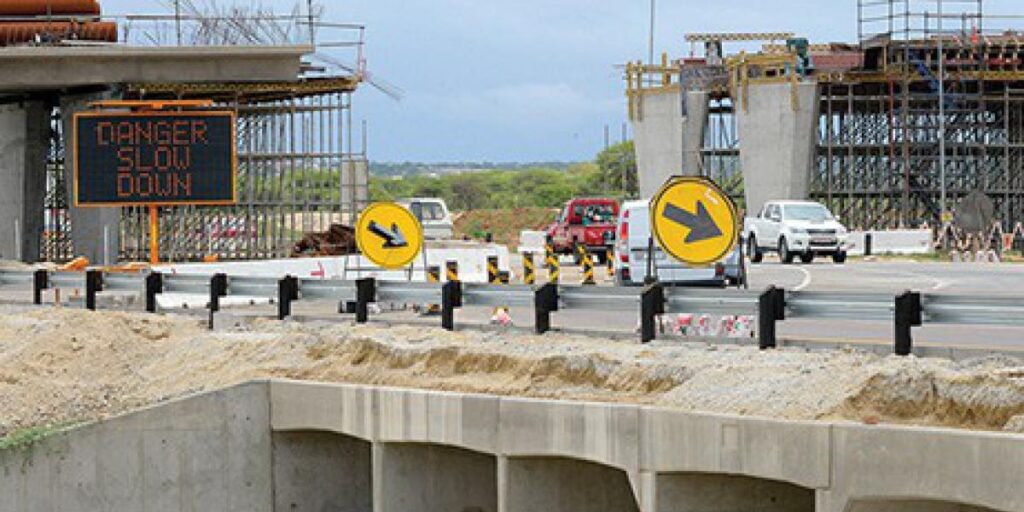 The South African National Roads Agency (Sanral) has cancelled adjudicated tenders to the value of R17.47 billion in the past week, throwing the sustainability and viability of South Africa’s civil engineering industry into doubt.

The tender for the Eastern Cape’s new Mtentu River Bridge, valued at around R3.4 billion and listed as one of the country’s presidential priority projects intended to stimulate the economy post the Covid-19 pandemic, is among the tenders to have been cancelled.

Sanral spokesperson Vusi Mona confirmed on Tuesday that other cancelled tenders are:

“The tenders were cancelled due to a material irregularity in the tender process where a resolution made by the board in January 2020 was not implemented in the evaluation of the said tenders,” he said.

‘Crisis’ for construction and the economy

SA Forum of Civil Engineering Contractors (Safcec) CEO Webster Mfebe told Moneyweb on Tuesday these tender cancellations are a crisis for the construction industry and the recovery of the South African economy.

He said these tenders are instrumental to the survival of the construction industry and become a lost opportunity cost.

“The ripple effect is far-reaching and adverse overall to all the parties that are affected by the cancellation of projects.” 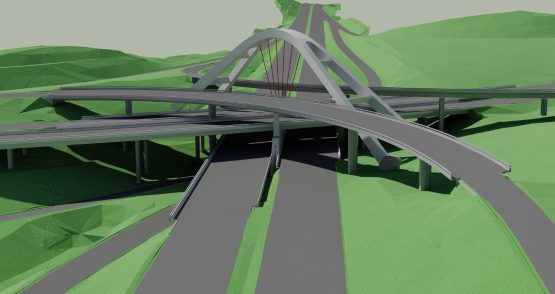 An artist’s impression of the planned overhaul of Durban’s EB Cloete Interchange (Spaghetti Junction), which connects the N3 and N2 national highways and is set to have a new iconic arch structure. Image: Sanral

“This is a perennial problem facing South African infrastructure across the board, which is why this economy is still in sub investment grade standard as determined by the rating agencies,” he added.

In reference to the Mtentu River Bridge project, Mfebe said international partners have “twice been slapped in the face” with tender cancellations “sending a very bad signal that South Africa as a country is not bankable”.

President Cyril Ramaphosa said last September during an oversight visit to Sanral’s N2 Wild Coast Project, which includes the construction of the Msikaba and Mtentu bridges, that the project would create about 8 000 direct full-time jobs and between 21 000 and 28 000 indirect jobs.

Ramaphosa said this would translate into a wage bill of about R750 million, while another about R4 billion would be spent on targeted enterprise development during the project construction period.

Concor, in partnership with global construction engineering group China Communications Construction Company, was the only bidder for the Mtentu River Bridge tender that satisfied Sanral’s technical criteria and whose bid was subsequently adjudicated by Sanral.

Concor CEO Lucas Teki said on Tuesday: “We were totally heartbroken when we received this letter of cancellation after so much investment on our side to submit the bid.”

“The president communicated to the nation that these are priority projects that will be utilised as a mechanism to stimulate our economy. What has happened is contrary to that.”

He said Concor avoided specific opportunities because it knew these resources would be deployed on the Mtentu River Bridge project.

“Now we have lost out on those opportunities because we did not respond to them because we were of the view that our capacity would be taken up but now that has not happened,” he said.

Teki also referred to the holdings costs for staff and capital equipment and its obligations with lenders because contractors have between 20 and 25 days to be on site after a Sanral tender is awarded and must produce their performance bonds and guarantees within about 14 days.

Mona said it is common knowledge that for a proper governance environment to exist, board decisions must be implemented by management “unless, of course, the argument is about the legality of the board decision in question”.

Any alternative to that will result in the breakdown of governance and indeed in chaos, something which Sanral has until now avoided, he said.

Mona said the board’s decision was informed by the conclusion of the proactive assurance conducted by internal audit and legal, both of which were bolstered by an external legal opinion.

“No prudent board would have allowed such awards to go ahead in the face of legal opinion and the conclusions reached by internal audit.

“It is unfortunate that the cancellations will now delay the implementation of critical infrastructure projects. However, it cannot be said that governance procedures must be thrown out of the window because we are all now rushing implementation,” he said.

Sanral should therefore have found a commercial and legal cure, possibly with the assistance of the Auditor-General and National Treasury, so it “did not throw out the baby with the bathwater”.

Questions were also raised about how some tenders submitted to Sanral’s board for approval complied with the board resolution and were awarded while others did not.

“What is happening is almost an intentional concerted effort to destroy and kill what remains of the sector,” he said.

Questioning ‘the real reason’ for cancellations

“We are disappointed they are cancelled and cannot establish what the real reason is for the cancellation,” he said.

Neff said if Sanral had rolled out all of this work it would probably have resulted in a construction boom.

Raubex CEO Rudolf Fourie said it is affected by the cancellation of the EB Cloete Interchange Improvements tender and was surprised by the other cancellations.

“A number of years ago Sanral was an efficient and reliable delivery mechanism for major projects in this country but unfortunately, for whatever reason, that ability seems to have been lost over the last number of years, which is actually quite concerning,” he said.