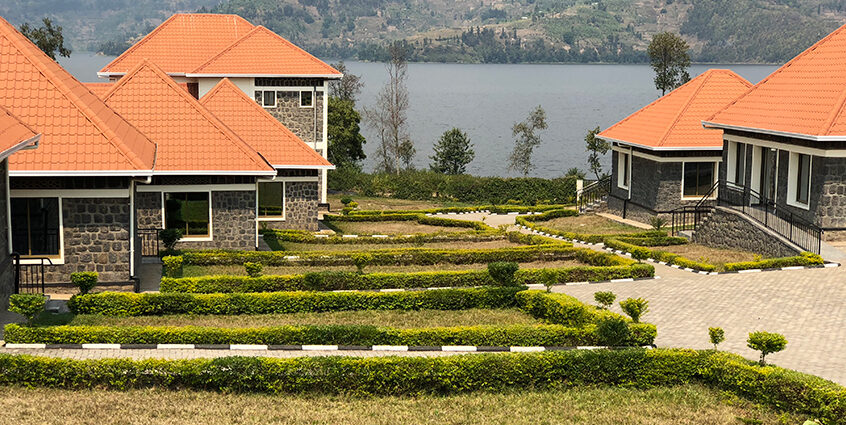 The government has issued a tender calling for bids to buy Burera Beach Hotel.

The hotel, which is meant to enhance tourism in Burera district, is located on Burera Lake shore in Nyamabuye Cell, Kagogo Sector.

In 2015, officials had promised the construction of the Hotel to be completed by December that year at a cost of Rwf350 million.

According to a request for proposals for the acquisition of Burera Beach Hotel issued on April 11, 2022, Rwanda Development Board (RDB) sought to procure interested individuals, companies and/or consortiums to purchase the Hotel from the government through a competitive bidding process.

Government is the only shareholder in the Hotel.

Among the eligibility requirements for bidders include possession of a bid security of $50,000 from a local or international bank; and a copy of the company registration certificate of the bidding company is a necessity.

Also, a bidder has to submit a signed statement by a duly authorised representative of the bidding company attesting the company is in good financial order, is not bankrupt, is not having their affairs managed by a court, has not entered into an arrangement with its creditors, or has not suspended its business, or similar or related situations.

According to RDB, a bidder should also provide a technical proposal comprising the items clearly indicating the strategies and the actions to be undertaken to run the hotel with a clear timeline, provide a detailed business and investment plan highlighting ability and actions to revamp and upgrade the hotel, the proposed capital investment and projections on jobs to be created.

The request for proposals for the acquisition of the hotel shows that it has a building with a bar and restaurant among other facilities.

It also has a counter, store, two restrooms and two urinals, two toilets, terraces, and a kitchen.

The decision to privatise the hotel came after a series of disagreements between the District and Nsengiyumva Barakabuye, who had a contract to manage it.

The disagreement came from the works that the contractor wanted to be done before the hotel could begin to operate, but the district faced a funding deficit for the works.

The investor had requested that some activities be carried out by the District before the operationalisation of the hotel. They included; replacing mattresses for single beds [with quality mattresses], equipping the reception desk and office with chairs, as well as rehabilitating the electricity [supply system] and installing security lights.

Others were providing the hotel with internet connectivity, and requesting contractors who built the hotel to rehabilitate walls that had started being damaged as a result of humidity.

According to feedback dated April 10, 2020 from the Ministry of Justice, the Ministry resolved that the District should do its best to ensure that the necessary works under its responsibilities be done before the contractor is requested to start operationalising the facility.

Meanwhile, Barakabuye, told The New Times that the issue between him and the District has not yet been solved, observing that he will consider a way forward later [after the hotel has been privatised].

He said that in 2017, he signed a contract with Burera District to manage the Hotel for 21 years, indicating that he was expecting to make a profit from the venture. However, he did not disclose how much he had invested in the venture so far.

He said the district had the authority to decide the hotel’s fate since it has rights as owner.

“We had signed a contract under which I would manage it [the hotel] for those years [21], but the property remains theirs. Whatever decision they can make about it, I cannot overturn it because I do not have power over them. However, the fact is that we have a contract that has terms on how it should be terminated,” he said.