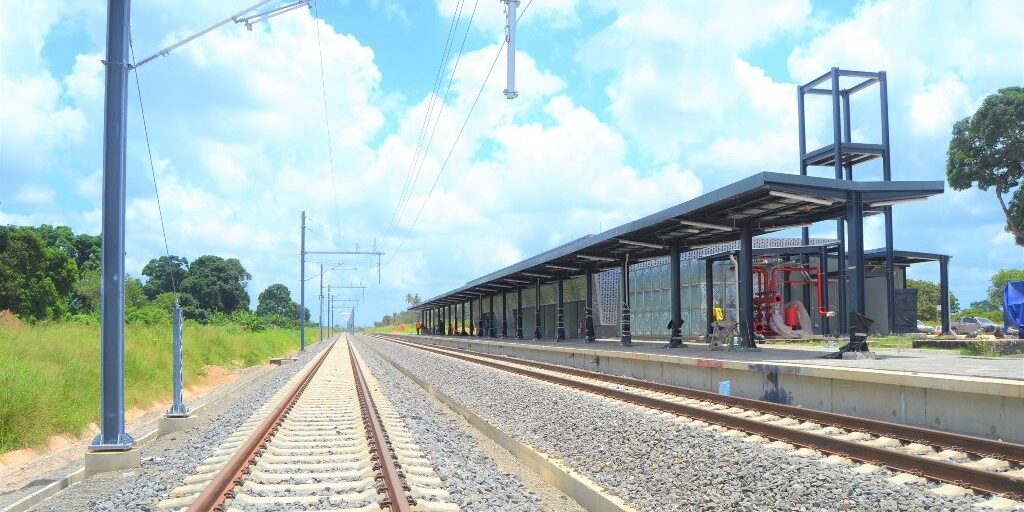 Tanzanians will have to wait longer to ride on an electric train, due to delays in completion of Julius Nyerere Dam that is expected to produce electricity to power locomotive engines on the standard gauge railway (SGR).

According to officials, the construction schedule of the dam was re-done and the completion date pushed to 2024.

Officials announced this week service testing on the 300-kilometre Dar es salaam-Morogoro stretch of railroad will be done from August.

Currently, engineers are examining the systems that will supply power to the locomotive engines on the line which was launched on Saturday, an activity expected to be completed within three months. This will be followed by an official launch of a passenger train, according to the Tanzania Railways Corporation (TRC). Two electric locomotive engines had been purchased by Turkish Construction Company Yapı Merkezi for use in testing on the line.

Already, says TRC head of public relations Jamila Mbarouk, people have been advised to steer clear of the railway line during the testing period.

However, the Rufiji River power project, which was scheduled to start operating next month and supply 2,115 megawatts of power, will be completed in 2024. According to Tanzania Electricity Corporation (Tanesco) Director-General Maharage Chande various challenges meant the $2.9 billion project’s timeline would need to be stretched to “sometime in 2024 at the earliest.”

A new deadline date for the dam’s launch will be determined after a joint project appraisal with the Egyptian contractors is completed, Mr Chande said.

He noted that the postponement was not related to project financing issues “but other factors.”

The dam located in the Stiegler’s Gorge on Tanzania’s Rufiji River is being built through a joint venture of two Egyptian companies, Arab Contractors and Elsewedy Electric.

Construction began in December 2018 with an initial completion timeline of 42 months. Mr Chande’s announcement came on the back of recent revelations in a government audit report that the power utility is facing compensation claims from the contractors over breach of contract. According to Controller and Auditor General (CAG) Charles Kichere’s findings, frequent power cuts at the project site had caused work stoppages that resulted in the contractors lodging a $8.53 million claim with Tanesco.

According to CAG, the project was only 48.02 percent complete instead of the envisaged 94.47 percent by October 2021. Among reasons for the delay are Covid-19 pandemic, design and flooding of the Rufiji River.

Mr Chande said the project was 58.8 percent complete by March.

“The initial plan was to complete it by June but it has become obvious that is no longer possible. We are currently conducting an evaluation with the contractors to know when the dam can start generating electricity but all indications show it won’t be before 2024,” he said.

Ahmed El-Assar, senior vice chairman of the Arab Contractors company, told an Egyptian government delegation visiting the project site in December last year that other challenges have included the location in a dense forest and difficulties in selecting the right manufacturer and exporter for the dam turbines.

The first of the nine turbines of 235MW capacity each was installed in August 2021. Tanesco officials said in July last year that construction of a 400-kilovolt transmission line to a cooling substation in Chalinze, Coast region had already begun to allow for immediate integration of electricity into the national grid once the dam starts operating.

The 160-kilometre transmission line was being built by an Indian firm, Larsen & Toubro Construction Company, the power company said. However, Energy Ministry sources confirmed to The EastAfrican this week that work on both the transmission line and cooling facility is also still far behind.