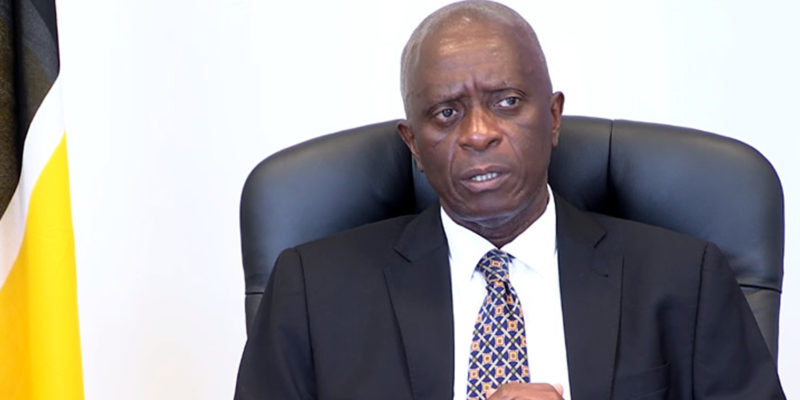 Mozambique represents one of Africa’s most lucrative gas markets, and with over 100 trillion cubic feet of reserves, multiple large-scale project developments and a strategic location, the country is well positioned to meet domestic, regional and international gas demand while kickstarting long-term economic growth in southern Africa. Stepping into this picture, the newly elected Minister of Mineral Resources and Energy, H.E. Carlos Zacarias, has made clear his intentions to resume project developments, awaken new investment and improve local company participation in oil and gas, and the minister will be coming to African Energy Week (AEW) 2022 in Cape Town to do just that.

Following the discovery of sizable gas reserves in the offshore Rovuma basins, major global players flocked to Mozambique to kickstart large-scale project developments. The most notable of these include the TotalEnergies-led offshore area 1 development in the Rovuma Basin – whereby the major secured the largest private debt-raise in African history, securing $15 billion in financing – the ExxonMobil-led Rovuma Liquefied Natural Gas (LNG) Liquefaction Plant in offshore area 4 of the Rovuma Basin; and the Eni-led $8.6 billion Coral South Floating LNG (FLNG) project. With a capacity to produce 12 million tons, 15-16 million tons and 3.4 million tons of LNG annually, respectively, these projects have the potential to transform the regional energy landscape.

Following project suspension due to security threats from the insurgency in 2021, both the government and project operators are focused on kickstarting project resumption in 2022 and progress has already been made in this regard. TotalEnergies has met with both the governments of Tanzania and Mozambique to discuss its return and the Coral-Sul FNG vessel – the first to be deployed in Africa’s deep waters – arrived in Mozambique in January this year. Getting these projects online is critical, as the LNG produced will be able to meet both regional and international demand, and with Europe looking to tap into alternative gas markets, Mozambican gas has a role to play. In addition to improving international trade, the minister is prioritizing regional utilization, with expanding regional gas networks such as the Republic of Mozambique Pipeline Company’s 865 km pipeline linking Mozambique’s Pande and Temane fields to Sasol’s operations in South Africa pivotal for scaling up regional gas trade.

“It is time for Mozambique to realize the potential of the country’s significant gas reserves. Having recently met with the minister in Mozambique, the AEC is working closely with the government to ensure project resumption as well as the kickstarting of associated project developments on the back of renewed investment in this opportune sector. With a focus on gas monetization, local content and securing investment, H.E. Zacarias will be coming to AEW 2022 in Cape Town to meet with regional gas leaders including Equatorial Guinea and Senegal, as well as international investors and companies, sharing insights, suggesting solutions and signing industry-advancing deals that will transform Africa’s energy landscape,” states NJ Ayuk, Executive Chairman of the AEC.

In Cape Town, H.E. Zacarias is committed to securing further investment and signing deals with regional counterparts in an effort to scale up Mozambique’s gas market. Emphasizing the value of the domestic sector, the minister has and continues to prioritize local content, capacity building and the kickstarting of associated sector development. With energy representing the backbone of any economy, H.E. Minister Zacarias is prioritizing SME development, inclusivity as well as regional integration as he reaffirms the ministry’s agenda of positioning Mozambique as a global gas hub.

Taking place from October 18-21, 2022, AEW has placed natural gas at the center of the event’s agenda, hosting panel discussions, investor summits and exclusive networking forums that pave the way for rapid industry development across Africa’s gas market. Delegations from gas-rich countries including Nigeria, Equatorial Guinea, Ghana and Senegal, and now Mozambique, will be coming to Cape Town to lead the discussion on the future of African energy. Representing the continent’s official event for the oil and gas sector, AEW 2022 unites international investors with African opportunities and will be the platform for deals to be signed and partnerships formed that will drive Africa’s gas future.