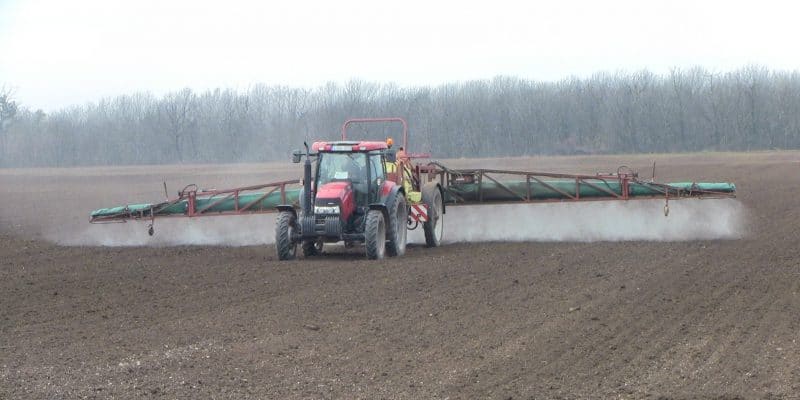 In Ghana, the government is considering the acquisition of a new water retention system in response to the drought that is impacting agricultural production. One of the functions of the Water Retainer, designed by the Hungarian Water and Soil Company, is to improve soil moisture.

Like many countries in Africa, Ghana is facing drought. Among the most affected areas are Ashanti, Bono, Ahafo and Western North. These are also the areas where most farmers, especially cocoa farmers, are concentrated. But with the lack of rainfall observed for several months, the Ghanaian government fears repercussions on its economy, since the cocoa sector alone contributes 9% of Ghana’s gross domestic product (GDP). For the 2020/2021 cocoa year, the West African country has harvested 1.4 million tons of beans, 300,000 tons more than forecast last June and nearly double the 2019/2020 production (770,000 tons) according to the Ghana Cocoa Board (COCOBOD).

The emergency solution envisaged by the Ghanaian government in the coming weeks (or months) is the acquisition of a Water Retainer. This is a water retention system designed by the Hungarian company Water and Soil Company. With this technique, the Ghanaian authorities should improve soil moisture by 30 to 40% compared to current conditions. The system would also increase the activity of microbiological life and crop yields, promote better germination, reduce salinity, making agriculture possible in very dry areas.

Water Retainer can be applied either by surface spraying or dissolved in the irrigation water, with different levels of dilution possible. Its effects generally last for three months, a period sufficient to make any type of soil fertile. Approved by the Food and Agriculture Organization of the United Nations (FAO), Water and Soil Company’s soil conservation technology is already being used in many countries, including India, Hungary, South Africa, Morocco and Kenya.

The Hungarian company plans to make its system more efficient in the near future, allowing it to attach to both plant roots and soil grains. Thus, water (from rain or irrigation) will penetrate more easily into the soil, then run off to the water table, increasing the reserve.