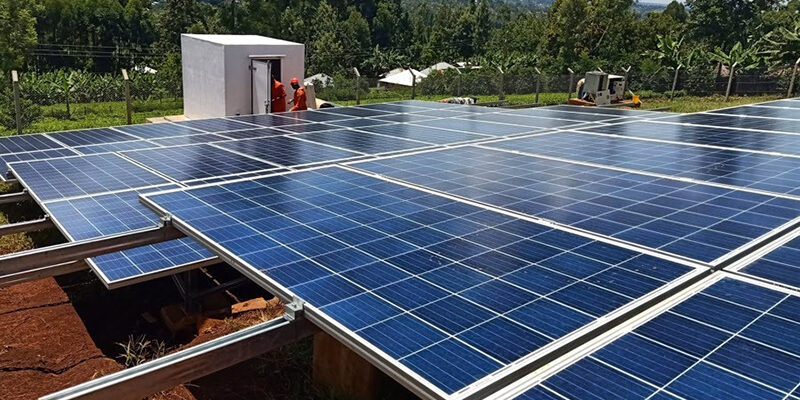 With an electricity access rate of 73% in rural areas according to Power Africa, the government of Ghana wants to continue its efforts by focusing on solar photovoltaic energy and its decentralized systems. This is the framework for the Solar PV Mini Grid and Net Metering Project, which is being funded by the African Development Fund (ADF) to the tune of $27.39 million.

The Ghanaian government’s electrification project also includes the installation of 12,000 rooftop solar photovoltaic systems for small and medium-sized enterprises (SMEs). All of the centralized and decentralized solar systems will have battery storage systems. This is a major solar electrification project that is supported by other financial partners, including the Climate Investment Fund (CIF), of which the AfDB is an executing agency.

The CIF is co-financing the project under its Renewable Energy Scale-Up Program (SREP) aimed at scaling up the deployment of renewable energy solutions and developing renewable energy markets in developing countries. SREP is already benefiting Ethiopia, Mali, Kenya, and now Ghana. The West African country will receive $28.49 million to implement its solar off-grid electrification project.

The solar photovoltaic mini-grid and net metering project is also being co-financed with $13.30 million from the Swiss State Secretariat for Economic Affairs. According to Ghanaian government estimates, the project is expected to produce 111,361 MWh annually, corresponding to an installed capacity of 67.5 MW. The future facility is also expected to reduce greenhouse gas emissions by 0.779 5 million tons of CO2 equivalent per year and create up to 2,865 jobs during construction, 30% of which will be for women and youth.