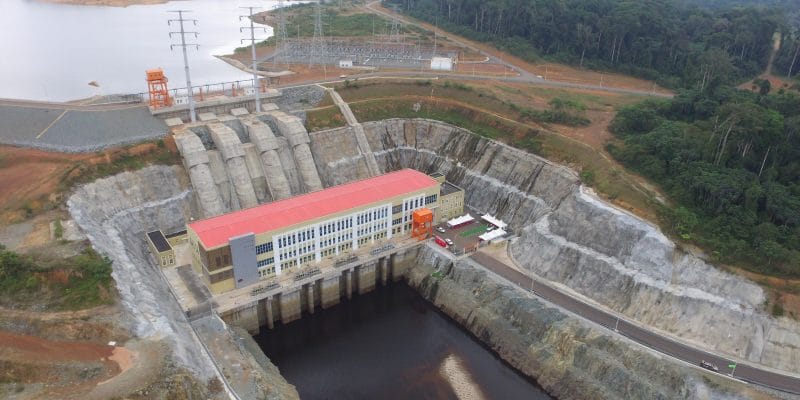 In Cameroon, construction work on the Nyabizan-Yaoundé evacuation line remains unfinished and is delaying the commissioning of the Memve’ele hydroelectric dam in the southern region. The populations affected on the corridor of this 30 km transmission line that separates the site of the dam from the city of Yaoundé are waiting for a decree approving their compensation worth about FCFA 3 billion (€5 million) euros.

The complete commissioning of the Memve’ele dam in the southern region of Cameroon is still dependent on the completion of the construction of the Nyabizan-Yaoundé evacuation line. The populations located along the route of this line are claiming nearly FCFA 3 billion  (5 million euros) in compensation.

The authorities have not yet validated the decree on this compensation, which is conditional on the occupants vacating the site in order to complete the work. The problem of compensation arises in the locality of Ngomedzap, Nyong et So’o department, from the village of Nkolkoumou where work has stopped. The departments of Mefou and Afamba, Mefou and Akono and Mfoundi where the capital Yaoundé is located are also affected by the claims of the people.

At the end of 2020, Théodore Nsangou, the general manager of Electricity Development Corporation (EDC), the public company in charge of the project, undertook to pay 150,000 euros in compensation to the people of Ngolzock by Nsimalen, in the Centre region. This operation was a precondition for the installation of the pylons of the transmission line of the Memve’ele hydroelectric dam.

The dam of all hopes?

The construction of the Memve’ele hydroelectric dam was launched in January 2013. This infrastructure with a total capacity of 211 MW, is built on the Ntem River, in Nyabizan, a village located 300 km from Yaoundé, and near the border with Equatorial Guinea.

The Memve’ele hydroelectric dam delivered its first 80 MW in April 2019. Work already carried out, for the connection of the 225-kilovolt line of this plant to the 90/30 kilovolt substation of Mbalmayo, allows the plant to currently inject 80 MWp into the interconnected network of the southern Cameroon region (RIS) from Memve’ele to the Djop substation. This will allow the utility company Eneo to redistribute them to Cameroonian households.