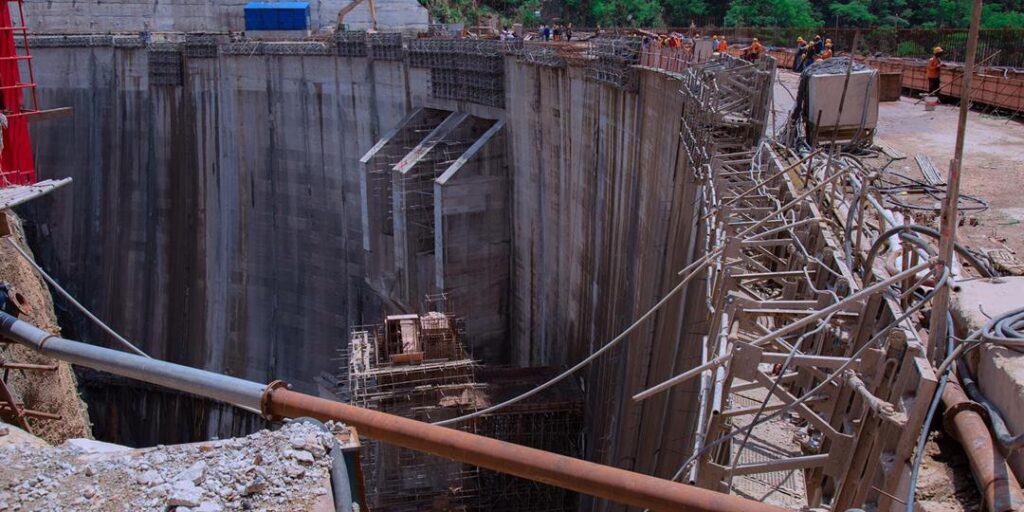 A group of mining experts suggested capitalizing on the experience of the Sino-Congolese Mining Company (Sicomines SA) with its Busanga dam, in improving the energy production of the 217 hydroelectric sites of the Democratic Republic of Congo (DRC).

These experts indicate in the publication of their research that the Sino-Congolese cooperation remains more active and reassuring messages from President Félix Tshisekedi sent to investors contribute strongly to improving the business climate in the Democratic Republic of Congo.

On the other hand, they revealed two recent events which marked the Chinese presence in the DRC, during the stay of the Head of State in Grand Kasaï from December 24, 2021 to January 6, 2022, citing the invasion of Sacim’s installations in Miabi and renewed confidence in the financing of the China Exim Bank in the construction of basic infrastructure, specifically the road network.

As for the first event, they believe that even if some could minimize it, it is a bad message to investors, because according to them, the uncivil who seize the gravel, hoping to find diamonds there, would be a sign of trouble in business.

As for the second event, according to these experts, the development of the urban roads of Kananga and the construction of the Kananga-Kalamba Mbuji road entrusted to Chinese builders demonstrates the will of this company to support the vision of the Congolese Head of State. , in the development of road infrastructure.

“​China EximBank has a proven track record in Kongo Central in financing the Zongo 2 Dam with a capacity of 150 MW and the Kinsuka Substation, Integrated Distribution Network, they note, also highlighting the financing at the Lualaba of the Busanga dam, the capacity of which is 240 MW.

These same experts indicate that certainly, Zongo 2 and Busanga are not comparable to the 22,500 MW (installed power) of the Three Gorges, in the province of Hubei, in the People’s Republic of China.

They continue, however, that at least it is a sign that shows that for the 217 sites listed throughout the national territory, Chinese expertise in technology and finance recommends itself.

In his inaugural speech on January 24, 2019, President Félix Tshisekedi devoted an entire chapter to the hydroelectric potential of the DRC. “Our country has the highest hydroelectric potential in the world. More than one hundred thousand Megawatts are available on 217 Hydroelectricity production sites that can allow both the construction of micro-dams to larger infrastructures”, he declared.

​While deploring the fact that “only 2.6% of this potential is exploited”, he was delighted with the possibility, in the next 10 years, of reaching 50% service.

In an Africa whose average access to electrical energy is 30%, Congo-Kinshasa, he noted, lags behind with less than 9%.

​Referring to UNDP studies according to which 76,000 Congolese villages are able to be self-sufficient with their waterways alone, and inviting his compatriots to action and innovation, the Head of the State had deduced that “Our energy deficit impacts productivity in all sectors of our economy” and stressed that “according to modern standards, we will initiate all ranges of hydroelectricity projects in all provinces of the country”.

He had, at the same time, alluded to the Inga III and Grand Inga projects.

​For Grand Inga, visiting the Three Gorges hydroelectric complex in 2015, his predecessor Joseph Kabila was told by Chinese expertise: “…we have the technology, we have the money, give us Inga”.

BEIJING speaks little but acts more
Moreover
, these same experts explain that China has always been available to contribute to the economic growth of its partners.

“That is to say that for any type of electric dam, financing from Exim Bank guarantees the acceleration and finalization of the projects within a given time frame.

Founded in 1994, it is more specialized in foreign trade and placed under the supervision of the State Council of the People’s Republic of China. It is headquartered in Beijing (Peking). Within this council operates the Chinese Development Cooperation Agency (CIDCA), whose main mission is to “implement China’s development and international aid policy”. It works to fight poverty. “, we note.

​As an example, in the DRC, the Kinsuka substation whose works were launched by President Félix Tshisekedi on July 27, 2021, its financing caused China EximBank to say that once completed, the electricity network will become the first network DRC’s automated distribution system, and the 220 KV substation will be the largest and most advanced in Kinshasa, we learned.

The project aims to significantly improve the local electricity supply and will extend the coverage of the DRC’s national grid and stimulate the country’s economic development.

​President Felix Tsisekedi thanked China for its financial and technical support for the project and expressed his willingness to conduct more mutually beneficial and win-win cooperation with China, reads on the website of this Chinese public bank, adding that China Eximbank has always attached great importance to cooperation with the DRC and has financed a number of key projects in its energy, transport, telecommunications and other sectors.

The same source adds that the bank has helped promote bilateral economic and trade cooperation and facilitated the economic and social development of the DRC.

A way to demonstrate how Beijing talks little but acts a lot while the most vocal partners (its slayers) talk more but act less.

They are desperately waiting to see Felix Tshisekedi run out of argument in 2023 for a second term.

​A way above all to invite the Head of State, within the framework of the Development Program of the 145 territories, to reassure the partners willing to accompany him in the development of the 217 hydroelectric sites in search of investments.