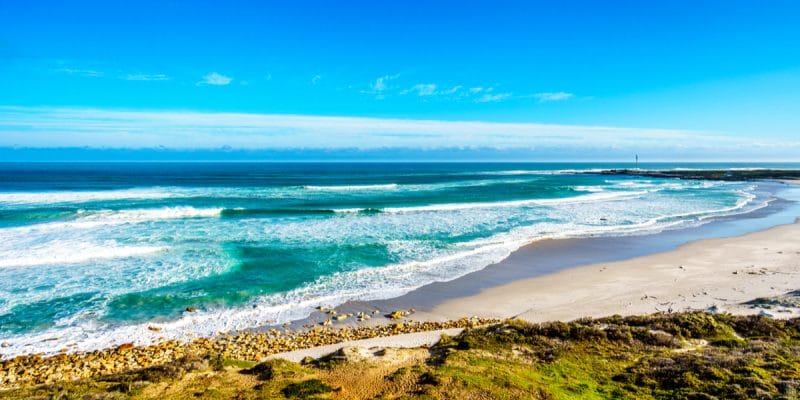 In the Democratic Republic of Congo (DRC), a large part of the Mangroves Marine Park, located in the province of Central Kongo, will be swallowed up by the construction project of the Banana deep water port. The foundation stone for the gigantic project, estimated to cost $1.3 billion, was laid on January 31, 2022, much to the dismay of local organizations, who see it as a threat to local biodiversity.

The President of the Democratic Republic of Congo (DRC), Felix Tshisekedi, laid the foundation stone for the construction of his country’s first deep-water port on Monday, January 31, 2022, in the town of Banana in the province of Central Kongo. With a total estimated cost of 1.3 billion dollars, the realization of the mega project is ensured by the Emirati company DP World (DPW), subsidiary of Dubai World. The first phase of the project includes the construction of a 600-meter quay and a 25-hectare storage platform. The platform will have an annual capacity of more than 300,000 containers, or more than 1.3 million tons of cargo.

Despite the jobs and economic income guaranteed by this Deepwater port project, its realization is denounced by several non-governmental organizations (NGOs) for the protection of nature. This is because the Deepwater port of Banana is being built in a protected area, recalls Jean Marie Muanda, provincial coordinator of the Climate Working Group based in Central Kongo. “An important area of the mangrove marine park could be affected by this project. It is an important biodiversity area for the region, but also, there are endemic species in the area, including manatees. I think that the authorities should provide for investigative measures to avoid that the realization of the Deepwater port of Banana could be a real problem for the local biodiversity, “says Jean Marie Muanda.

The Mangrove Marine Park was created in 1992. With an area of 768 km², it is located on the northern bank of the mouth of the Congo River, near the towns of Banana and Moanda. The park was designated a Ramsar site on January 18, 1996. In addition to manatees, this area, which is guarded by a curator and nearly 20 rangers, is also home to hippos, various species of monkeys, crocodiles, monitor lizards, turtles and snakes.

To preserve these wild species, already threatened by poaching, Apollinaire Nsoka Ngimbi, coordinator of the Initiative for Local Development (IDEL), has asked the DR Congolese government to “conduct environmental impact studies before the port is built. The government must provide, he continued, “compensation mechanisms before the laying of the first stone, because until today these alternative mechanisms are not clear.

And yet, at the Congolese Institute for the Preservation of Nature (ICPN), they are rather reassuring. Olivier Mushiete, the director of the ICPN, assures that they will do everything to approach the promoters of the project in order to encourage them to set up a permanent monitoring system of the environmental impacts of the port.