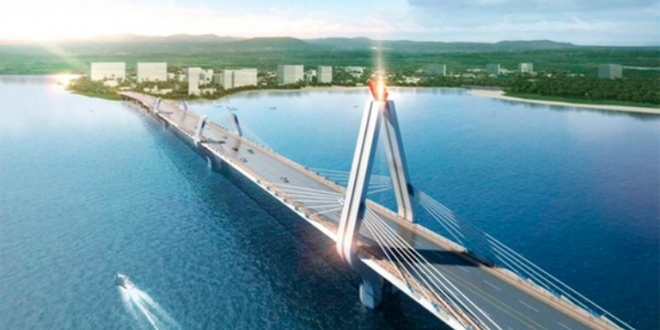 The construction of the Tanzanite Bridge aka New Selander Bridge has been completed by 99.8 percent and what is left is the completion of the security barriers.

On Tuesday, there were media reports in South Korea (Korea Herald) that bridge’s builder GS E&C had completed its construction and that it was set for official opening.

This is the largest development project funded by the South Korean government in Africa and the first bridge project GS E&C has worked on in Tanzania.

However, according to the Tanzania National Roads Agency (Tanroads) anytime from now city dwellers will start using the new bridge.

Mr Mativila told The Citizen that despite the construction of the barriers which were not included in the initial plan, the cost of project remain the same, adding that they expect that the bridge will considerably reduce congestion on Ali Hassan Mwinyi Road.

He said Tanzanians will once again see a bridge with international standards which is also a tourist attraction and that will help beat the traffic jam especially during the peak hours.

The project broke grounds in 2018. The new bridge is jointly funded by the Tanzania government and the government of  South Korea at 82.9 per cent of the entire cost. It connects roads linking Aga Khan Hospital and Coco Beach and it measures approximately 6.23 kilometers at a cost of Sh256 billion.

With a 180-tonnage Capacity, the bridge is expected to ferry 55,000 vehicles or thereabouts per day, and this is expected to significantly reduce congestion along the overwhelmed independence-time Selander Bridge.

The old Selander Bridge was constructed back in 1929 and named after John Einar Selander, Tanganyika’s first Director of Public Works.

The New Selander Bridge has combined the characteristics of a girder bridge and a cable-stayed bridge to make it lighter.

The technique enhances construction and economic feasibility, according to the builder.