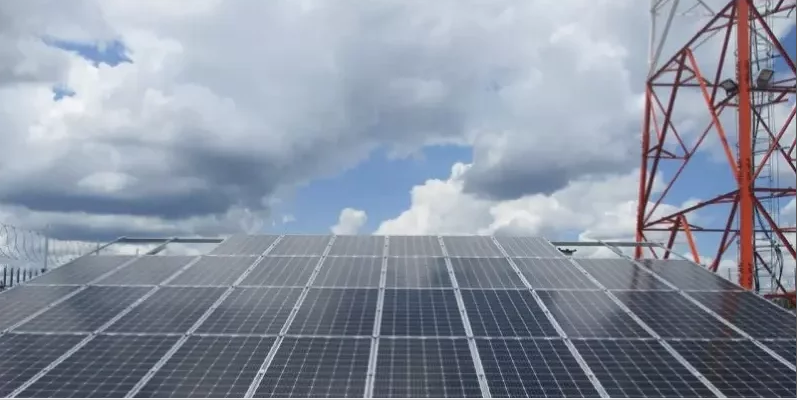 Angola’s cell phone company Unitel has signed a contract with Huawei, the Chinese technology giant, to implement green power generation systems for its network. The initiative aims to reduce the use of diesel generators, allowing Unitel to optimize the sustainability of its services in the central African country.

Chinese technology giant Huawei has entered into a partnership with telecommunications operator Unitel based in Luanda, the capital of Angola. The two partners will work together to build a target network of green energy, that is to say environmentally friendly and low carbon dioxide (CO2). This will involve Huawei redesigning Unitel’s network by reducing the number of diesel generators, introducing solar photovoltaic systems and lithium batteries.

According to Huawei, the use of low-carbon technologies will allow Unitel to “reduce the time spent by its crews on diesel generators by up to 75 percent and its operating costs by 40 percent.”

According to the Angolan company, Huawei’s work will allow Unitel to optimize the energy efficiency of its network, and improve the availability of its services. “This will be reflected in new services such as domestic broadband and the 5G strategy (the fifth generation of standards for mobile telephony, editor’s note), as well as the fixed network to reduce energy investments and the challenges brought by these new services,” said José Mavungo, director of the maintenance department at Unitel. At the same time, Huawei plans to deploy the solution in other African countries.

With a population of 1.2 billion people, 31% of whom are not connected to the Internet and 51% of whom do not have a reliable power supply, Huawei advocates the use of renewable energy, mainly solar, for telecommunications. “Telecommunication operators alone already account for 2% of total global energy demand. In addition, increased energy consumption means more CO2 emissions, which has a significant impact on global climate change. Digital innovations must serve Africa’s energy transition,” says Sean Xiao, Huawei’s Director of Strategy for North Africa. The Chinese group is deploying energy solutions with strong integration and Artificial Intelligence (AI) capabilities.