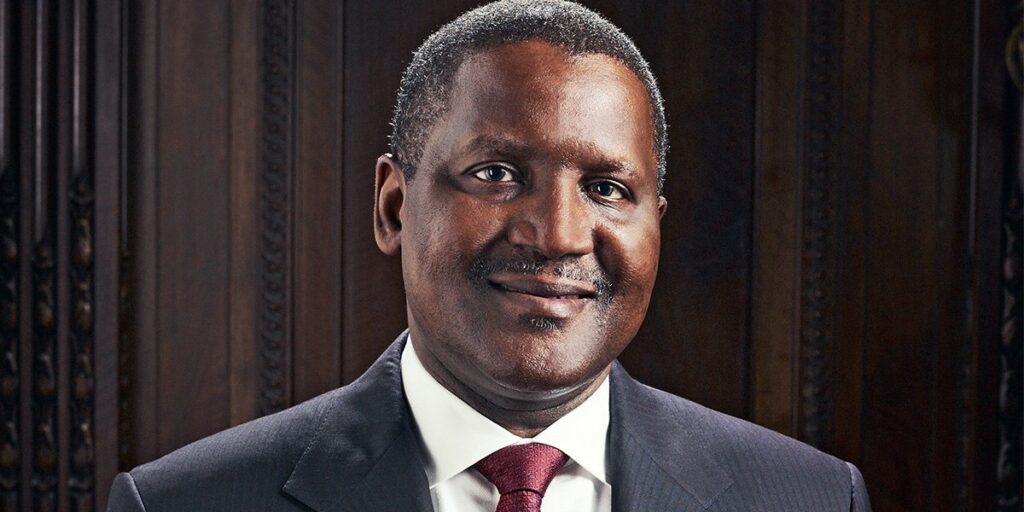 When Aliko Dangote, Africa’s richest person, decided to construct a refinery in southern Nigeria on a plot of swampland almost half the size of Manhattan, he turned to a man who’s helped him transform a small trading company into an industrial empire spanning the continent.

For 30 years, Devakumar Edwin has navigated some of the world’s most difficult business environments to build Dangote’s textile factories, flour mills, food plants and cement firms. Now he is overseeing its biggest project yet: a $20.5 billion oil refinery and fertilizer complex.

The investment is so loaded with superlatives that Edwin reels them off like a shopping list: the biggest crude refinery of its kind in the world; the world’s third-largest fertilizer maker and second-biggest producer of urea; the largest investment ever made in Nigeria; a pair of plants so huge in scope he had to create one of the world’s largest construction companies to develop them.

For Dangote it provides the possibility of dominating the refined-petroleum-products sector the way he has cement and sugar, two markets he effectively controls — with the help of friendly government policy — in Africa’s biggest economy.  It will cater to demand for fossil fuels that’s expected to grow on the continent in the coming decades, even as the rest of the world moves to decarbonize.

Drive some three hours east through the traffic-snarled streets of Lagos, Africa’s largest city, and you reach the entrance to the complex, where the skyline becomes a maze of cranes and pipes, fuel-storage tanks the size of city blocks, and steel columns the height of high-rise buildings. Set atop nearly 10 square miles of land, the petrochemical complex is shrouded by a hazy mixture of dust kicked up by hundreds of construction vehicles crisscrossing the site and the humid equatorial air on Nigeria’s coast.

The venture is Dangote’s most audacious attempt to profit from the monumental inefficiency of Africa’s largest oil producer. Mismanagement, under-investment, dilapidated or non-existent infrastructure, violence, endemic corruption and theft of an almost unfathomable magnitude have left Nigeria with an entirely broken business model.

While oil and gas sales typically account for about 90% of Nigeria’s export earnings, the state receives a relatively modest sum from the trade – less than $8 billion in 2020, according to the country’s Budget Office. The government’s potential benefits from the industry are further eroded by rampant crude theft – as much as 150,000 barrels per day, according to the government, which is about $5.5 billion a year at current prices. Because Nigeria lacks refining capacity, the state energy company swaps crude – about  a quarter of the country’s entire output last year – for imported gasoline, which it then subsidizes so that pump prices are among the lowest in the world – about 40 cents a liter.

The government expects to spend $9.6 billion on gasoline subsidies this year — more than double the amount it spends on education, health and defense combined, government data show. The payment imposes “a massive and unsustainable burden” on government finances, the World Bank said in a report in November.

The government knows how important Dangote’s refinery is to its fortunes — and the billionaire knows how crucial being on the government’s good side is for his own.

Last August, the national oil company took a 20% stake in the refinery project for $2.7 billion. For Abuja, it means a seat at the table running the refinery and a steady flow of foreign exchange in the form of dividends, said Tajudeen Ibrahim, head of research at the boutique Lagos investment bank Chapel Hill Denham. The government taking a stake was all but inevitable given its strategic importance, Ibrahim said. And Dangote, who’s worth $20.2 billion, knows how big business works in Nigeria.

The billionaire has long denied claims that he uses close government ties to bolster his business. Yet he will be the major beneficiary of provisions in Nigeria’s recently passed Petroleum Industry Act that restrict the license to import refined products for the purpose of covering any shortfalls in local supply to companies with active local refining capacity, said Ayodele Oni, partner at Bloomfield Law Practice in Lagos.

Dangote has a lot riding on the refinery, which was financed by retained profit from Dangote Group’s other businesses, and supplemented by a $3.3 billion syndicated-bank loan arranged by Standard Chartered Plc.

Before building the sprawling complex, Edwin had to construct roads, a port and two power plants, more than doubling costs from the initial $8 billion estimate and delaying its completion by six years. He spent two years and $300 million pumping 65 million cubic meters of sand onto the project site to raise its altitude by 1.5 meters, shoring up the investment against a potential future rise in sea levels caused by global warming.  Observers have also attributed the delays to Dangote acting as its own engineering, procurement and construction contractor, taking on responsibility usually delegated to the likes of Saipem SpA or KBR Inc., in building a facility far more complex than a cement plant.

“I haven’t gone on vacation for more than three years,” the 65-year-old executive, who hails from Tirunelveli in the Indian state of Tamil Nadu, said in a March 31 interview at the project site. “Now it’s seven days a week work.”

The facility is now nearing completion, including a $2.5 billion urea plant that began operations last month and is already shipping products to the U.S., India and Brazil. Once the refinery starts output, the company plans to list them separately, “probably on the London Stock Exchange,” Edwin said, declining to give any information on expected timing. Dangote has long talked about a secondary listing on the LSE for his cement company, the biggest producer in Africa, but has repeatedly pushed it back, most recently until 2023.

The 650,000 barrel-per-day capacity refinery is scheduled to come on stream in the fourth quarter, Edwin said. After meeting President Muhammadu Buhari in Abuja last week, Dangote said he expects the Nigerian leader to commission the plant before his term expires in May 2023.

Once operational, Edwin says the refinery can quickly ramp up to 90% of capacity. The IMF in a February report estimated that it would produce 50,000 barrels-a-day in 2022 and hit 300,000 per day by 2026. Just 60% of the facility’s output can meet all of Nigeria’s fuel consumption needs — potentially making the nation self-sufficient in refined petroleum products for the first time.

Edwin projects that the combined value addition that the urea and petroleum facilities bring will have “a large impact” on Nigeria’s $432 billion economy. He said export proceeds will also support the naira, which Nigeria’s central bank has devalued three times over the past two years.

“Once the refinery comes in fully, I don’t expect the currency to slide any further against the dollar,” Edwin said, though few economists agree. “There is every possibility the currency can strengthen.”

Export earnings from the complex will meet the entire foreign-exchange needs of the Dangote Group, eliminating one of the biggest sources of dollar demand in Nigeria, he said. The project also means the government will no longer need to send hard currency out of the country to pay for refined products, he said.

Despite Edwin’s enthusiasm, the project won’t be a panacea for all of Nigeria’s economic woes. The refinery won’t address the Nigerian government’s inability to profit from the surge in oil prices this year. The OPEC member is unable to meet its production quotas, partly due to massive pipeline theft, and if the subsidy remains, costs for the government are more likely to rise than fall even when the refinery opens.

Large sections of the pipeline network in Nigeria’s oil-rich Niger River delta are unprotected, passing through labyrinthine creeks far from the reach of authorities. Where militant groups once blew up the installations in an armed campaign against oil companies and the government, today tankers of crude are stolen relatively peacefully.

If Dangote’s refinery relied on pipelines, says Edwin, “I wouldn’t get any of my oil.” So he built the facility to receive oil only via ship, and to deliver it only via road and sea.

Edwin brushed off questions on the wisdom of investing tens of billions in an oil refinery at a time when the world is decarbonizing. Sub-Saharan Africa is likely to lag the rest of the world in both renewable energy and electric vehicles, he said.

But the company has abandoned plans to double refinery capacity, with forecasts showing that demand for fossil fuels will remain flat at best. It does plan to expand its fertilizer business, which is booming because of the impact of the war in Ukraine — a key supplier of the crop nutrient.

Dangote plans to acquire mining licenses in either Senegal, Togo, the Republic of Congo or Democratic Republic of Congo to produce phosphates for the fertilizer expansion. It also has plans to explore potash opportunities in the two Congos, Edwin said. Those plans will be fleshed out once he’s achieved the immediate target of getting the refinery operating this year.

“I’ll take my vacation after we start,” he said.