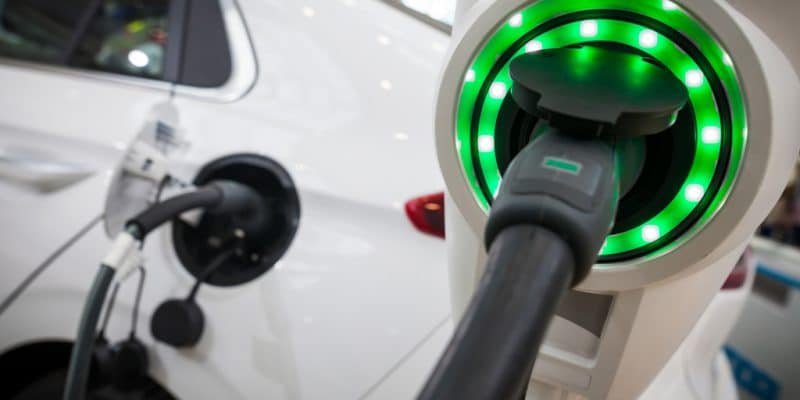 In a recently published report, the American car manufacturer General Motors (GM) and the British think tank Oxford Business Group (OBG) demonstrate the need to accelerate electric mobility in Africa at a time when the continent is paying the price of climate change. However, this transition, which aims to decarbonise transport systems, faces a number of challenges linked in part to the lack of funding.

“Preparing for the Green Automotive Transition in Africa and the Middle East” is the title of a report produced jointly by the American car manufacturer General Motors and the Oxford Business Group (OBG), a think tank based in London, UK, and represented in more than 30 countries around the world. In it, the contributors explore the role that electric vehicles could play in reducing the carbon dioxide (CO2) emissions that contribute to global warming.

For the CEO of General Motors in Africa and the Middle East, one of the report’s authors, research and development (R&D) is key to implementing electric vehicle technologies to limit the traffic congestion that causes air pollution among 1.4 billion Africans, or 18% of the world’s population, according to a World Bank estimate. “In the United Arab Emirates (UAE) we will reduce our CO₂ emissions by more than 24,000 metric tons before 2035. Thereafter, we plan to make all our global products and operations carbon neutral by 2040, especially in Africa,” announces Al Shurafa.

According to the International Energy Agency (IEA) based in Paris, France, about 30 million electric vehicles will be on the road worldwide by 2030, representing $5 trillion in savings. While this represents a great deal for car manufacturers and suppliers, access to charging stations coupled with the range of electric batteries and their lifespan remain a concern for drivers.

“Reducing greenhouse gas emissions in the transport sector is a major challenge in the fight against global warming and for the preservation of air quality in our cities. The electric vehicle is a sign of progress, with the development of renewable energies, energy optimisation and the comfort of road users in particular”, explains Yannick Duport, Director of Electric Mobility at the Electricité de France (EDF) Group. The African continent has also jumped on the “all-electric” bandwagon in recent years.

Africa on the way to sustainable mobility

This transition, although financially costly, is already underway in Kenya where many initiatives in favour of low-carbon transport are in the making. This is the case of the electric bus assembly company BasiGo, which only six years after its launch has won the Keeling Curve award for climate innovation from the Global Warming Mitigation Project (GWMP). In East Africa, BasiGo competes with other start-ups such as Ampersand, which claims to have 400 electric motorbikes on the road in Kigali, Rwanda, and Kampala-based Zembo, which has 27 battery exchange stations for electric motorbikes.

These investments in electric mobility support the implementation of the Nationally Determined Contributions (NDCs) adopted under the Paris Agreement in 2015 by 193 countries including West Africa. Togo and Benin, for example, are now relying on electric mobility to reduce their greenhouse gas emissions. Recently, the International Finance Corporation (IFC) provided $10 million in financing to Gozem, a mobility start-up operating in the sub-region. The loan will be used to deploy a fleet of 6,000 electric motorbikes in the two neighbouring countries by 2023.