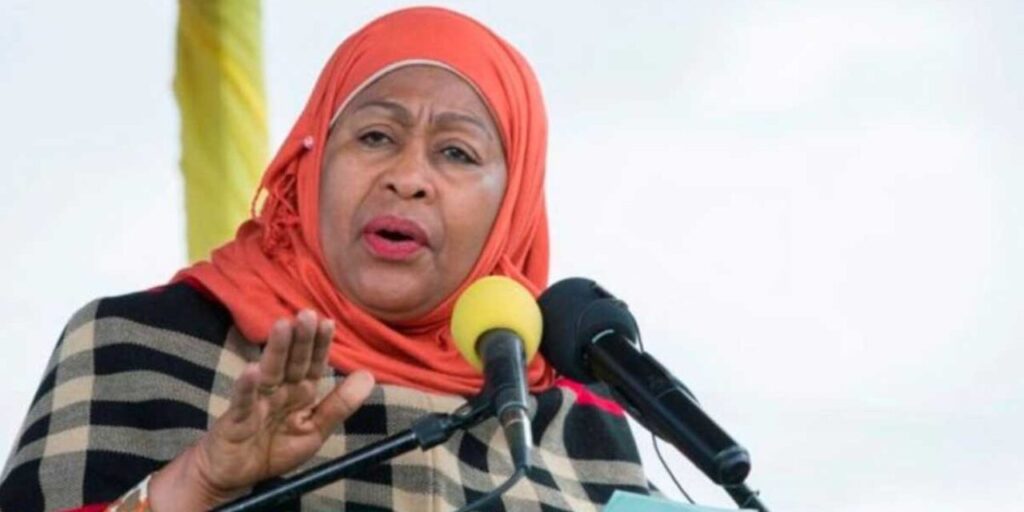 PRESIDENT Samia Suluhu Hassan has said her trips abroad have contributed highly in opening up the country and created a myriad of economic opportunities.

During her first year in the office, President Samia has visited 13 countries inside and outside Africa in an effort to cement bilateral ties and market out the country’s investment and tourism opportunities.

During her visits, the president, among other programmes, held official talks with her hosts on ways to improve trade volume between them and Tanzania as well as cementing the ties that have existed for a long time.

Speaking during an interview aired by Tanzania Broadcasting Corporation (TBC) yesterday, President Samia said through her visits, Tanzania has attracted a good number of foreign investors, who have shown an interest to invest and trade in the country.

“But we have also seen good outcomes of the visit to Kenya, whereas now our two countries are enjoying an improved business climate after President Uhuru Kenyatta and I discussed a number of challenges that were hindering businesses between our two countries,” she explained.

Also, when addressing the United Nations General Assembly (UNGA) in New York UN last year, President Samia used the platform to inform members of the international community on Tanzania’s readiness to continue working together with the global community on pushing forward development agenda for mutual benefits and understandings.

She did the same during the Cop26 summit in Glasgow Scotland, as well as during her tours in France, Belgium, Egypt and the recent visit to UAE in Dubai. According to President Samia, all those tours paid huge dividends.

“Tanzania will continue to cherish multilateral cooperation in line with implementing economic diplomacy policy,” insisted President Samia, noting that the government will continue taking efforts on marketing the country outside.

“Right now, we have secured a market for Tanzania rice in Belgium; this is so encouraging to see an increased number of Tanzania products being demanded abroad,” she said.

President Samia also reiterated commitment to carry on the implementation of the development projects that were initiated by her predecessor the late Dr John Magufuli, as well as introducing some new projects aimed at improving service delivery as well as contributing to the economy.

The projects include the construction of Standard Gauge Railway (SGR) where she said plans are on cards for construction of the lot 5 from Tabora to Kigoma for it to be connected to Burundi and later in the Democratic Republic of Congo (DRC).

She also said the construction of the Julius Nyerere Hydroelectric Power Project (JNHPP) has now reached 56 per cent and it will be completed in 2024.

In terms of revenue collection, President Samia noted that the government has increased collections by 97 to 98 per cent, with some months exceeding 100 per cent, especially during special months like December.

“We have increased revenue collection because we have established a conducive environment for doing business,” she added. “There was a moment when many people closed their businesses, but tax reforms have helped the traders return.”

She noted that in the past, many apartments were vacant and businesses were shuttered, but that this has changed as a result of recent tax reforms.

Ms Samia added that the Tanzania Revenue Authority (TRA) has created a system in which, if a trader defaults, he or she will be contacted, questioned, and given time to settle dues.

“As investment rises, the scope of tax collection expands as well.” “We intend to collect more revenue in the coming two or three years as investors continue to flock into the country,” President Samia stated.