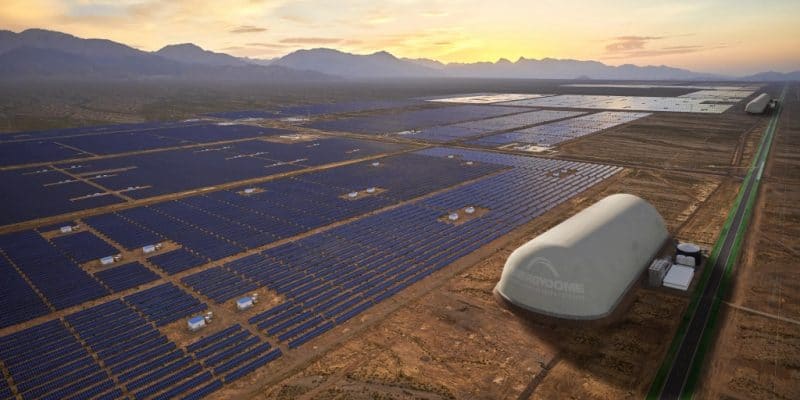 Italian companies Energy Dome and Ansaldo Energia have signed a partnership for electricity storage in Europe, the Middle East and Africa. Energy Dome has developed a storage technology based on carbon dioxide (CO2).

Fossil fuels are gradually being replaced by renewable energies. But the production of solar or wind energy depends on natural conditions, in particular the level of sunlight and wind speed, which can vary… Electricity storage makes it possible to get around this intermittence. And Energy Dome’s solution is rather interesting, in that it differs from the solutions known so far in Africa, notably based on lithium-ion batteries, the production of which can pose some environmental problems.

Energy Dome’s technology is based on CO2. In concrete terms, CO2 is used as a storage agent in a closed-loop charge/discharge cycle. Before charging, the gaseous CO2 is stored in a large dome-shaped structure. During charging, electricity from the grid is used to compress the CO2 into liquid form, creating stored heat. On discharge, the liquid CO2 evaporates using the stored heat, expands back into its gaseous form and is used to drive a turbine to generate electricity.

To disseminate its solution, Energy Dome has signed a non-exclusive licensing agreement with Ansaldo Energia. The two companies plan to deploy the first CO2 batteries, including performance guarantees, from 2023, with Ansaldo Energia acting as EPC (engineering, procurement and construction contract), based on the Front-End-Engineering-Design (FEED) developed by Energy Dome. The company founded by Claudio Spadacini plans to build 30 plants over the next five years in Italy, Germany, the Middle East and Africa.